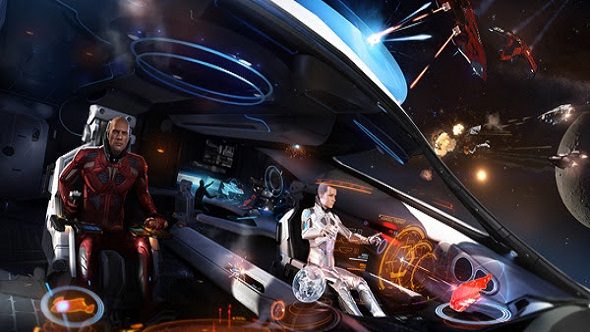 Select players will be able to get a head-start on getting to grips with the Elite: Dangerous commander creator soon, as the beta for The Commanders update is landing on February 26.

Chart your path through the stars with our list of the best space games.

For the first time ever in Elite: Dangerous, players will have a face. It’s kind of a big deal to have a face when you want to be the most feared pilot in the galaxy.

The commander creator will let players sculpt their very own Captain Kirk before heading into the black, choosing their look from a selection of available options.

There’s a very good reason you’ll need a face, too. That’s because multicrew will also be arriving in the update, letting you and a friend co-pilot certain ships. Imagine peering to your side in VR and seeing your real-life mate sat next to you, fiddling about with your ship’s systems. It sounds great.

The beta will also add a host of other improvements, which we’ll find out more about later.

Frontier say development for the update is now in the final stages, so the nitty gritty will be coming soon, detailing exactly how these new features will work. There will also be a dev spotlight showing the features off, as well as a pre-beta livestream.