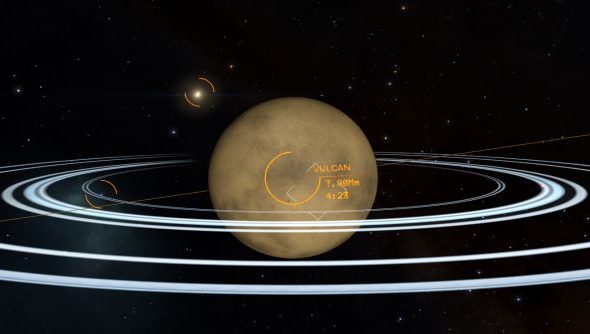 The world is still reeling from the passing of Star Trek actor, Leonard Nimoy, yesterday afternoon. Many in the PC gaming community, both players and developers, have expressed their respects via kind words and in-game acts.

Space simulator, Elite: Dangerous, is no different from the rest, with Star Trek being close to their hearts. Executive producer Michael Brookes has announced to the community that a station will be added orbiting the planet Vulcan, and it will be named after the late Vulcan himself.

The station will be located in orbit around the already existing planet Vulcan, in system LHS-3006. Being named “Nimoy Station”, executive producer Michael Brookes announced that the station will be added with the incoming 1.2 update.

Players have also expressed other small signs of respect to be added to the station itself. One players asked that the text around the entrance say “live long and prosper” as well. Nevertheless, you can expect many commanders to be making the pilgrimage once the update is released.