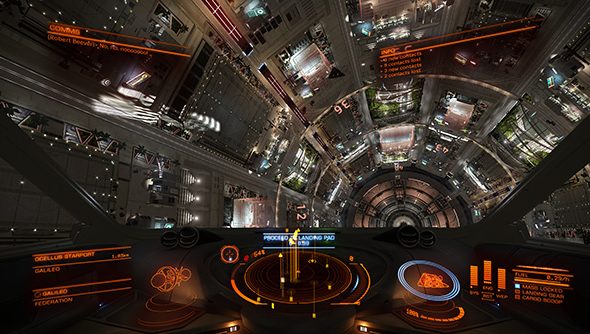 Once Elite: Dangerous reached 1.0, it was officially done. But there are always more rocks to conquer. In the case of one of the best space games on PC, there are still bugs to fix and a fairly empty galaxy to fill.

Frontier’s interplanetary drift has today seen them push improvements to matchmaking, exploit-dodging and stability into their space sim.

Frontier swept everyone off Elite’s servers at 11am GMT this morning to implement the changes – which are happening both player and server-side.

Private groups and matchmaking have also been improved for when Elite’s at its busiest – and Frontier have fixed a rare instance in which players were unable to load the game at all.

A final note: Elite’s daily maintenance period is now weekly, so expect galaxy servers to be unavailable at 7am GMT on Thursday mornings. Got all that?