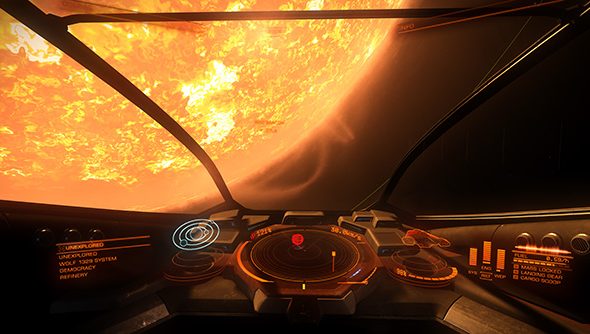 Elite: Dangerous hit its big launch milestone at the tail end of last year, and now Frontier Developments is looking toward the future. There’s already been patches, mainly bug fixes, but also the inclusion of a new world that was only discovered last week.

More significant updates, however, are on their way, and by this time next month, version 1.1 should be out.

The jump to 1.1 will bring in next content and features, along with fixes that didn’t make it into the intermediate patches. Frontier will be hosting betas for Elite’s big updates, and everyone who had beta access to the game itself will be able to jump in. Other players will be able to buy into the beta, which is a bit odd when it’s just an update.

If the beta testing goes well, the update will be released to the masses a week later.

The first update will hit beta in the first week of February, and while Frontier isn’t ready to go into detail, executive producer Michael Brookes teased a new way to work with other players – which is very needed, given how lacking the game’s multiplayer features are – as well as an increase in the maximum distance of the route planner.

Paid expansions are also on the cards, and they’ll also have their own beta phases.

What are you pilots hoping to see appear in the upcoming updates?