“The reason I wanted to do a space sim way back then,” David Braben tells me about 1984’s Elite, “is because I realised what you could do and draw was very constrained by the power of the machine.”

After experimenting with creating landscapes on his BBC Micro and Acorn Atom and quickly discovering that the hardware simply wasn’t powerful enough to run them in a useful way, the Cambridge undergrad Braben engineered a solution. “I thought, Space? well I can draw dots.”

To no one’s surprise, Elite Dangerous is among our best space games on PC list. But what are the others? Will you sleep tonight living in ignorance?

Thirty two years after Elite’s release when he and co-developer Ian Bell were still at university, Braben has founded his own studio, and produced the Rapberry Pi, a computer cheap enough to give away on the cover of a magazine and small enough to fit in your pocket. He’s been awarded a knighthood for his services to the UK computer and video games industry. 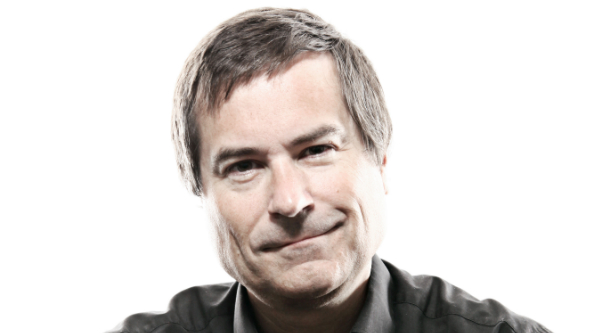 Having made his name developing a game with depth and scale well beyond any of its contemporaries in 1984, you get the sense that each new generation of hardware technology to Braben represents another opportunity to realise his grand space game vision with fewer compromises.

That much is certainly evident in 2014’s Elite Dangerous, which features a 1:1 open world galaxy based on our own Milky Way. It’s also evident in the huge, player-directed power struggles going on throughout that galaxy. “At the top level we’ve got these super powers,” says Braben, “who are changing, but amazingly actually they’re still there.

“And within the super powers we have what we call ‘powers’ who are all vying for power in different ways. There are all sorts of governments that have been overthrown.”

The Galaxy recently saw its first ever female Emperor,Arissa Lavigny-Duval. There’s a lot of Elite lore that explains why she’s referred to as an emperor rather than an empress, Braben explains, but her appointment is shaking up the establishment. 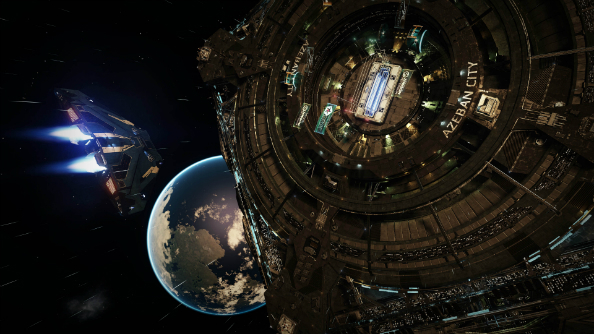 “She is changing things, but the players were quite instrumental because actually I thought it was going to be someone quite different. There were certainly four quite strong contenders and the player backing went to [Arissa] over the others.

“Actually it was a close run thing. There was a guy called Denton Patreus who I thought was likely to become the emperor because he was a very militaristic character.”

Each candidate had their own political leanings, including one who was by Braben’s own admission “quite overtly a slaver. One of the amazing things is that players seem to quite like slavery, because there’s a lot of money to be made.”

Elite Dangerous is characterised by the way it lets its players shape a galaxy’s worth of political regimes as well as its technical accomplishments. But Braben’s 1984 debut Elite was, by neccessity, a solo adventure through the trading routes of BBC Micro-rendered space. 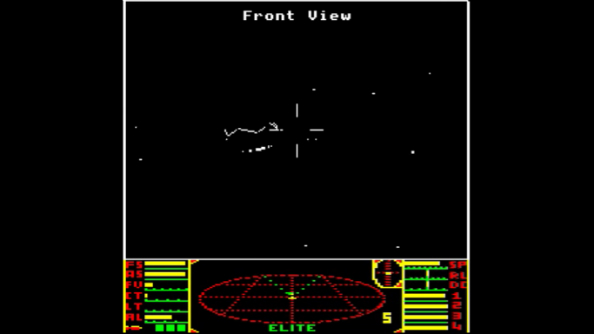 The problem of how to populate that space with AI adversaries was one of many that Braben and co-developer Ian Bell had to overcome by inventing previously unexplored programming solutions. While Braben was working on the galaxy map and trading elements, Bell created the initial AI routines for Elite.

“He did this set of routines that were mathematically really good, using something called a tensor, for people who care, to calculate the optimal approach.”

Bell’s routines worked well. “It was really good. The trouble was, it was really good. So it was almost impossible to shake them off your tail. And it was no fun, because they immediately went off screen came up behind you and killed you.

“I then realised it wasn’t a competition with the player. Because I had some braindead way of doing it, [where the AI] just comes up and stops then swoops past you, and that’s actually what ended up going in. Because although there’s no question his was way better than what I had done, he approved what I had done anyway, because it made it more fun.”

It’s during anecdotes like this that you get a sense of just how daunting it must have been for Braben and Bell to realise the vision of a space trading game that simply had no precedent. No guidebook, and no blueprint to be found from another videogame. It was the wild west. 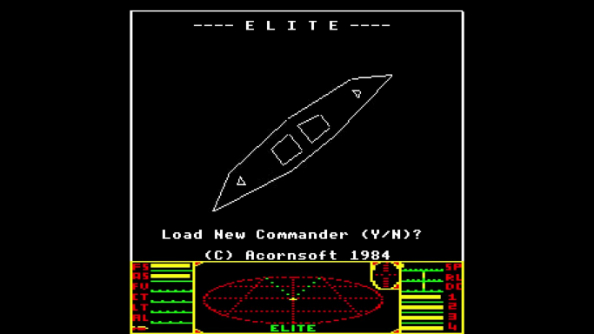 In the case of Elite Dangerous, Braben’s Frontier Developments team were allowed much more agency when designing combat encounters.

“The interesting [thing] was we couldn’t do any of these fixes, because quite often the ship you were fighting was another player. We had to rethink it completely, to try and get that fantasy and that feeling of certainty so the AI feels like a player.

“So actually there’s more liberty for the AI to do more exciting things, but we also had to apply the same rules to the player so that they would have a chance. There are a lot of things that we’ve done, things like the way the speed works, the top speed, that really helps the gameplay.”

The very fact that Braben and Frontier were able to realise Elite Dangerous with the scope and fidelity it offers should by no means be taken for granted. Elite and its sequels, Frontier: Elite II (1993) and Frontier: First Encounters (1995) offered diminishing returns for the publishers who distributed them, with the latter shipping around 100,000 copies by Frontier’s own estimates. There was tension between Frontier publishers Gametek and Konami too about the release date; the developers maintaining the opinion that the game shipped before it was finished.

As time progressed through the ’90s and ’00s, space games became less attractive to publishers, who at the time played a vital role in any title seeing the light of day. Had you pitched Elite Dangerous to a triple-A publisher in 2004, a full-scale galaxy in which the players direct almost all the gameplay, it seems unlikely the champagne corks would have been popping by the meeting’s end.

What Braben had to do, then, was redefine the business of making space games, as well as the science. 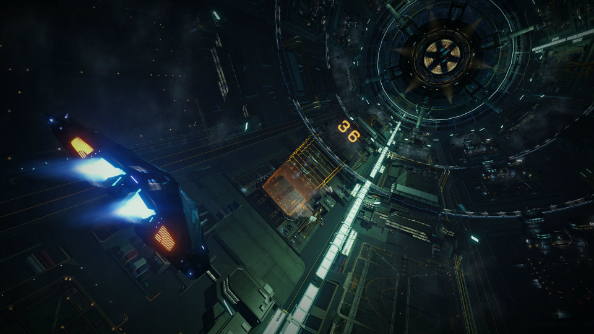 The two catalysts for games like Elite Dangerous, as Braben sees it, are crowdfunding and online distribution. “There’s always a bottleneck in any process. The bottleneck used to be: how do you sell a game, how do you get it to market? It’s the shelf space, people bought a physical copy, which limited it to big publishers. So, for most of my career, I’ve been working for big publishers.”

“The point is, they were the gatekeepers. And what happened was space games were [once] seen as really good, and then they went out of vogue for a long time. Publishers are very sensible people, and a key thing for them is the return on an investment. They have an approach where they look in the market at what’s most similar, downgrade the sales that that did and then say ‘right, if it sells that many are we happy?’ And the problem with space games is there hadn’t been a successful space game for a long time, and that was probably Freelancer in the the early 2000s… Publishers have done a great role, I’m not meaning to bash them, but what it’s meant is it’s been very hard to do a space game like this.”

The rise of online distribution has changed the relationship between developers and publishers though, given rise to the long tail, and created an infrastructure in crowdfunging by which gamers provide much more accurate forecasting than publishers in the early 2000s could ever have hoped for. Elite Dangerous prompted25,681 backers to pledge £1,578,316 for its own Kickstarter project.

“Crowdfunding and online go hand-in-hand, because it helps a lot of people who couldn’t otherwise have done something or at least couldn’t have done it in the way it’s been done. We’ve been a wonderfully lucky beneficiary of this and it’s worked very well. I hope the people who have backed it are happy with what they got. It’s win-win and I’m really pleased with the way it’s worked.”