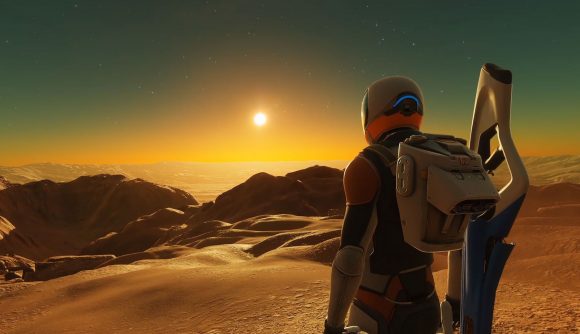 If you’re a space games fan, you’ve probably been taking a good look at that new Elite Dangerous: Odyssey exploration dev diary to get an idea of what’s in store for the sim early next year. It’s clear the upcoming expansion will add a whole new dimension to Elite Dangerous’ gameplay, with new locations and outposts to explore on foot and up close – and it seems some of the other big space stories across films and games helped inspire developer Frontier in creating these new worlds.

In an interview about the upcoming Odyssey expansion with game designer Luke Betterton and art director Chris Gregory, we asked about whether any other works in the space, er, space had been inspiring for the dev team in crafting the new update. “Oh, yeah,” Betteron jokes. “The Elite Dangerous: Odyssey team is full of nerds, to be honest.” He mentions that earlier on that day a member of the team had been talking about British sci-fi comedy classic Red Dwarf, for example.

“It’s one of those things that’s just in the fabric of who we are as a team. So yes. There’s no way you can get away from inspiration,” he adds. The designer says he can’t “point out anything specific”, per se, and Gregory agrees, “it’s not one thing really, is it?” – however, the art director does mention a handful of passions and inspirations.

“As much as I love games, my passion is definitely film and TV science fiction shows,” Gregory says. “The more 1970s and ’80s, the better – but those are not the inspiration. We’ve been looking at a bunch of things, actually. Moon, the Duncan Jones movie, was something that was on my mind when I was thinking of these remote outposts. That’s one of those things. 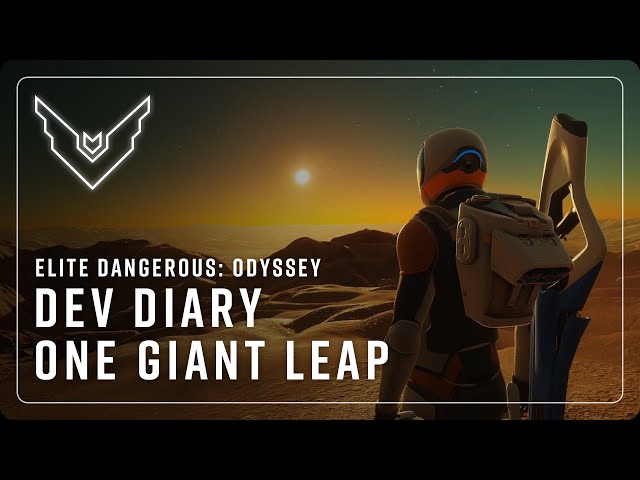 “The Martian,” he adds. “That’s certainly a touch point, both the book and the movie.” He explains these are just the things “before you even get to all the stuff that is just not even a reference, it’s just in the zeitgeist”. However, he makes clear that it’s important to the Odyssey team to make sure they’re continuing to forge their own game and feel – “you need to be careful that you are striking your own path with it as well, and trying to do something that feels very unique to what Elite is”, Gregory says. 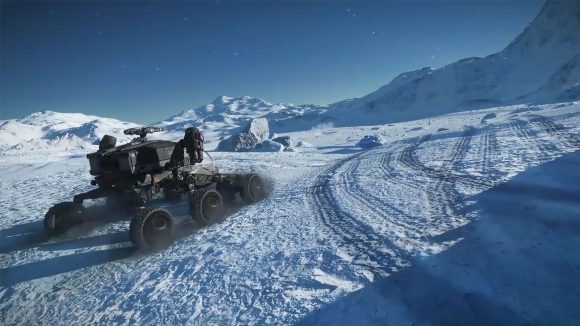 He goes on to talk about the balance in striking the right tone in Elite, calling the game “an interesting beast” because “it’s science fiction, but it’s also got some fantasy elements in there as well” and “a kind of a weird sense of humour, quite a quirky kind of British sense of humour”. “Sometimes,” the art director adds, “you might say, ‘Oh, we’re going a bit going a bit too Guardians of the Galaxy there’. And, I love Guardians of the Galaxy, right? But, it’s not quite the right tone. And so you got to give a skooch back. 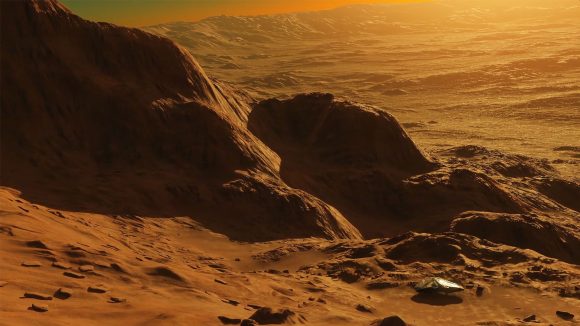 “That goes across all things, like writing technology levels and making sure that the technology in the game is not magical. There is a degree of credibility and science there behind it, where we can. So yeah, absolutely, and all those things we discuss quite a lot,” he concludes.

There’s no exact Elite Dangerous: Odyssey release date to jot down just yet, but it’s expected to launch in early 2021.