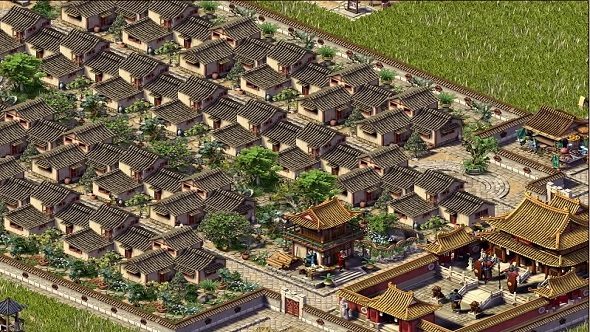 In their quest to create the ultimate collection of city builders, GOG have announced they are bringing three of Sierra’s classic games to their service. Caesar I and II, alongside Emperor: Rise of the Middle Kingdom are now all available on GOG, ready for a new era of civil engineers to build their own historic cities.

If you’re one for historical recreation, check out some of the PC’s best simulators.

Adding the first two editions of the Caesar series completes GOG’s collection, with players now being able to go back to where it all began and become the greatest emperor Rome has ever seen. It’s your job to lead the Eternal City, expanding its reach and building it up into the superpower of the early ADs.

Speaking of imperial duties, Emperor: Rise of the Middle Kingdom has builders trying to construct an empire which will last for 3000 years of China’s history. Staring off in a small plot of land on the shores of the Yangtze, would-be emperors must build their city up to rule the whole of China, fighting off political, social and economic upheaval along the way. Released in 2002, Emperor: Rise of the Middle Kingdom was the last game as part of Sierra’s dedicated City Building series.

Each of these three classic games is now available on GOG for $5.99/£4.79, DRM-free and compatible with most modern operating systems. GOG has not stopped there, as it has also announced the Grand City-Builders Sale to celebrate the PC’s rich history of city building games.

As part of this sale, franchises like SimCity and Tropico, as well as games like Evil Geniuses, Banished, Urban Empire and more are up to 80% off. This sale only lasts until tomorrow at 2pm UTC so consult with your financial advisor and requisition some funds now if you are in the market for some city building.