It’s been just over a month since the last Empire of Sin patch, and already another one is ready for testing in the criminal empire strategy game. Patch 1.04 has been added as a ‘beta’ branch on Steam, and you can opt-in right now if you want to take it for a spin.

Otherwise, the development team at Romero Games have posted up some extensive patch notes for you to look at. There’s not much that’s new, but there is a whole host of fixes and quality of life changes to make the game feel fresh.

There is one new feature though that wannabe gangsters should be happy about: Auto-resolve. One of the neat things about Empire of Sin – as you can read in our review – is that tactical skirmishes between gangs can break out anywhere on the map. From raiding a business with your crew, or a rival gang is raiding one of yours, to interception out on the streets. Sometimes, though, it can feel like you’re running around putting out tiny (but annoying) fires, and you’re forced to manually fight each engagement whether you want to or not.

Now you can choose to auto-resolve an encounter, which is wonderful. 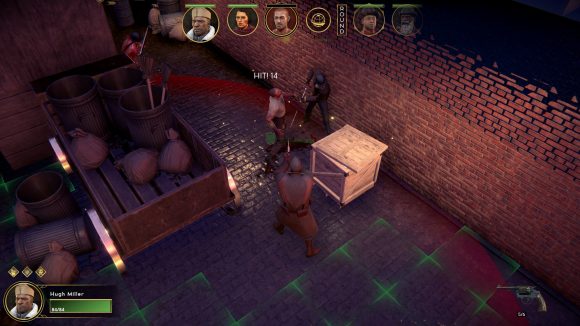 Here’s what the notes say about the feature’s initial iteration:

“This screen presents players with information about the fight, the participants in the fight, their professions, and equipment, as well as a number of options that the player can select. Players can select the “Fight” option to manually enter combat and manually fight the fight or select the “Auto-Resolve” option to attempt and auto-resolve the fight based on the projected odds at the top of the screen.”

Your boss and fellow crewmembers are more likely to take damage during a fight if you opt to skip, and you won’t be able to easily affect the outcome. Sometimes it’s better to just let the odds decide, especially if you’re rolling over a low-level racket for the hundredth time.

There’s also been a large swath of quality of life improvements to how the tutorial works, especially to what happens if you skip the tutorial, as well as when the additional micro-tutorials fire during the early game.

Related: The current state of Empire of Sin mods

There’s no word on how long this patch will remain in beta, but we’ll let you know as soon as patch 1.04 released out into the wild.