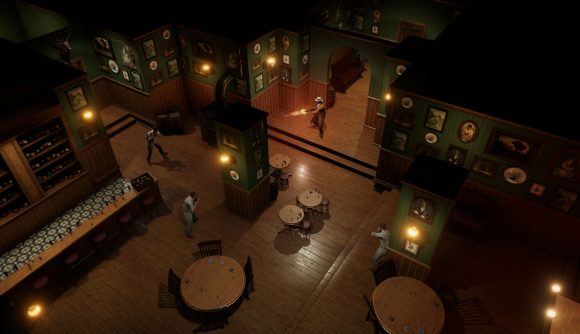 As 2020 draws to a close, one of the year’s final big strategy games is about to land. Empire of Sin, the turn-based title set in Prohibition era Chicago, launches this week and the reviews are now pouring in ahead of its imminent arrival. Let’s take a look at what the critics have made of it so far, shall we?

Starting with our own Empire of Sin review, Joe scores it a respectable seven-out-of-ten, noting that “it’s hard to ignore the need for a little extra TLC to smooth out the edges, but the fundamentals of an arresting tactics-and-strategy game about building a criminal empire are in place”. Joe says that, while the game features some “excellent foundations”, there “are still some kinks to iron out” overall.

Across the board, however, there’s a real mixture of scores. It’s currently sitting at 70 on Opencritic and 69 on Metacritic (PC), but these reflect a pretty big range – for example, PCGamer has scored the title a 49/100, while Windows Central gives it a 4.5/5.

Read on to check out the Empire of Sin reviews and scores below:

As you can see, there’s a real smattering of review scores across the board, so it’ll be worth reading up if you’re thinking about picking it up but are keen for more of an idea of what’s in store. Empire of Sin hits PC on December 1, so you’ll be able to get stuck in for yourself very soon.