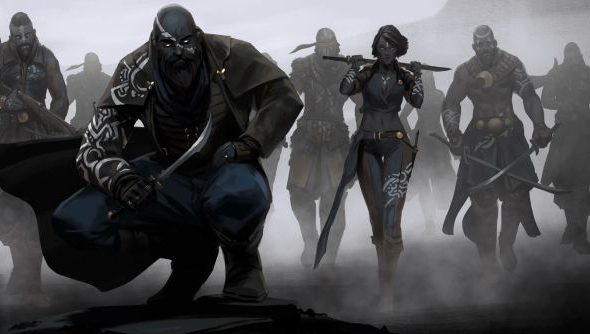 Great indie scrappers Amplitude Studios send word of an upcoming expansion to their turn-based fantasy Civ-like Endless Legend titled Shadows. It’s to be the second such expansion to one of our favourite games from last year, with Guardians having arrived in April. Major additions are two fold. First, an espionage system for spying on and disrupting enemies via invisible units and stealth heroes. Second, a whole new playable faction called The Forgotten, who’ve gotten the trailer treatment:

Spooky. They’re masters of the new espionage systems, natch. Not too surprising given everyone thinks their entire race is dead and buried.

According to the press release, those systems let you do many things. Along with giving you access to camoflauged army units , there’s mention of infiltration on a smaller scale to “steal, capture, sabotage and assassinate!” Spies have always teetered on the brink of broken in other 4X games and the additional dynamic of Heroes – Endless Legend’s army leaders and town mayors that convey significant bonuses – will shake that up significantly.

There’s also a new stat being introduced that will allow you to see this coming and plan accordingly called Detection, and the ability to carry out counterespionage actions to protect your assets once you’re aware of the threat.

Of course, there’s more to come at Gamescom. Amplitude say they’ll have this on display, along with an unannounced game. You’ll know more the same day we do.