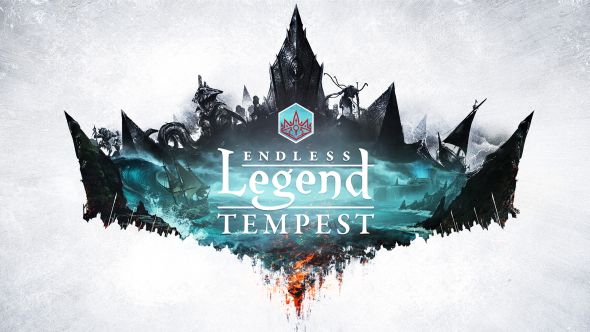 In the superb fantasy 4X game Endless Legend, the ocean was a place of unfettered freedom – an empty, open space where nothing could slow you down. Next expansion Tempest, though, is a reminder, bubbling to the surface with a gargled roar: the oceans don’t belong to you.

If you want to claim a corner for yourself, you’ll need to fight with fickle seas and fugly, barnacled beasts. Let’s meet some of them now.

Here’s where Tempest is somewhat self-explanatory: new dynamic weather laughs at your plans, when it’s not howling with wind or hic-coughing with thunder. Expect tile effects, much like rough terrain on land, but made mobile. If your frigate unit doesn’t make the necessary efforts to escape lightning before the end of a turn, for instance, it’ll take damage.

The same principles apply when war comes and unpacks extra hexes on the map for turn-based battle. A rainy tile can decrease morale, while turbulence will unsteady your ship and leave you unable to muster a full-strength attack. There are ways to combat those effects, though: the umbrellas of fantasy frigate face-offs. Speaking of which… 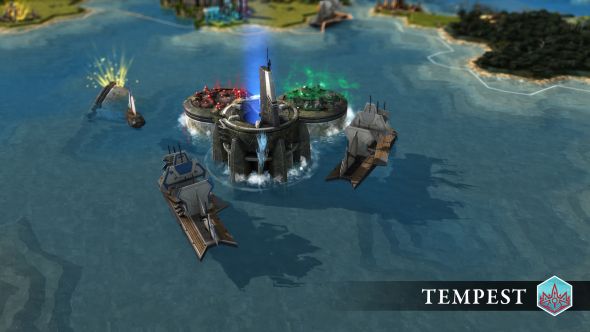 There’ll be no city-building in the sea – developers Amplitude would rather Tempest had a little more ebb and flow to it.

“You have the cadence of land warfare and land colonisation,” explains game designer Benoit Faguet. “And then you have this much more rapid cycle for the sea.”

But there are anchors in the ocean – points of interest named sea fortresses. They’re owned by a neutral faction to begin with, the Fomorians, but once you’re turfed them out you can garrison units in their gaff. Owned fortresses can host facilities and provide strategic or luxury resources.

Amplitude expect these POIs to change hands quickly, but if you capture all the forts in a region – up to three in the contested areas between continents – then you’ll control that sea. Like some sort of hexy pirate king. 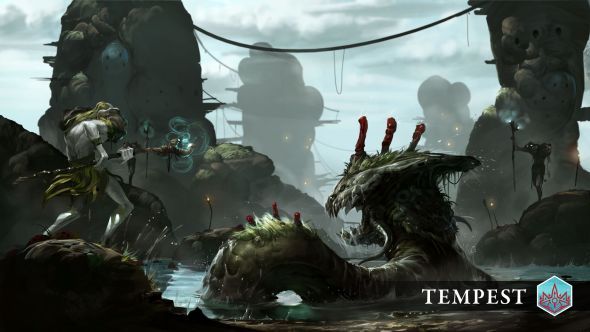 There’s a diplomat unit in Tempest’s new Morgawr faction – a hideous figure who hunches forward in mock-deference, like a soggier Grima Wormtongue from The Lord of the Rings. While he’s busy acting neighbourly, his people are playing their allies off against each other.

The Morgawr can curse a competing faction with the black spot, which places a bounty on their units – incentivising attacks from other players. In the same ill spirit, you can take control of roaming neutral armies and, unbeknownst to other players, send them off to attack threatening factions. Or you can un-pacify a village belonging to another player, spreading dissent on the sly and forcing an empire to look inward rather than expand into your realm. That realm, of course, is the sea – the Morgawr are balanced by an inability to make much effective headway inland. 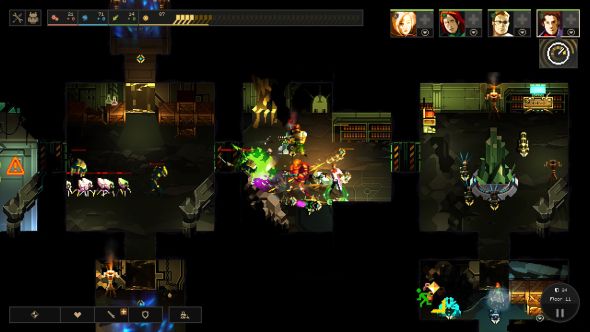 Amplitude have built all of their games to date in the same universe. That means that the galaxy-traversing strategy of Endless Space is tangentially related to the events of Endless Legend. And the roguelike antics of Dungeon of the Endless? That feeds into Tempest, and explains the both the floating fortresses and the origins of the Morgawr.

“Basically those guys were locked in the Endless laboratories, and they managed to get out,” hints Faguet. “They manage, after all the earthquakes and all the winters, to get out of there. That’s why their units are partly demonic.” 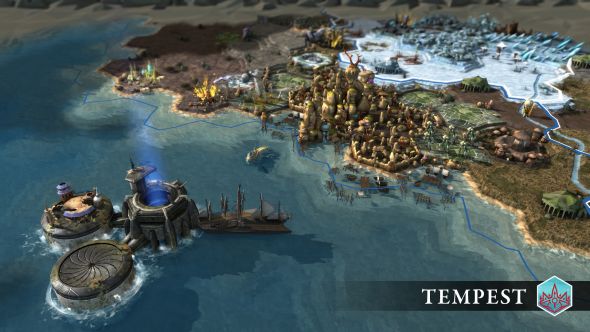 There’s a legal ambiguity to the ocean, exemplified by both pirates and pirate radio, that’s reflected in The Tempest. Where wandering over the wrong line on the land could mean a diplomatic incident, out at sea things are a bit wavier.

“One of the things the oceans did before was give you ways of getting around closed borders,” says Faguet. “So we would like to keep that. If we can we’re going to do dotted lines for the frontier rather than solid ones, because we don’t want to lock down the map completely.”

A map full of ‘here be monsters’ 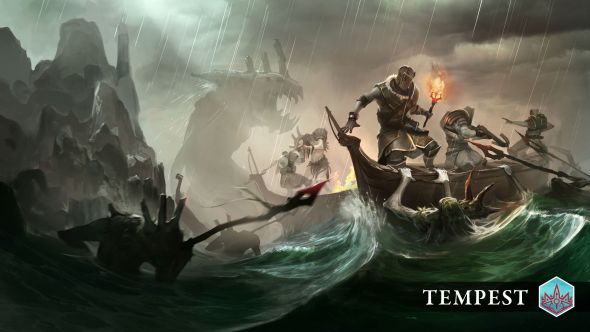 Amplitude have enjoyed playing with the fantasy potential of the ocean – the pub mutterings of sailors that give rise to rumours of megalodons and Cthulhu-type monsters.

What Tempest definitely has are submersible sea creatures – the deformed and demonic entities from the depths you’ll have access to playing as the Morgawr. 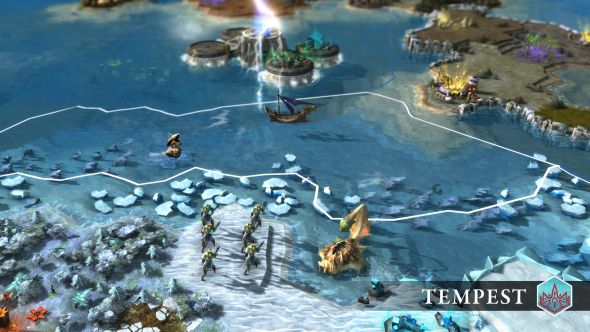 Submersibles are one of four new seaworthy unit classes. Interceptors are speedy enough to close quickly on Juggernauts, while Juggernauts can blow away Frigates without too much trouble – and Frigates are best suited to hunting down Interceptors. Rock-paper-scissors strategy, as classical and elegant as you like. Although Amplitude aren’t about to let beautiful and delicate balance get in the way of a good time.

“Whenever submersibles move they dive under the water so you can’t hit them anymore,” enthuses Faguet. “They’re just fun.”