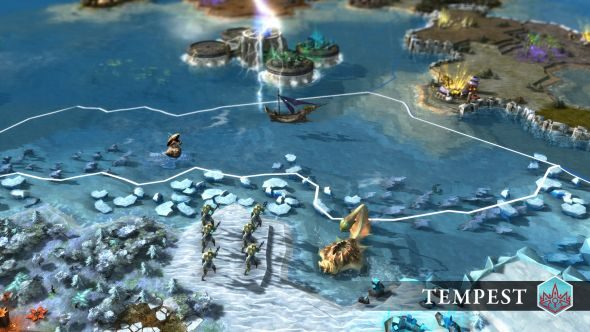 There’s even more Endless Legend on the way. Amplitude Studios, currently in the middle of developing Endless Space 2, have announced their planet-based 4X will be getting bigger too. It’s adding boats and all their associated conquering, from sea forts to ocean weather.

Endless Legend features in our list of the very best strategy games.

Here’s what’s in store in the expansion:

There’s no trailer as of yet, or a release date. However, if you want to play before anyone else, there’s a closed beta running next month.

To get in you have to send an email to playtest [at] amplitude-studios.com with a batch of information about you and your computer before September 1. Full details are in the announcement post – they’re looking for 20 folks to help them make Tempest great. There’s also some more screenshots there.