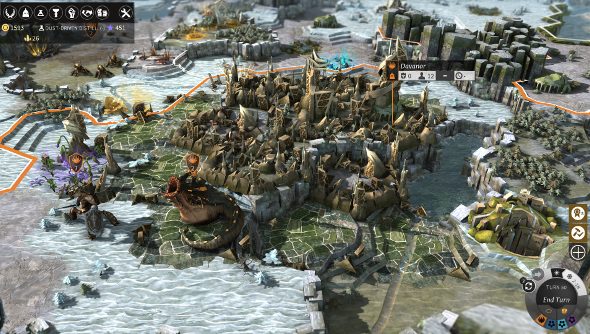 Amplitude is doubling down on free updates this month, with big ones planned for both Endless Legend and Dungeon of the Endless. You lucky boys and girls.

Forges of Creation will add Steam Workshop support to Endless Legend, along with increased abilities to mod the game itself, including the ability to reskin units. Extra content that was voted on through GAMES2GETHER and unlocked during the free weekend will also be making its way into the game. The game’s AI’s receiving an update, as well.

That’s all free, but there’s some premium stuff as well. The Lost Tales will add more quests related to minor factions, while Echoes of Auriga chucks in more tunes, expanding the soundtrack.

Organic Matters is Dungeon of the Endless’ free update. You’ll get a new organic spaceship, a new hero, more modules and three new monsters. Amplitude’s work on consoles has paid off, as well, since it means that the PC version will be getting a new gamepad interface, for those who want it.

Forges of Creation is due out on November 19th, while Organic Matters will drop on the 24th.