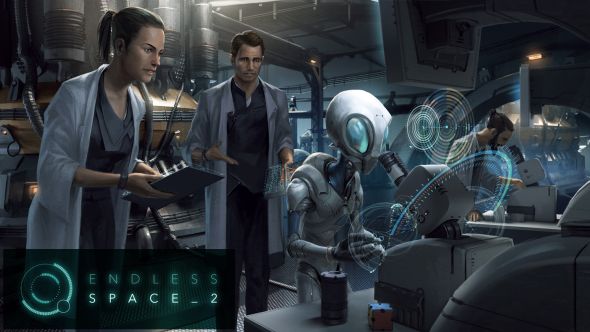 You know Amplitude? They do all those interconnected games with ‘Endless’ in the title. Tend to master any genre they turn their hand to. Well, they’re doing their first sequel: an Endless Space 2. It’s headed for Early Access before the summer’s out, and looks to have that same absorbent quality all Amplitude games do. If you play this one, you’re not going to escape from it too easily.

The studio has a foothold in our list of the best PC strategy games.

Amplitude have uploaded two trailers today, each in honour of a returning faction. First are the Sophons, whose “great power has given them great irresponsibility”. They’re a lot like us, frankly.

And then there are the Cravers, single-minded planet destroyers who’ve outlived their masters but keep on keeping on. Where keeping on means destroying more planets.

The next faction will be created by somebody from the “robust” Endless community. To take part, you’ll want to design and submit a race on the GAMES2GETHER site before Thursday, October 13. They’ll need a culture and beliefs, a funky look, fancy spaceships and some unique mechanics.

The Sophons and Cravers will both appear in the Steam Early Access version of Endless Space 2. That’ll be released by Sega, since Amplitude are now part of the publishers’ wonderful European stable of strategy studios. Do you have any previous with the Endless games?