Update 22 Jan, 2016: Some more details about the Endless Legend expansion Shifters have been made available.

In the aftermath of their slightly dodgy birthday stream, Amplitude have sent out some clarifications about the announcements they made. Included are more details about the next Endless Legend expansion, Shifters, that’s hitting digi-stores in April.

Endless Space 2 is in my personal list of most anticipated upcoming games, I will make everyone else here see the light.

The expansion will feature the (all together now for the fantasy naming ceremony) “Allayi” who look a bit like that chap you see up top. I like their beards. They’re able to ‘shift’ during long winters in an attempt to adapt. Exactly what that means hasn’t been made clear, though it likely means while everyone else is shivering in their bunkers, you’re out there stealing their crops. There will also be a new resource called the (here we go again) Pearls of Auriga, named for the planet on which the game takes place, that will help you manipulate these seasons to your own ends.

Shifters joins all the information from our original story to make a blowout of Amplitude news. There should be more coming soon as both projects ramp up towards release.

Original Story 21 Jan, 2016:Amplitude Studios have quietly become one of my favourite developers. They’re the minds behind the various Endless games – Endless Space, Endless Legend, Dungeons of the Endless and the upcoming Endless Space 2. Broadly strategy games, with the spin-off that is Dungeons, they’re all great and slightly odd, made with indie design sensibilities that aren’t very common. Currently they’re celebrating their fifth anniversary with Endless Day, a series of announcements, in-game events, sales and other bits ‘n’ bobs. 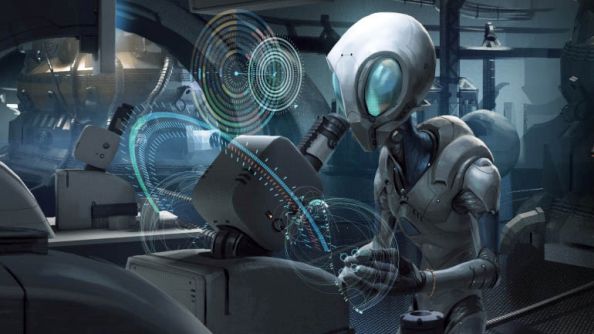 The main event was a livestream. Here’s the highlights:

You can watch the whole thing here if you like, though the sound quality isn’t the best. There is some concept art for the new Endless Legend faction and some shots from Endless Space 2, however.

Meanwhile, the festivities of Endless Day aren’t limited to livestreams. There’s in-game achievements to be earned and characters to unlock across all three of their games, which will stop being available come January 26th. They’re also doing giveaways via Twitter, and have unlocked some previously exclusive content for all players in Endless Legend. As mentioned on the livestream, there’s to be some serious discounts on Steam for all their games too. You can see the full details of what’s available on the mini-site.