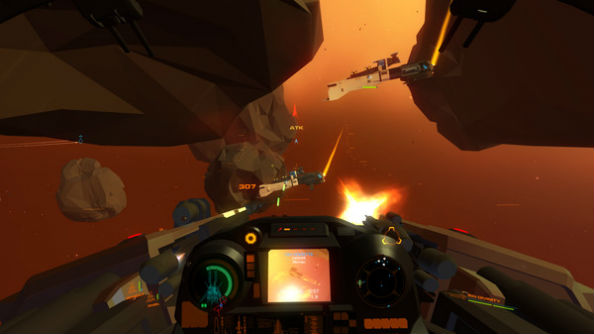 Strategy game meets Space-combat simulator House of the Dying Sun is out now, albeit in Early Access form. The game was first shown in 2012 under the title of Enemy Starfighter, but after four long years and one snazzy retitling, it’s finally made its way onto Steam, with a handy 10% discount to boot.

Want more fleets and galaxies? Check out the best space games on PC.

Drawing inspiration from yesteryear space combat games like TIE Fighter and Freespace, House of the Dying Sun puts players in spaceship’s cockpit before letting them loose in a galaxy with the primary task of hand out ass-whoopings to bad guys.

In its current form House of the Dying Sun’s campaign features 14 combat scenarios, while not exactly massive, the game’s extensive combat mechanics, such as the ability to give orders to any fighter in your fleet on the fly, heavily upgradable ships and custom AI should flesh those encounters out considerably. Players can repeat missions on higher difficulties in order to earn additional upgrades. 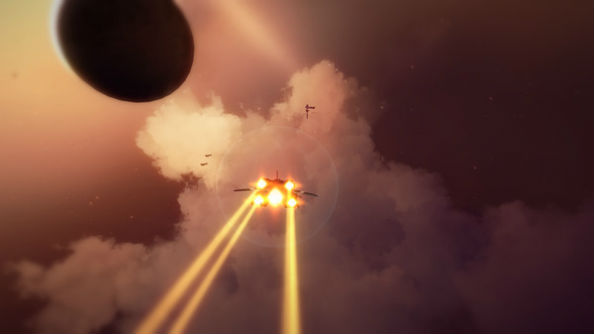 Despite launching through Early Access, developer Marauder Interactive intend on launching the game in full “sometime this summer.” Between now and then it’s planned that the game will receive “a complete balance pass, a fleshed out stable of upgrades and weapons to unlock, and a carefully-tuned set of combat scenarios. It will also include a custom wave-clear mode for even faster pick-up-and-play sessions.”

One more thing, the game supports ultra-wide monitors and both the Oculus and Vive VR headsets – so if you were ever in need of something else to make you feel briefly immersed and then very queasy, here it is.