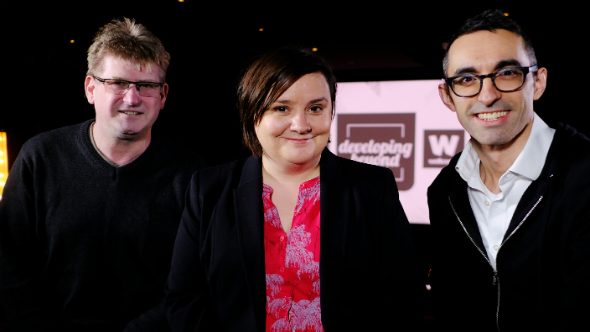 Update February 22, 2017: The semi-finalists have been announced for Developing Beyond, a development competition hosted by Epic Games.

In the competition, developers had to pitch game ideas based around the concept ‘transformations’, to be built in the Unreal 4 engine. The six finalists have now all been given a $15,000 grant and access to a scientist to begin further developing their concepts.

You could even end up with a title in our upcoming PC games list.

The six finalists are below:

The judging panel will be headed up by comedian and broadcaster Susan Calman, and the judges will follow the development process over the course of a year, watching the games as they, well, transform.

“As a gamer, these are all games that I’d love to get my hands on,” said Susan Calman. “It’s such a delight to be able to follow the developers’ journeys as they take this from initial idea to an early stage game. I can’t wait to see where their imaginations take these projects.”

Original Story January 25, 2017: Epic are hosting a year-long competition where the winners can walk away with over $200k. All they have to do is create a game based around the theme “transformations”, beating countless other entrants.

To be in with a chance, you first have to submit “compelling, immersive and highly entertaining game ideas based on the theme”, by February 10. I’d make a game about some robot aliens who have arrived on Earth after a war on their homeland, and each has the ability to turn into some kind of vehicle. Not sure what I would call it, though.

If selected, your game’s development will be followed through by a panel of judges, headed up by comedian Susan Calman, throughout the year.

The six semi-finalists will be announced on Feb 20, getting a $15,000 grant and the opportunity to work with a scientist to further develop their concept.

“The submissions should draw inspiration from any aspect of this theme exploring the human condition – whether across moments or generations, microscopic or global, historical, geographic or indeed contemporary,” says the announcement.

“Human bodies and populations across the world are constantly changing, and with this comes new opportunities, unforeseen journeys and incredible challenges; from the consequences of a global shift towards urban living, to technological innovations revolutionising lives and even bacteria outwitting the best antibiotics.”

Head to the Developing Beyond site for details on how to enter.