Last night, publisher Deep Silver announced that Metro Exodus was forgoing a Steam launch, and would instead find a PC release exclusive to the Epic Store. In that announcement, the publisher’s CEO cited Epic’s 88/12% revenue split as a major reason for the move, stating that it would enable the company “to invest more into the future of Metro”.

In response, Valve posted a notice to Metro Exodus’ Steam page, which said that Deep Silver’s decision was “unfair” to Steam customers, particularly those who had pre-ordered the game. While the move is obviously a bit of a kick in the teeth to Valve, the suggestion of any wrongdoing is naive. The notice reads as a desperate attempt to cling to a monopoly that, in the long-term, only benefits Valve, not its customers.

Both Epic and the developers that have chosen to abandon or delay their Steam releases have caught criticism since the launch of the Epic Games store last year. Many player complaints centred on a disdain for exclusivity, but that’s exactly what we need if we actually want the market to develop.

When an indie developer announces it’s moving to an exclusive platform, the news causes a ripple, as a group of dedicated fans follows the game to a new home. But when a company like Ubisoft announces that a major release like The Division 2 will be exclusively available on a new store, it makes a much more significant wave. Thanks to marketing budgets, the attention paid to triple-A releases will dwarf that given to even the most popular indie title. And that attention is exactly what Epic wants to harness in order to progress.

Many complaints centre around a disdain for exclusivity, but that’s what we need if we want the PC market to develop

There is no doubting that at this point, Epic’s storefront is not as good as Valve’s for the consumer. It has fewer games, a weaker infrastructure, and an audience that is more used to playing one game – Fortnite – than shopping around for others. In fact, when you compare the two platforms side-by-side, it becomes apparent that sharing games with Steam would have quickly rung the Epic Store’s death knell. Giving developers a greater cut of a sale is a noble cause, but when you’re so far behind your greatest rival in so many respects, you need to provide customers a better reason to shop with you. What better way than to make sure you’re the only place they can shop with? That might not sound good for consumers – but for now, it’s the only way to ensure the kind of competition that keeps Valve from getting complacent.

We can’t know what’s gone on behind the scenes between the companies involved in these situations. Valve might feel a bit stung by Deep Silver’s decision, but as far as I can tell, Metro Exodus’ move to the Epic Store has been pulled off with the consumer’s best interests in mind – players have been notified two weeks in advance, and Steam pre-orders will be honoured, with future updates and all DLC being provided across both platforms. 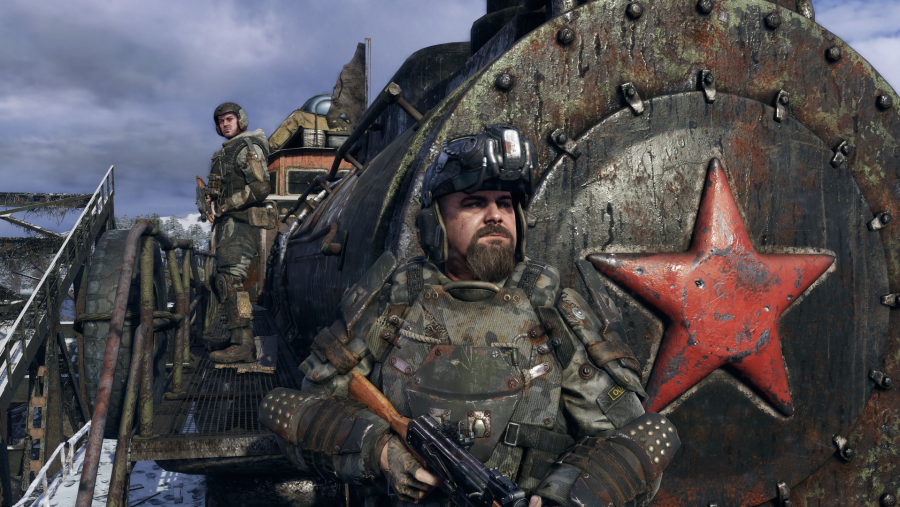 What we’re seeing now are basic market forces – those of supply and demand – returning to PC gaming for the first time in a decade. Valve utilised those forces for its own ends in the beginning, making sure that if you wanted to play Half-Life 2, you’d have to do so on its platform. It was selling its own software on a storefront that was widely unpopular, and which at launch was barely fit for purpose. It would take years, but those forces helped Valve set up a near-monopoly that only the biggest publishers have ever attempted to challenge.

Read more: Which upcoming PC games will go to Epic’s store next?

To suggest that Epic’s use of the same tactics that made Steam what it is today is “unfair” suggests that Valve is happier to piggyback off brand loyalty and customer’s fear of the unknown than actually fix the problems that are fuelling its competitor’s coups.