At the biggest gaming conferences, indies can get lost in the tsunami of blockbuster announcements. Though somewhat muted by its usual standards, this year’s E3 was still a rush of news around triple-A titles such as Cyberpunk 2077, Watch Dogs Legion, Marvel’s Avengers, Elden Ring, the Final Fantasy VII Remake, and, well, many more.

There was plenty of pomp and drama, too, with Jon Bernthal and his cute dog Bam Bam delighting crowds, Dr Disrespect getting kicked off Twitch after streaming from a bathroom, and Keanu Reeves being as breathtakingly loveable as ever. In the face of all this noise, it’s quite a feat for indies to get noticed – if they feature in a major conference at all, they’re typically relegated to jump-cut, mop-up montages, positioned roughly two-thirds of the way through.

The PC Gaming Show was one welcome exception at this year’s E3, giving games like Fellow Traveller’s Genesis Noir, HandyGames’ El Hijo, and Modus’s Cris Tales prominent spots in the lineup. But on E3’s main stages, it was more difficult for indies to elbow their way through. The few that got the spotlight, such as Annapurna’s Twelve Minutes and ThunderLotus’s Spiritfarer, only did so because of their inclusion in Microsoft’s Xbox Game Pass.

This year’s E3 also heralded a coming shift in the industry as major publishers and platform holders showed their hand in streaming and subscription services. Google went into more detail about Stadia, Ubisoft revealed its Uplay Plus subscription, and Microsoft spilled the beans on Xbox Game Pass for PC and Project xCloud. These will join the ranks of more established services, including EA and Origin Access, PlayStation Now, Utomik, and indie platform Jump. Couple these subscription services with the wealth of digital stores that are home to hundreds of games, and it’s easy for smaller titles to get trampled in the digital stampede. How have they been coping? 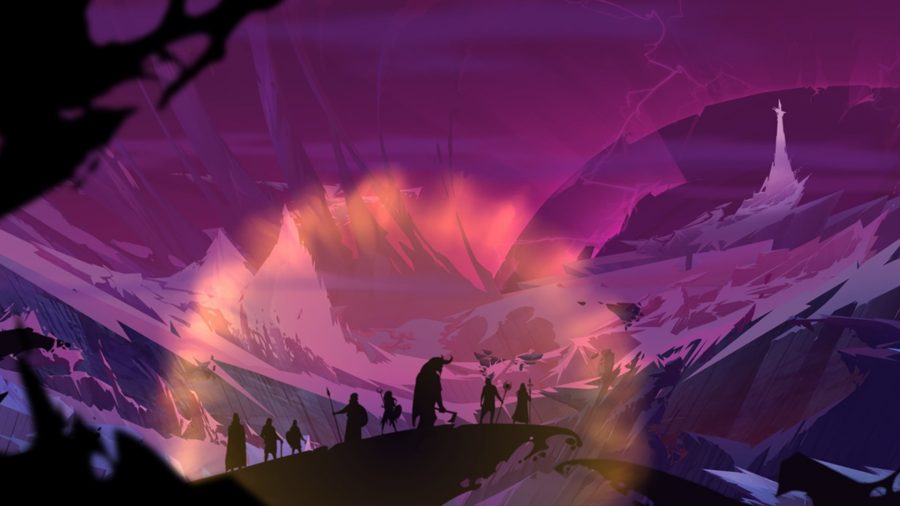 “Discoverability is an issue,” Steve Escalante, founder of leading indie publisher Versus Evil, tells us. “I think what guys like Epic are doing is a good thing, where they have a highly curated store. Curated stores allow good titles to shine. Of course, some will argue that everything needs to be out there and give consumers the availability. Yes, that’s true, but if a consumer can’t find it because there’s no good way for Steam, or someone else, to show 400+ titles to them then how is that helping people?”

One might counter that the proliferation of digital stores further compounds this discoverability issue, no matter how curated they may each be. Versus Evil sells its games in many places, including Steam, Humble, GOG, Origin, Microsoft, Nintendo, and even its own platform. The ongoing controversy surrounding the Epic Store, and its strategy of brute forcing its way onto desktops by buying exclusivity deals, is partly fueled by gamers’ frustration at being asked to split their attention across dozens of apps. But Escalante disagrees with this sentiment.

“The idea that the market is getting too fragmented, [to the point] where it’s going to make it harder for people to find content, isn’t fair,” he says. “I think most people will be marketing and driving people directly to their own site, or whatever site is housing that content. 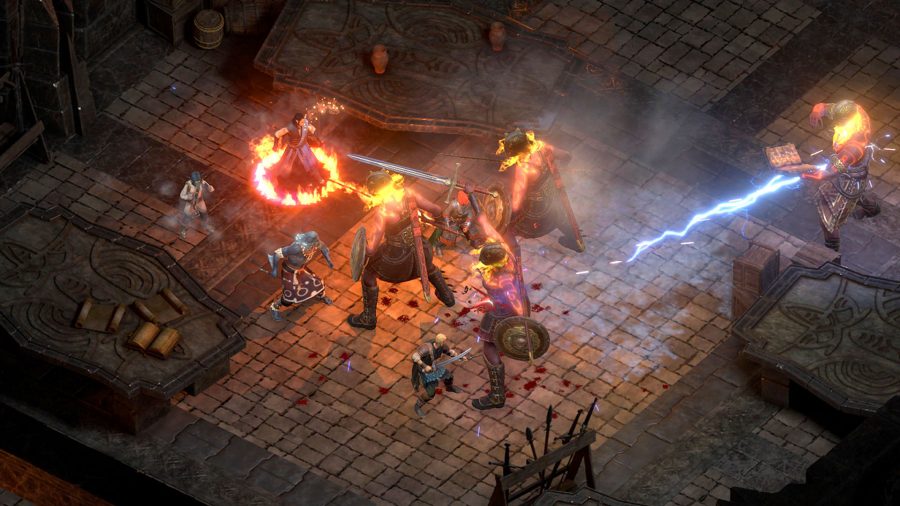 “Back in the day, it was GameStop and Electronics Boutique in the US, and that was a beautiful thing because it was literally two very competent retailers that were in the same space, and you were, in some regards, leveraging them off each other, and getting the best sales experience you possibly could. And either as a GameStop customer or an Electronics Boutique customer, you would find your game.

“Today that’s happening with digital, where you’re getting better competition amongst retailers, which is good for both publishers and developers. Consumers aren’t being asked to go buy a new PC, they’re just being asked to download. In my opinion, that’s not a huge deal.”

Steam used to be the one-stop shop for everything in PC gaming. It was never just a place to buy games, though it competed well with physical shops in that respect thanks to its convenience and competitive seasonal sales. But it was also where your games were stored, a community of forums, a social network to chat with friends and show off your gaming achievements, a place to download and share mods with a single click, and much more. So the threat it faces isn’t just from well-financed competitors like Epic, but from those taking aim at these particular features, and doing them better. As Escalante explains, it can be argued that Discord presents exactly that kind of challenge (and considering how closely Valve imitated its social functions, he may be on to something). 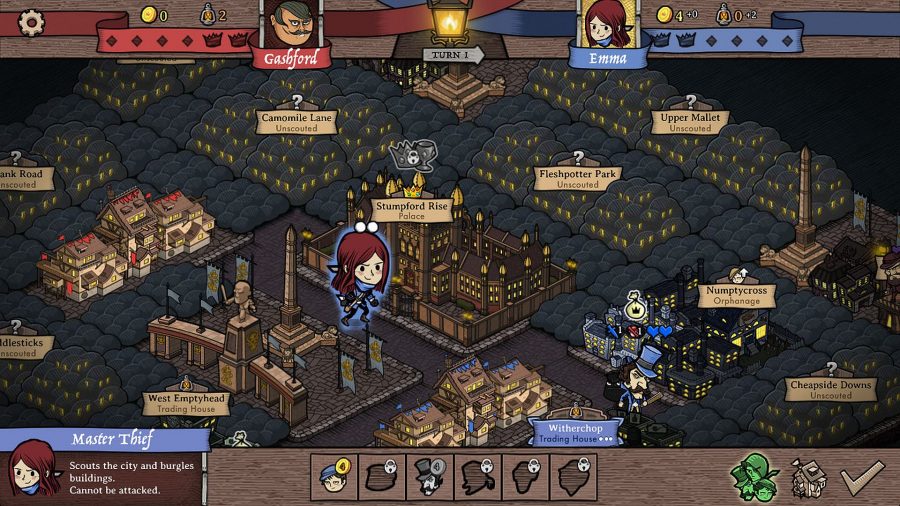 “You have communities like Discord, which is where a lot of people are talking with their friends anyway. It’s not about: ‘Well my friends aren’t playing on Steam’ anymore. It’s about: ‘My communities are here, and I can get the game from anywhere.’ I think it’s good, it’s just good competition.”

Subscription services offer a different value proposition to Steam. Rather than add a licence for a game to your Steam account, signing up for a service like Microsoft’s Xbox Game Pass gets you access to a library of over 100 games for $10 – $15 a month. To some, that might seem like the better deal, but Escalante suggests that it’s worth thinking beyond the price point and about the creators who made those games.

“Subscription services get scary,” he elaborates. “When you look at what streaming services have done in the music industry, and what some of them have done in the film industry, it gets scary. It’s potentially a race to the bottom. I look at it as: why is it $10? As a customer, like, why is $10 [good] value? If you have an amazing amount of content, why isn’t it $30, $40, $50? It’s better for the publishers, and better for the developers. 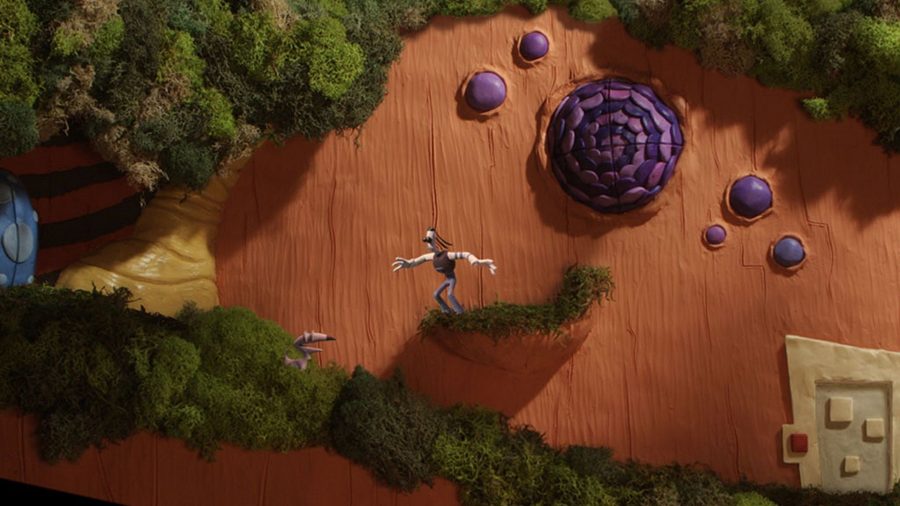 The idea the market is getting too fragmented isn't fair

While there’s been some cause to hope in recent years as more mid-tier games have found an audience, the rise of the service game, and the realisation by major publishers of just how much money they can make when successful (that’s Fortnite you can see flipping the bird at everyone who isn’t Epic), has arguably exacerbated a problem that first became an industry talking point many years ago: the decline of the middle market. The siren call of Fortnite imitation raises those old, familiar concerns that the industry will split between huge triple-As on the one hand, this time with a service flavour, and indies on the other, with an empty chasm in the middle. How is Versus Evil, an indie label with mid-tier hits like Pillars of Eternity 2 and the Banner Saga trilogy, dealing with the shift?

“I mean, that’s at least half of the reason why Versus Evil was started,” Escalante says. “The first reason was too many of my developer friends were getting really, really horrible agreements. And I was just sickened by that for so many years, knowing that it can be done better […] There is this chasm of content, you’re seeing good games succeed in that space, and I feel that’s a place [where] we want to be.” 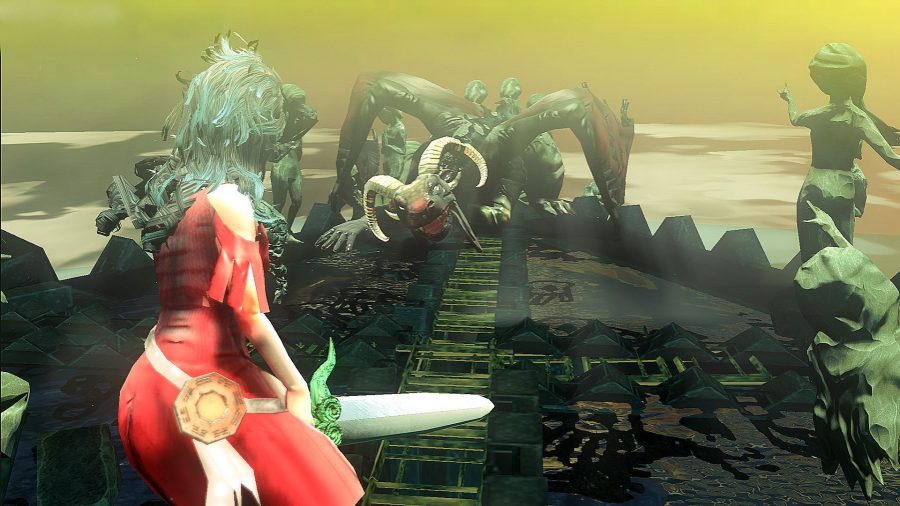 Escalante goes on to explain that plenty of good games are being pitched, but they’re not being signed because publishers worry that they can only sell so much – half a million units or so – even with creative ideas and veteran teams. And yet Escalante is positive, and has a hopeful outlook for the work that Versus Evil is doing.

“These are good games,” he says. “And they’re games that now you’re going to charge $40 to $50 for, and they deserve it. It’s a cool time to be in this industry, there’s a lot of good changes. It’s a little bit scary with the transition from this generation to the next but to me, it’s all exciting stuff. As long as we’ve got those types of content, plus still supporting a lot of the indie teams and titles like we are this year, I think it’s a great place to be.”