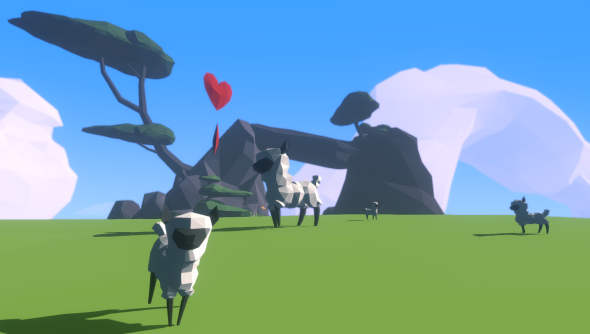 Business developer and PR person Johan Toresson will tell you that he doesn’t fit the archetypal image for either of his job titles. Scrawled inscriptions cover the visible portion of his neck, and tattoos travel up and down his arms. He looks, by his own description, like he’s “been in prison”.

This is the man working to create an eccentric creative hub for indies on the southern coast of Sweden – a business incubator for developers as literate in Third-Wave Feminism as they are C++.

Toresson sees himself as janitor, business developer, PR, and “that guy who runs everywhere with the shit you need”. But the developers under his tutelage also know him as the guy who “stabs them with weird knowledge from time to time”.

His preferred method of delivery is a posthumanist essay, slid onto the desk at lunchtime. Or a copy of Rane Willerslev’s Soul Hunters – Toresson’s favourite – a book about a nomadic tribe in Siberia who won’t hunt for moose until they believe that the moose loves them.

“You see people come, they’re having lunch and there’s nothing else to read at the time. They think, ‘Fuck it, I’ll read it’,” laughed Toresson. “I don’t know if any of it sticks or if anyone cares. But if you put weird thoughts into someone’s head they stay there, I think.”

Gameport is an incubator in the traditional model: a company that houses local start-ups in swish offices until they’re ready to go it alone. But the businesses under Gameport’s wing are exclusively indie developers. Alumni include Dead Shark Triplepunch – the Make Something Unreal winners behind bouncy team-shooter Epigenesis.

The studios Gameport nurture – some of them at a headcount of one – are typically strong on ideas and weak on entrepreneurship. The incubator helps them out with everything from business know-how (“Why the fuck should I care about burn rates?”, quips Toresson. “I don’t smoke!”) to travel subsidies.

But beyond that, Gameport are hands-off – Toresson says he can “identify a game loop”, but doesn’t dabble in design.

“We make sure they basically have a space safe enough that they can go for the best thing they can possibly think of and make that,” said Toresson. “And if they fail, they haven’t bought an apartment in Stockholm which drained all their funds. They’re not going to be shit upon because they’re suddenly out of luck.”

Gameport are based in Karlshamn – a small port city on the southern tip of Sweden and, you might think, unlikely nucleus of digital activity. But the company has been around as part of the Blekinge Business Incubator for a decade – as long as there have been students with ideas pouring out of the nearby Blekinge Institute of Technology. And while one of his developers had earlier complained to us about the several-hour train journey to Stockholm, Toresson pointed out that the capital is just an hour away by plane.

“I’m thinking Portland, Oregon, you know?”, he said. “Game developers are maybe not hipsters, but they have the same needs. They have a special thing they want to do, and they want to be around people who can inspire or can get this nice creative friction going.”

Nearly all of Gameport’s studios work out of the same building. Four months ago they numbered thirteen – but Toresson isn’t exactly sure of the current total.

“We have a bit of fluid state for some of the companies where I’m thinking they might need to do an exit because I think they’re strong enough for it, but we haven’t had the time to sit down,” he explained.

The uncertainty is a symptom of success. Gameport tend to find that after a couple of years, their studios have secured stable funding and can stand on their own two legs. But they often have difficulty nudging grown-up companies out of the nest.

“It’s not that they don’t believe in themselves,” said Toresson. “It’s just that we have a comfy office. Why leave? They have to put down a day or two to move shit and they don’t wanna do that when they have a milestone tomorrow. So we’re kind of soft on them with that.

“It’s always about the teams, right? I don’t have anything to gain from kicking them out.”

Gameport run an alumni program of sorts, which manifests itself as occasional advice about contracts over coffee. But as Toresson notes, it’s “like with kids – if you do it right they’ll fuck off and never call you again”.

It’s clear that the same force of personality fuelling our conversation lights the fire under Gameport’s clients. Toresson’s background is in social anthropology, and guerrilla marketing. For “quite some time” he worked with Studio Total, the marketing group responsible for burning 100,000 krona for equality, and the world’s largest iPod speaker – the Wall of Sound.

As part of a series of “tests” in his early days at the group, Toresson once helped start a political party two days before a US presidential election, with the slogan, “Let America become Sweden’s fourth state”. The Swedish Party of America were picked up by the Washington Post and praised for their sound ideas on the welfare state and reduced war budget before the stunt was uncovered.

Toresson’s knack for “zero budget” press coverage has come in particularly handy at Gameport, whose developers will – as he puts it – never need a Photoshop-literate PR.

The anthropology helps, too. Particularly when it comes to understanding the esoteric rules and structures behind each of the studios under Gameport’s roof.

“Everyone has their own weird ways, everyone thinks they’re super logical,” he explained. “I think everyone would take something from the anthropology process. It’s very much participant observation.”

There’s a broader taste for in-house academia at Gameport that seems to come from its relationship with the Blekinge Institute – where budding devs read “really weird books” and “get influenced by old thinkers”.

“Traditional game design schools are basically teaching them to build Lego,” said Toresson. “This school is more like, ‘You understand the basics? Good. This is third-wave feminist theory. Now build that Lego’. They have to pick up things that are very uncommon in the games industry.”

Some of the unorthodoxy evidently rubs off. Epigenesis, one of Gameport’s strongest exports to date, is a non-lethal FPS – a kind of sci-fi, double-jump basketball. And its map objectives involve planting seeds in imitation of real genetic biology.

“It’s a fun, fast-paced shooting game that is completely different at the theoretical level of things,” said Toresson. “Most of the games [at Gameport] are very non-violent.”

Among the other games the incubator has hosted are Stormhatt Studios’ Barmark, a zenlike garden-tending simulator without win-states or objectives, and Forgotten Keys’ Aer – a Zelda-influenced adventure set on a network of floating islands which, last time Toresson checked, didn’t have any combat.

It’s clear that if anything ties the games under Gameport’s jurisdiction together, it’s a philosophy of inclusiveness.

“I hate the word mainstream,” said Toresson. “CoD is super polished, but has a super-high barrier to entry because you have to like guns, violence, burly men, white dudes shooting terrorists. And if you go online you have to love 14 year old brats screaming and cursing at you.

“I like the games to be challenging but not violent. I can enjoy Binding of Isaac for hours, I love Hotline Miami. But you also have to look at what we can do without violence. That’s mainstream in my head.