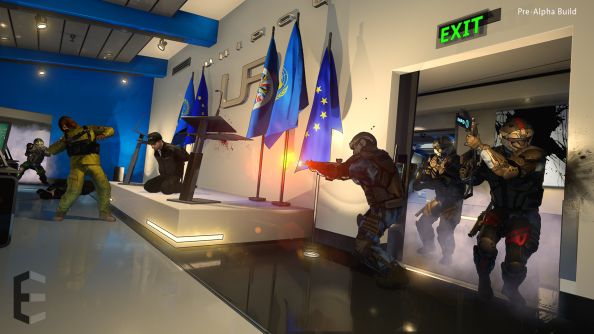 If there’s anybody who knows about planning and execution, it’s Christian Allen. The Ghost Recon designer began his career in the Marine Corps, and applied his experience to tactical shooters thereafter. But the coordinated assault planned for Takedown: Red Sabre, his first independent project, didn’t come off.

Looking for a finished FPS while Epsilon takes shape? Here are the 15 best first-person shooters on PC.

The ten-strong team at Serellan struggled to deliver on both the PC and XBLA versions promised in Takedown’s Kickstarter. QA was outsourced to a team who, it transpired at launch, had mostly been testing the co-op FPS on an internal network. And most farcically, just minutes before release, Serellan accidentally introduced a bug that made their AI deaf. It was a disaster of a breach and clear, with the grenade rolling to a halt at the studio’s feet.

“We had all these DLC and expansion plans, but instead of being able to do that we had to focus on fixing all those bugs,” remembers Allen. “The biggest lesson we learnt was if you’re a small team and you have a digital-only product that’s not tied to a huge marketing campaign or has to ship to Walmart by this date, there’s no reason to launch it like a retail product.” 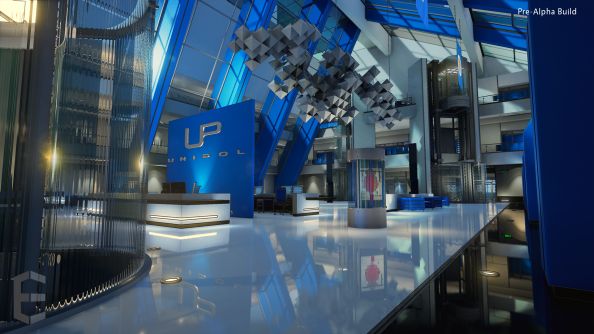 Serellan put out eight big patches, and released their DLC for free by way of apology. Then they began anew. Epsilon shares a genre with Takedown but in many other respects feels like its philosophical opposite. For starters, it’s already out in Early Access. And where tactical shooting’s leading light Rainbow Six: Siege has eschewed single-player altogether, Epsilon is all about directing an AI squad through a series of enclosed spaces populated by perps.

“We have doors,” Allen points out. He’s having a dig at Siege, which foregoes the tactical shooter genre’s favourite part of the house in favour of barricades. “It’s hard to mouse-wheel open a door when they don’t exist.”

What’s more, Serellan have embraced their fresh start as a chance to pull apart some of the unquestioned clichés of the genre. The team dusted off a clean, naval art style they’d developed for a cancelled sci-fi game, and pulled the camera away from American geopolitics for once. Epsilon is a unit tasked by an Interpol-alike with thwarting Eastern European militias. 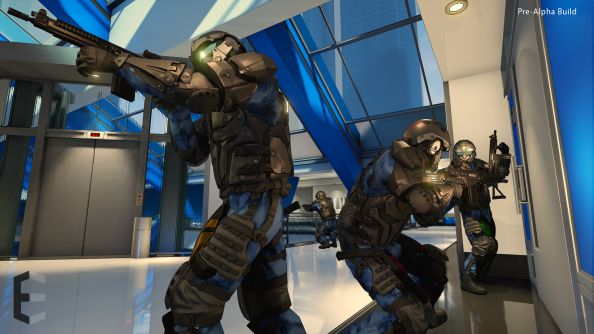 Allen had become fascinated by the contrasting international coverage of recent events in Ukraine and, separately, the estimated hundreds of thousands trafficked across Europe every year.

“It didn’t feel appropriate to have another ‘Ra! Ra! USA!’ team that goes around the world and takes down the bad terrorists,” he says. “I’ve written many Ghost Recon games and it gets really old writing the same, ‘This splinter group have obtained a nuclear, chemical, viral bomb that they’re going to set off somewhere so we have to go take ‘em down’. There were very strict guidelines on our Clancy stuff, so it’s nice to be able to branch out and tackle issues and maybe bring awareness to things.”

Working in Unreal Engine 4’s Blueprint scripting system and using an overhead camera actor, Serallen have put together a pre-planning screen in the style of the original Rainbow Six games. But the team don’t entirely subscribe to the old-school assertion that the best tactical shooting is all mapped out ahead of time. Even in classic Rainbow Six, says Allen, very few players actually created custom plans and stuck to them. 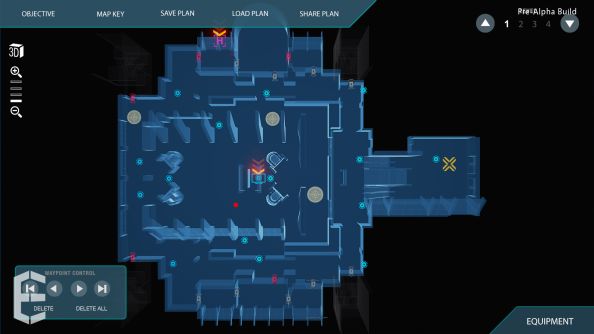 “One of the things that was kind of lame about Rainbow was that once you got down a certain point and the plan just kind of fell apart, all you could do was quit and start over,” he recalls. “We felt it was really important to be able to do it on the fly.”

In Epsilon, the idea is that you’ll be able to snake a camera under a door and react to what you see. If there are guards at two entrances, you might order your squad to stack up on one and place your own breaching charge at the other – timing your commands so that you can take down both tangos at once and secure the hostage. As Allen puts it, “awesome sauce”.

Squad AI is tough. On the one hand, you want your comrades to be wise enough not to wander out into the open when you ask them to. On the other, they can’t exactly refuse your every demand on grounds of rashness. 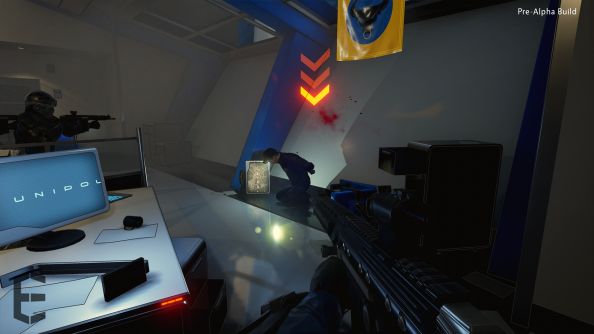 “There is a ton of work that goes into making player-directed squad AI that can still care of themselves, shoot enemies and not get hosed,” explains Allen. “What happens when they start taking fire and they don’t have a line of sight to the enemy? Do they try to relocate to get a line of sight, or do they take cover? All those things we build into the behaviour trees.” 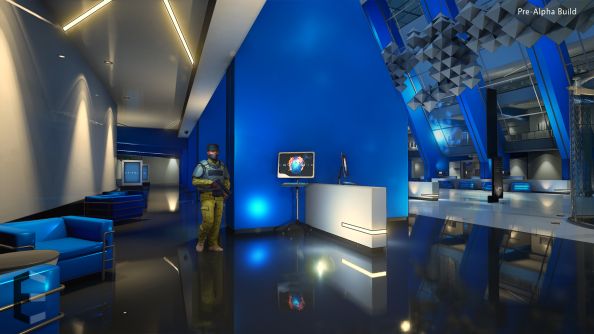 “On Takedown, hardcore was in our description, we were trying to make it very challenging,” says Allen. “On Epsilon, our goal is to make the player feel like an elite team leader of elite badasses.”

In this sponsored series, we’re looking at how game developers are taking advantage of Unreal Engine 4 to create a new generation of PC games. With thanks to Epic Games andSerellan LLC.