With nearly 80 Escape from Tarkov ammo types for players to wrap their heads around, it’s not hard to see how tricky it is for new players to figure out what ammo to buy for each magazine, let alone what ammo is best suited for certain scenarios. Those with little experience using real firearms already have plenty of hurdles to overcome in Escape from Tarkov, with most guns boasting over ten different components, so struggling to choose between all the different ammo types being sold across the several vendors is understandable.

For those Tarkov veterans who have run countless successful raids, there’s still room for improvement by learning which ammo does the best damage against thick armour, flesh, and anything in between.

With other factors like armour class, leg meta, and whether your target has a visor or not to consider when taking a gun fight, sometimes it’s just easier to know the best ammo types in Tarkov and get to work. Here we break down the best Tarkov ammo to use for each type so you can head into each raid with confidence. We’re not including weapons that can only take one type of ammo like the TOZ-106, as there’s really no other option.

Here is the best Escape from Tarkov ammo to use for every ammo type:

The PMM rounds are great too, but are not compatible with Kedr SMGs. In general all 9x18mm are useless against armour, but they have decent damage stats. Get Prapor up to level 3 in order to buy all of these. 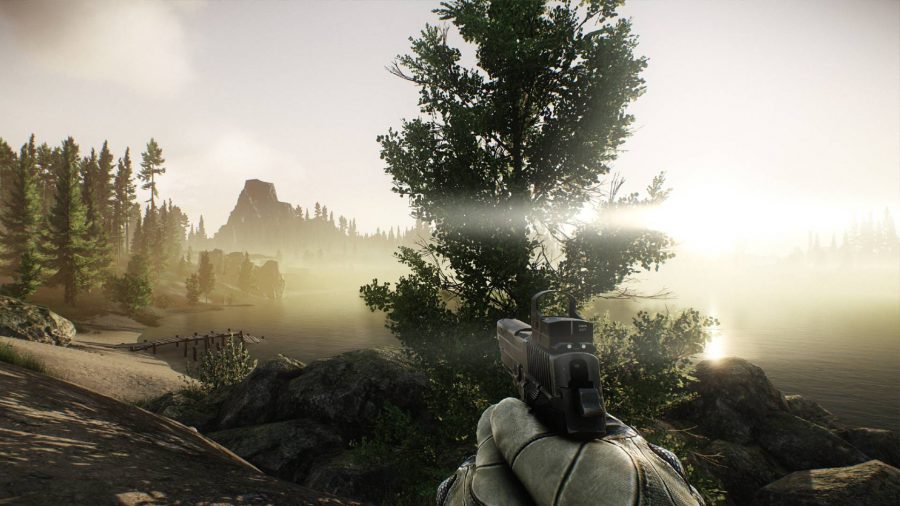 This round is pretty much only compatible with the TT pistol and boasts average stats across the board. We recommend taking the TT with GZH rounds as a high penetration backup should you run out of ammo for your primary. The LRNPC rounds will dish out higher flesh damage if you prefer that.

These rounds are used in a lot of pistols and SMGs – PP19, Saiga-9, MP5, and MPX spring to mind – and are definitely worth stocking up on. Generally, they offer very low armour penetration but deal decent flesh damage per shot. The AP 6.3 will make the 9x19mm viable against medium armour, but is pricey so the PST GZH is a solid alternative if you’re on a budget. Avoid the PSO GZH rounds unless you’re only going up against flesh bags or are confident in the leg meta.

If you’re using an SMG with a large capacity and high rate of fire, the Luger CCI rounds can overwhelm opponents with a hail of gunfire, while dealing reasonable damage and taking out mid-level armour through sheer volume.

Specifically manufactured for the 5-7 pistol and P90 SMG, this round was built with penetration in mind. If you’re looking to defeat armour you’ll want to use the SS190 rounds, which chew through armour, especially with a long bust from the P90. Another option is the SS193, which has similar statistics but is a subsonic round, meaning that your opponents won’t hear a crack from the round.

These rounds are much better against armour than the other options in this category, but you’ll need to rank Prapor up to level 4 to buy them.

There’s really not much variance in this bullet type, but you’ll want to avoid the Geksa due to its abysmal penetration values. These rounds are used by the Vepr AKM and VPO-209 and we feel it’s vitally important to point out the EKO is essential if you’re going to use the VPO-209 thanks to its higher armour pen and muzzle velocity stats – it’s still not quite a sniper. 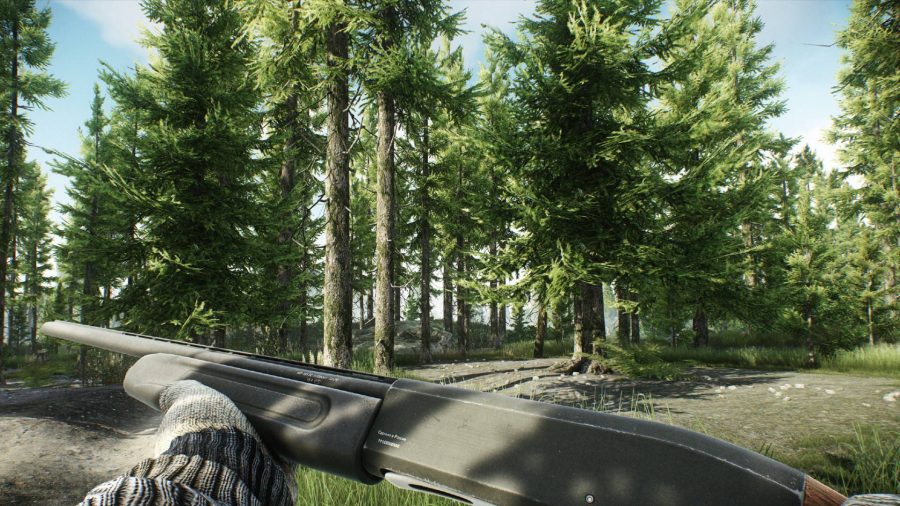 
If you aren’t fielding the TOZ shotgun, then you’re going to be using these 12 gauge shells. Slugs are solid lead projectiles that essentially convert your shotgun into a rifle. Hitting someone with one of these will punch through armour well and destroy any body part you hit. The AP20 slug has the best penetration power, to ensure you make it through the armour.

Buckshot is a spread of concentrated pellets that can still provide multiple hits at medium ranges, armour will defeat the pellets easily. The Magnum Buckshot rounds will deal good damage, and if two of the nine projectiles hit an unarmoured body part it will be immediately destroyed.

These chunky twenty gauge shells are only used in the TOZ-106 currently, but if you’re going for a budget run then taking some good ammo can make this gun perform very well. The 12/70 Star Slug is the best penetrating round, even if it’s still low compared to most other calibres. It makes up for this with large damage. If you don’t mind dropping your penetration to basically nothing, the aptly named Devastator Slug will deal impressive damage to unarmoured body parts.

You’ll find this round in most of the AK variants, including the AKM, AK-104, SKS, VEPR, and AK-103. Because of this, you’ll likely want to stock up on these, so making the right call here is vital. Generally, these rounds offer great armour penetration and flesh damage, so you should be just fine aiming for the thorax. In most cases, you’ll want magazine’s stacked with BP rounds as they will punch through practically any body armour and still dish out plenty of flesh damage. PS rounds offer slightly more damage against flesh without compromising too much in terms of amur penetration, so consider these a solid backup.

Only two guns use this Escape from Tarkov ammo type: the AS VAL and VSS Vintorez. The SPP and BP variants are fantastic at punching through medium armour and don’t take long to down, but they are very expensive and tricky to get hold off in large quantities, so the SP6 is the early game option to go for. 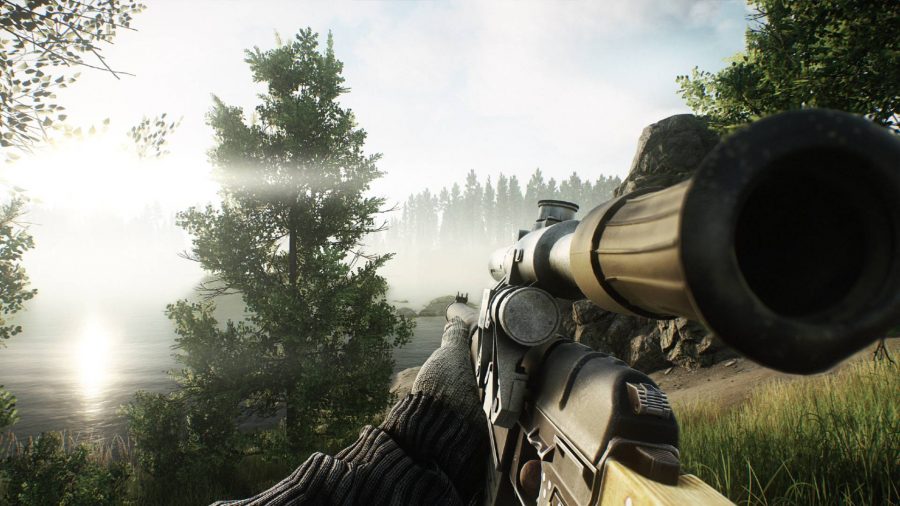 You’ll only be seeking this cartridge if you’ve got a SR-1MP Gyurza. The difference between the SP10 and SP13 is negligible, but the armour pen drops off a cliff when using the SP11 and SP12 rounds.

If you thought the AK’s 7.62x39mm rounds could tear through armour then you’ll really get a kick out of its bigger brother. Used across a number of long-range weapons, including the M700, DVL-10, RSASS, M1A, SA-58, and Vepr Hunter, these rounds have no problem penetrating higher class armours. As these are generally sniper rifle rounds you don’t need many, so we suggest kitting yourself out with the very best to ensure you see a pink mist rather than sparks flying off armour. The M61 will tear through armour, and while the M62 will handle medium armour with ease, it’s high flesh damage stats make it ideal for hunting scavs. 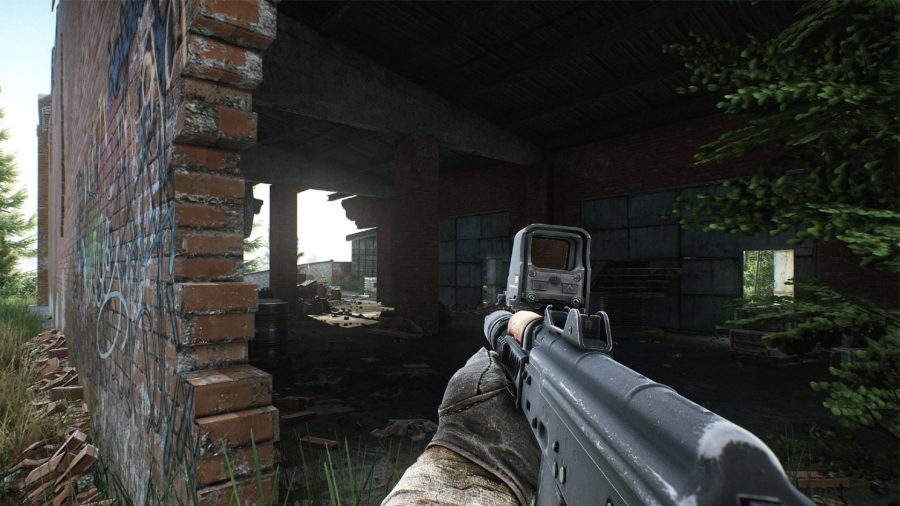 One of the biggest calibres accessible to new players, the 7.62x54mmR can be loaded into Mosin, SV-98, and SVDS rifles. If you’re using a scope then you may want to opt for the 7N1 Sniper rounds as you can place your shots to avoid armour. If you’re planning on taking your target down with chest shots then you’ll want to use the highest armour penetration rounds where possible – the SNB does a job on all but the toughest armours.

You’ve got a whopping nine choices when it comes to picking rounds for your M4A1 variants, such as the HK 416A5, DT MDR, AK-101, AK-102, and ADAR 2-15. If you’re a firm believer in the leg meta then you’ll likely prefer the 55 HP, Warmage, and MK 255 Mod 0 rounds that deal an eye-watering amount of flesh damage – the Warmage wins out here, but its armour penetration values are among the lowest in the game.

If you prefer to aim for the thorax and simply punch through any armour in your way then the best options is the M955 round, which still falls short of the average 7.62x39mm round for armour pen. The M885 is somewhere between the two – mediocre armour pen but plenty of flesh damage. These shred class 4 armour, but struggle against anything thicker.

Get yourself some 7N39 rounds and an AK-74 and there’s no armour you won’t be able to obliterate. They are pretty expensive and tricky to get hold off, so consider BS rounds the next best thing with BT rounds a close third – they’ll deal with class 4 armour, but underperform on anything better.

If you’re scouting out specific maps then check out our walkthrough of the Escape from Tarkov Customs map and a guide to all Woods extracts – just make sure you enter the raid with the right rounds.