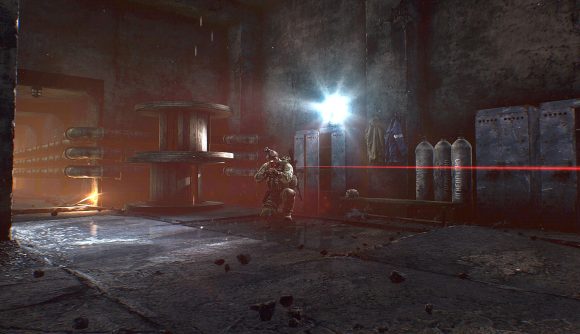 Since Escape from Tarkov’s latest major patch, BattleState Games has been pursuing cheaters with renewed aggression. The day after the wipe, the company banned some 3,000 players, and that number has now climbed to almost 10,000. BattleState chief operations officer Nikita Buyanov says the studio has plans to address real-money trading and high pings as well.

Taking to the Tarkov subreddit, Buyanov provided players with an update on BattleState’s plan for addressing cheating in the game. BattlEye, the anti-cheat solution Tarkov uses, has been responsible for nearly 10,000 bans, and Buyanov says BattleState is working with BattlEye to refine that system to make bans process as quickly as possible.

The studio also plans on adding an in-game player report system – although Buyanov writes that reports will be used alongside BattlEye data to make a determination on whether a ban is appropriate. Another tool in development is SMS-based two-factor authentication, although Buyanov admits that cheaters willing to pay $200 for a cheat are likely willing to buy a new SIM card as well.

“This will just make their life a little harder, but it’s a good thing,” Buyanov says.

Buyanov went on to say that BattleState is banning anyone caught trading with real money in the Tarkov flea market – and that policy covers buyers and sellers both. “Planning a lot of things against them which I can’t disclose,” Buyanov wrote.

The studio is also considering disallowing players from connecting to Tarkov from behind VPNs, as these can result in bad ping rates that reduce the quality of matches for everyone involved.

“Unfortunately, some of [the] past and upcoming measures can influence … the fair players, restrict[ing] them somehow,” Buyanov said. “That’s why it’s not an easy and quick bunch of measures – it must be done properly.”

Finding your way around Tarkov for the first time? Check out our guide to Tarkov’s Interchange map, which will show you – most importantly – where the exits are.