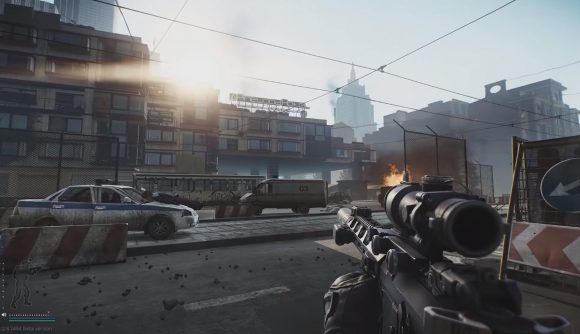 One of the lead developers on FPS game Battle of Tarkov has given a status report on what the team’s currently up to. Among other good news, one of the multiplayer game‘s older maps is getting an update, and players are getting an unlootable compass.

Battlestate Games COO Nikita Buyanov published the report on Reddit, running through a list of key points. Most importantly, the developers are mostly working from home, and are in good form. The game’s currently undergoing an annual review to make everything run better in Unity, and as of now protections are in place for most hackers and cheaters.

Two exciting tidbits are mentioned. Firstly, the bulk of the level design and environment artists are working on Streets of Tarkov, the upcoming map that was revealed back in June. One expansion for an existing location will be launched before then, though the actual spot isn’t specified. Secondly, the 12.8 patch will include a hand-held compass for players that can’t be stolen. Wrist-based compasses are coming later, and no doubt the hand-held versions will help players and devs get to grips with the extent of the tool’s uses in the battle royale game.

Comments below the thread speculate that Woods and Factory are the likely candidates for the eponymous expansion. Buyanov’s publicly commented about wanting to improve both at various points.

A recent patch updated Escape From Tarkov’s Reserve map. If you’re considering giving the Russian military shooter a go, we have some tips to help you escape from Tarkov.