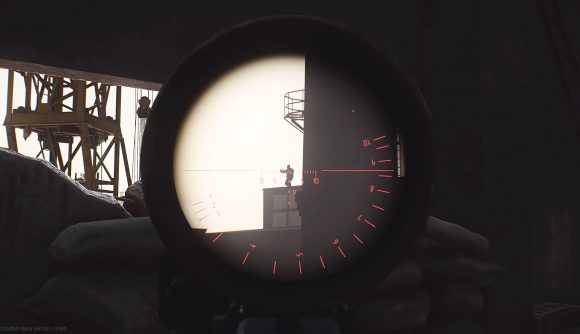 Battlestate Games has posted the preliminary patch notes for the next big Escape from Tarkov update, and this one is a doozy. In addition to the much-anticipated expansion to the Customs map that will provide more paths around the central bottleneck, update 0.12.7 adds a brand new scav boss, new weapons, new quests, and makes a couple tiny little changes that are going to have a big impact on how the survival shooter plays.

First, the new scav boss. Named Sanitar, he can be found on Shoreline, and he’s a former doctor who uses his old professional skills on the battlefield. What that means is that you can expect him to heal himself and the scavs he hangs out with once you begin the engagement. He uses a variety of medications and stimulants (some of which he apparently manufactures himself) and can perform some battlefield surgery like applying tourniquets and extracting bullets from wounds. Naturally, he’ll be coming with a few new Shoreline quests, so keep an eye on the vendors once the update arrives.

The other topline addition in 0.12.7 is the much-anticipated expansion of the Customs map teased during the PC Gaming Show a month ago. It’ll expand the size of Customs by about 30-40%, but the big deal is that the change eliminates a troublesome bottleneck at the rail overpass along the road. 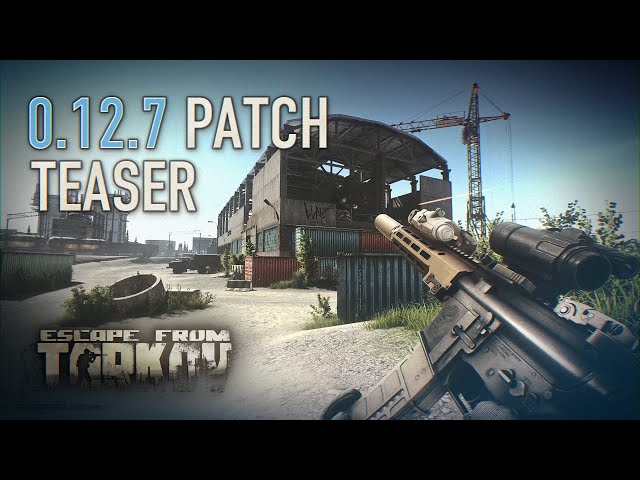 In its ongoing efforts to eliminate cheaters, Battlestate is also adding a new reporting system. On the post-match screen, you’ll be able to report other players for suspicious behaviour that might indicate aimbotting or wall hacking, as wall as for unacceptable nicknames and exploiting bugs.

One of the most serious changes, however, is buried in down in the notes, and it’s easy to miss. Battlestate is adding 5 HP to characters’ chest region, bumping that from 80 to 85. That’s a significant change, because it eliminates several ammunition types’ potential for one-shot kills on centre-mass, including the 7.62x51mm M80 round and the 7.62x54mm LPS Gzh, which is currently a popular round for the Mosin bolt-action sniper rifle. The change means the 5.56x45mm M995 round, usable in the Colt M4A1 assault rifle, goes from being a two-shot kill weapon to requiring three.
Naturally, all bullet types are affected by this change, and it’ll make for a serious shuffle in Tarkov’s ammunition meta.

The patch will also introduce an early iteration of the reworked skill system, including a bunch of new skills to train up, plus two new weapons, the FN GL40 grenade launcher and the Mossberg 590A1 shotgun. It’s a big patch, after all.

You can read the full preliminary patch notes on the Escape from Tarkov forums, and bone up on bullets with our Escape from Tarkov ammo guide. Battlestate hasn’t officially announced when the update will roll out, but we suspect it’ll show up sometime next week.