Escape from Tarkov has seen a recent surge in popularity, thanks largely to big-name streamers with huge audiences who tuned in over the first week of the year, incentivised by the promise of valuable in-game loot drops. But I’ve been watching Tarkov streams and playing Tarkov for well over a year, and while developer Battlestate Games has taken a rather lousy view on the notion of adding playable female characters to Tarkov, the game it’s built is perhaps a peek at an emergent genre – one that I propose we call ‘zone games’.

The biggest other entry in this nascent genre I’ve just named is Crytek’s Hunt: Showdown. As in Escape from Tarkov, Hunt: Showdown sends you into a large, cursed area full of hazards that come in the forms of both other human players and AI-controlled enemies. And as in Tarkov, in Hunt you’re risking something meaningful just by setting foot in its poisoned swamp – if you die, your hunter is gone, along with all their precious gear.

So why zone games? You might imagine that it’s a callback to STALKER, GSC Game World’s beloved 2007 shooter-RPG about exploring an irradiated zone full of alien artefacts and hostile factions. And you’d be partially right – STALKER and its sequels established many of the game elements, as well as the atmosphere, that you’ll find in Escape from Tarkov and Hunt: Showdown. But STALKER the game owes much to Stalker, the hauntingly beautiful 1979 existentialist sci-fi film by legendary Russian director Andrei Tarkovsky. 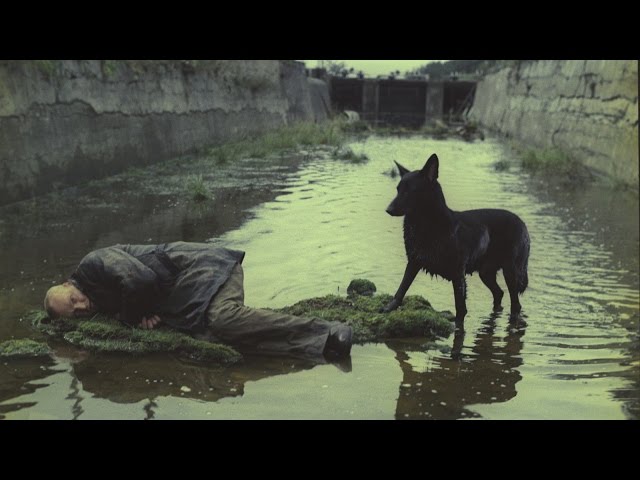 The film follows three men – a writer, a scientist, and their guide the Stalker – as they venture into a heavily fortified zone in search of a mysterious room that’s said to hold whatever one most deeply desires. Entry into the zone is forbidden, and the imposing militarised fenceline surrounding it, as well as the Stalker’s deformed child, suggest that it’s full of sinister environmental hazards – radiation, pollution, or something worse. The trio are nevertheless irresistibly drawn to the zone, and that pull – as well as what they find inside – is at the core of zone games.

Once the trio has escaped the city and entered the zone, Tarkovsky’s film sheds its forbidding sepia tones for the vibrant green of nature reclaiming a place abandoned by humanity. The remains of military vehicles, canals, and power plants form the visual landscape of Stalker, and these decaying monuments to industrialism and martial power have their own weird and alluring beauty.

Buddy up: The best multiplayer games on PC

So it is in Tarkov. Lush green grass covers the fields and sprouts through cracks in the pavement around abandoned factories. Rusted-out tanks, aiming at long-forgotten enemies, are now beds for moss and lichen. The sun plays off the standing water that fills old basements and shop floors. The crumbling remains of civilisation – ugly and purely functional in their original design – have become strangely beautiful in the zone. 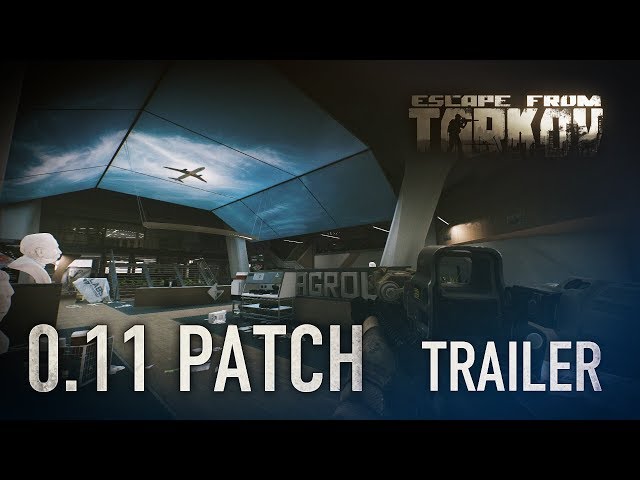 Just as Tarkovsky’s Stalker leads his newfound friends deeper into the zone, through its inner chambers and sewer pipes, so the metal hulks of Tarkov’s Factory and the mall at Interchange draw you in. They’re terrifying, but there’s something arresting about the way Battlestate Games has captured the play of light and shadow on surfaces covered in detritus and litter, or the grunge on the rickety metal catwalks over a factory floor, and they’re places that are hard to get out of your mind.

Both Tarkov and Hunt are awkwardly grouped into existing genres, such as battle royale or loot shooter, but neither label is wholly adequate. Both games feature permanent character progression and asymmetric loadouts, which rules out battle royale; and both threaten the loss of everything you take in, which sets them apart from loot shooters. Finally, despite frequent dread and, in Hunt's case, nodding to horror as a theme, they can't be classified as survival horror games like DayZ, either. Hence the need for a new genre: zone games.

Hunt: Showdown has different thematic and visual languages, but they sing the same siren song. The setting is a ‘Weird West’ version of the Louisiana Bayou, which even under normal circumstances has a very haunted feel to it. In Hunt, of course, it’s literally haunted: zombies in fieldworker clothes shamble around the dirt roads, with larger, stranger abominations lurking inside the wooden barns and cemetery outbuildings. The time of day and weather conditions change in Hunt just as they do in Tarkov, but my favourite time to go bounty hunting in the swamp is near high noon, when there’s dust in the air and the shadows are starkest.

Hunt: Showdown’s Stillwater Bayou is another example of man-made ugliness that’s in a state of decay and succumbing to nature. There’s an old slaughterhouse, partially submerged shanty towns, a lumber mill – the same kinds of purely functional, unsightly structures found in Tarkov, separated by about a hundred years. The same kind of natural beauty waxes in this place as humanity’s influence, and the scars of our struggle and toil, wanes. 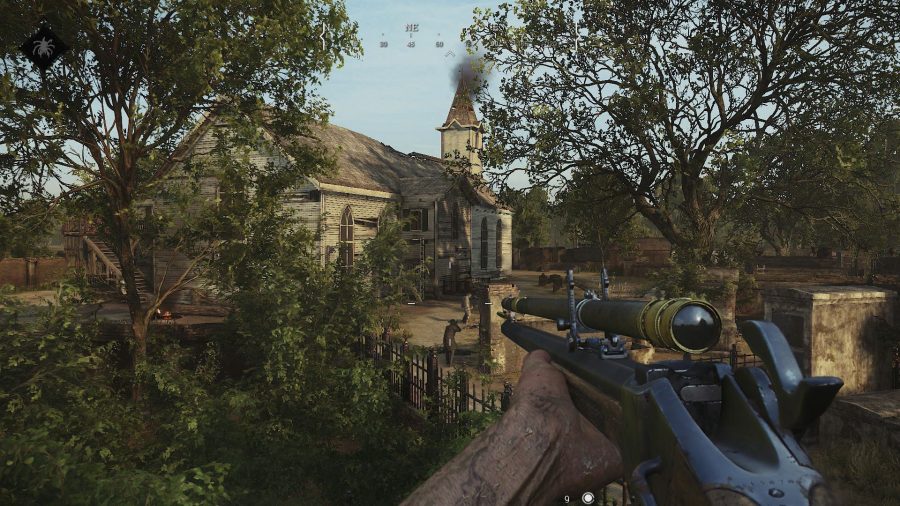 Aesthetics and theming are important in games, but they don’t tell the whole story, and they certainly don’t warrant the establishment of a new genre. Escape from Tarkov and Hunt: Showdown both contain elements of Tarkovsky’s visual and thematic style, but they’re also built on the idea that Stalker so vividly illustrates, which isn’t so much about the zone itself but the journey through it.

Zone games send us into lawless territory, and whatever we take with us will have to see us through to the other side, or the trip back. In zone games, you can sometimes pick a fixed objective to pursue, or you can go in on your own terms. Perhaps in Tarkov, rather than completing a quest for one of the game’s merchants, you’d rather explore the factory dormitories at Customs for the first time. Maybe you just need to scrounge some computer parts or weapons to sell in order to finance your next big expedition. Hunt: Showdown lets you take on a contract to kill a horrible monster, but you can also wait around for someone else to do that, kill them, take the bounty, and leave. What matters is whether or not you survive, because both games punish you severely for dying. 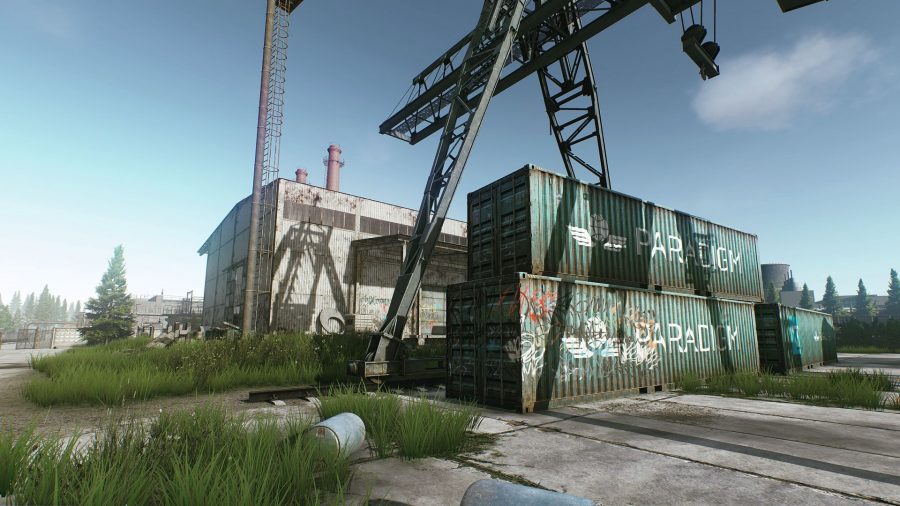 Last year, I wrote that – perhaps as the pendulum swings back after Dark Souls – games seem to be pulling away from mechanics that force us to experience loss. Well, zone games are bringing that back, and how. Losing an expensive, kitted-out rifle in Escape from Tarkov, or a seasoned bounty hunter in Hunt: Showdown, stings more fiercely than anything I’ve felt in games for years. The knowledge that this can happen at just about any time, and often in ways that feel a bit unfair thanks to players with more skill or better gear, gives zone games a constant thrumming sense of dread that’s far beyond anything I felt playing Resident Evil 2.

Conversely, the sense of victory when you’ve downed a rival, or simply managed to limp your way to an extraction point, is exquisite. String enough of those wins together over time, and you’ll develop a mastery of the region – a knowledge of where danger spots are and how to react, where the best loot can be found, the kind of gear you’ll want to bring, and the secret shortcuts through the area. You’ll be able to guide new players through their early adventures into the zone. You become a stalker. 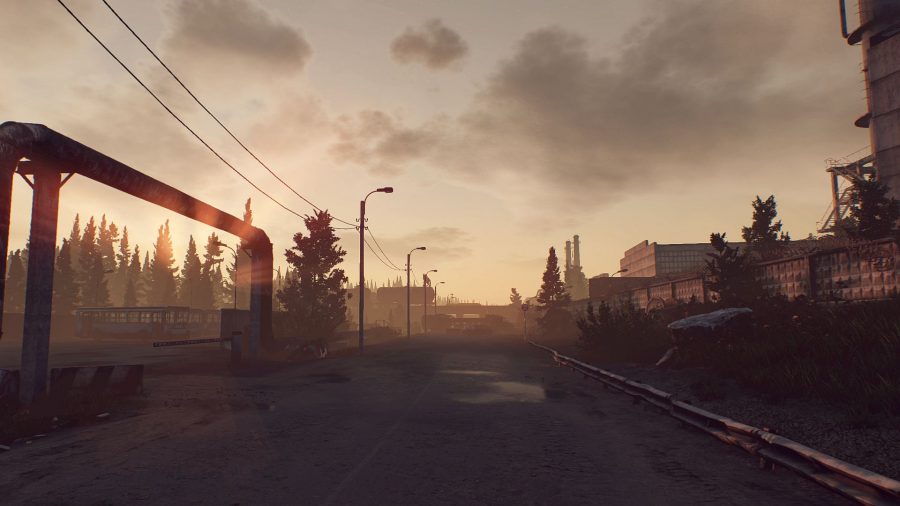 In 1986, nearly six years after Stalker premiered in Moscow, a reactor in the Chernobyl nuclear power plant went critical and exploded in Ukraine. It was the worst nuclear disaster in history, until the meltdowns at the Fukushima Daiichi plant in 2011. The workers who ventured into the Chernobyl Exclusion Zone established after the disaster called themselves ‘stalkers,’ and today the guides who take curious tourists to the nearby ghost town of Pripyat often use the same term for themselves.

Zone games ask us to venture into lawless, poisoned regions and to take on all the accompanying risks. One misstep or moment of carelessness can be fatal. The zone contains its own dangers, but the most terrifying things within it are our fellow stalkers. We slip in, collect what we can, and get out, hopefully with enough treasures in our satchels to finance our next trip. And there will always be a next trip, because the zone always calls us back. 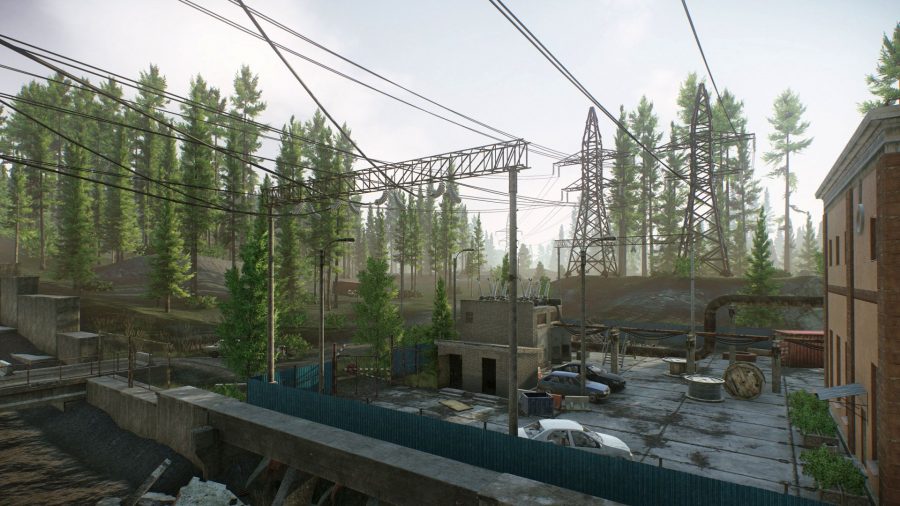 The idea of forbidden zones is uniquely exciting, but is also a constant reminder of the lasting cost of humanity’s carelessness in pursuit of constant expansion. Hunt: Showdown’s zone may be poisoned by evil magic, but Tarkov was made into a lawless wasteland by run-of-the-mill human development – and the brutal warfighting that followed in its wake.

Out in the desert near Carlsbad, New Mexico, sits the Waste Isolation Pilot Plant, a repository designed to store radioactive waste more than 2,000 feet underground for 10,000 years. US Department of Energy researchers have developed a way to mark the area as a poisonous zone to civilisations that come after ours. The site will eventually feature 32 granite pillars, each 25 feet tall, spaced around a four-mile square. Inside this square will be a high earthen berm built around a granite room placed directly over the waste storage site. A message rendered in pictograms will warn anyone who finds the site: ’What is here was dangerous and repulsive to us. This message is a warning about danger. This place is best shunned and left uninhabited.’ 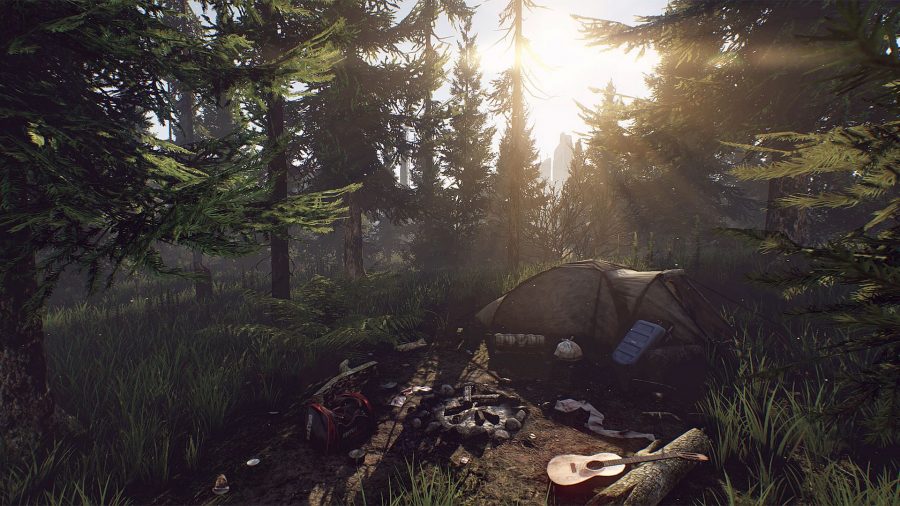 Hauntingly beautiful or weirdly appealing as their worlds are, exploration in zone games is fleeting. There’s always a time limit, and you can’t afford to linger anywhere. These places are hostile and, as with Chernobyl’s Exclusion Zone, it’s best to escape while you can.

Stalker was filmed in and around an abandoned hydroelectric power station in Estonia, and several members of the crew, including Tarkovsky himself, eventually became ill and died. Sound designer Vladimir Sharun attributes those deaths to a plant upstream that dumped noxious chemicals into the river. Tarkovsky, his wife Larisa, and Anatoly Solonitsyn (who played the Writer) all eventually perished from the same form of lung cancer a few years after making Stalker.