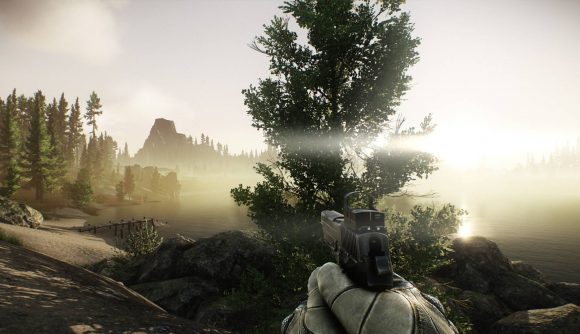 Escape From Tarkov, Battlestate Games’ hardcore MMO first-person shooter, is in for a pretty sizeable new update today (May 28). The studio’s outlined what’s in store for the FPS game’s 0.12.6.7456 patch, and there’s plenty to sink your teeth into, including a “global wipe of characters”, a bunch of flea market changes, new character outfit items, “new gear”, AI improvements, and more.

According to the developer in the patch notes posted on the multiplayer game’s forums here, the update’s “global wipe” will “not affect the saved weapon presets and examined items in the handbook”. But, it looks like we can expect that reset of every player’s progress that the studio indicated earlier this year would be on the way at some point this summer.

Alongside this, there’s a hefty batch of additions to the game to look forward to, including new parts for the AR-15/M4, which you’ll have to go find in the map and bots’ inventories, new “BEAR”, “USEC”, and “Scav” tops and trousers for your characters, and other “new gear” – though there are no details on what this might be in the notes. Hmm.

The flea market’s now got “Captcha” (you can find out how this works in practice in the notes below) and some other changes, such as to items’ “found in raid” statuses and sale options, the market’s currency icons, and interface. Also added to the game is the “first iteration” of Escape from Tarkov Steam Audio and “a large number of UI layout edits and UI bug fixes.”

There will be a global wipe of characters. The wipe will not affect the saved weapon presets and examined items in the handbook

That’s alongside various optimisations, AI improvements, fixes, and other changes. Read on to see the Escape From Tarkov patch 0.12.6.7456 notes in full (via Battlestate Games):