Planning an excursion to woods? Worried about the dense tangle of trees and enemies? Knowing what you’re going in for is key to making the most of your run. Knowing the spawns, extracts, and boss’s location and loadout can make every run far more profitable.

Woods is probably one of the least forgiving maps, with limited loot available to those who don’t want to fight for it, incredibly long sight lines, and plenty of foliage to give enemies concealment.

Surviving any raid in this Hardcore FPS can be a momentous task if you’re unprepared, so check out our guides on Escape from Tarkov ammo, how to extract from Customs, and our general tips on how to escape from Tarkov. However, this feels more prominent in woods, where death can come from across the map in a single shot you never heard. Whether you’re going after Shturman, other players, or just ticking off a few tasks, this guide will give you all the tools needed to survive your trip to the woods today, and come out with some rare guns, armour, and barter items via the Woods extracts.

The insertion positions on Woods follow the usual template of Escape From Tarkov. A cluster of points on the east side, near the roadblocks, and another grouping on the west, near Outskirts. Players arriving at these spawns will need to cross to the opposite side. This means traveling in parallel with those who spawned close, while colliding head on with those who didn’t.

Spawns on the west side of the map start at the west Border extraction point, and are interspersed along the west wall, with some near the UN Road Block near the north wall. These spawns are near some of the most open parts of the map, where the rocky trenches clear out the trees leaving long sight lines and plenty of players who can rush forward and get some early distance kills. Try to stick to the trees where possible and maintain concealment to ensure you take the first shot.

These spawn points are centred around the Outskirts extraction point and wrap around from The Boat to ZB-014. If your spawn is close to the Scav house and Outskirts then be aware that players will likely be rotating around your position, however the dense foliage can mean that engagements will happen at close range. Try to move quickly ensuring your path is clear or find a spot to bed in and wait for players to come past you. Most enemies will be heading towards the lumber yard to the east of these spawns, so you’re most likely to take contact from the west. Be aware of Scav house as it usually has a high population of Scav AI to contend with, but during the opening minutes of a raid few are likely to have spawned.

There are plenty of ways to extract from Woods, but some require extra planning to ensure they are available. From keys, friendly Scavs, and roubles, there are multiple options for you to secure your loot. The paths less travelled may provide you with a quieter escape, but they aren’t always available and the more information you have, the more flexible you can be in your approach. Remember to press O twice and make sure you’re headed in the right direction. 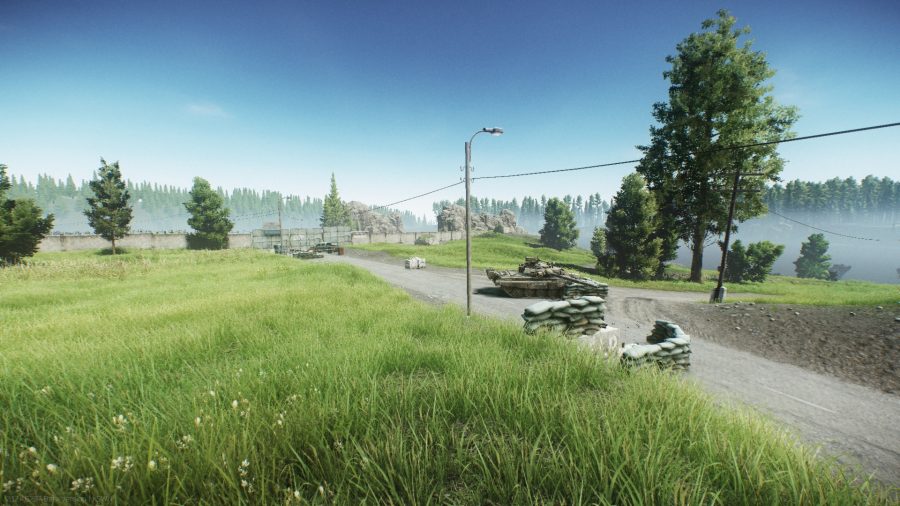 Located in the northwest most corner of Woods, there is a large metal gate. This extract is only available if a green flare is burning on a rusted barrel. It can be approached from the water, or along the road across the north wall. 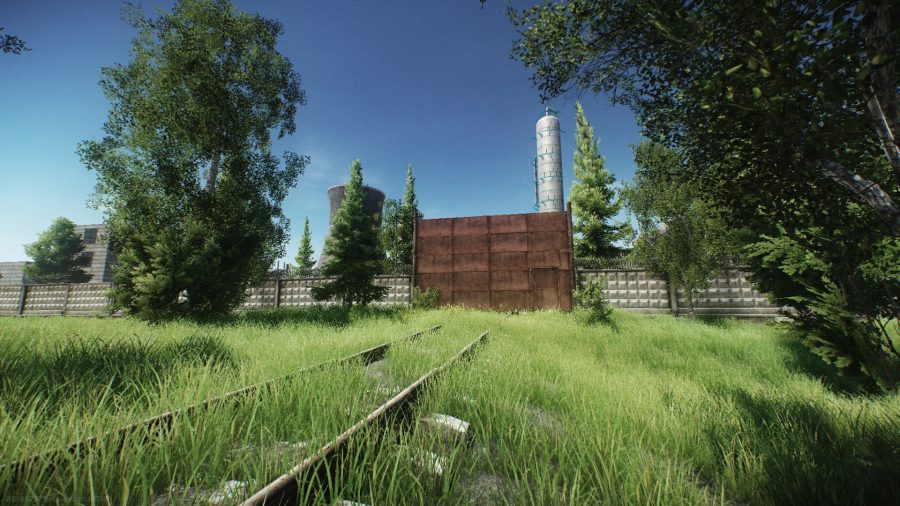 Halfway along the north wall on the west side, between the RUAF Roadblock and the UN Roadblock, there is a gate that leads to the factory. This extract can be tricky to use because it relies on you bringing a friendly player Scav with you, and those are hard to come by. 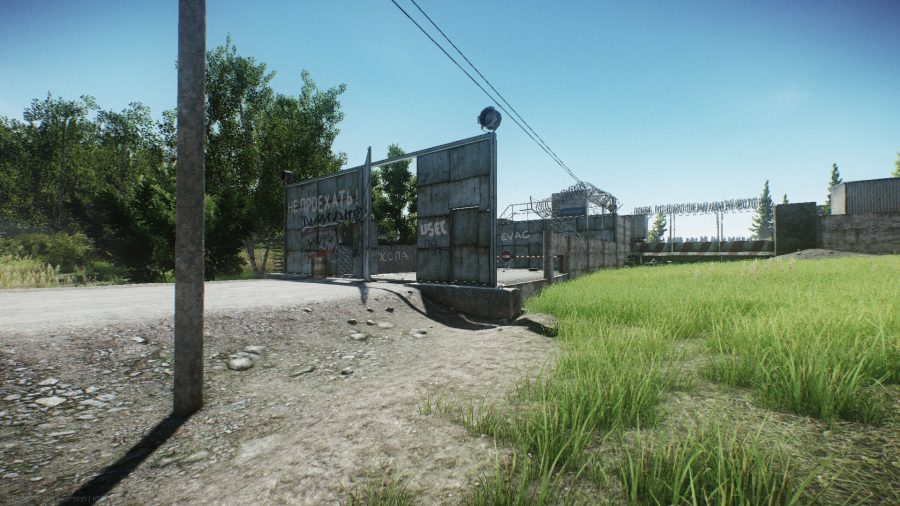 Opposite the RUAF Roadblock, and at the top of the westmost wall, there is another large checkpoint. This extract has large walls surrounding it making it a safe space to get out. It’s always available to those who spawned on the east side. 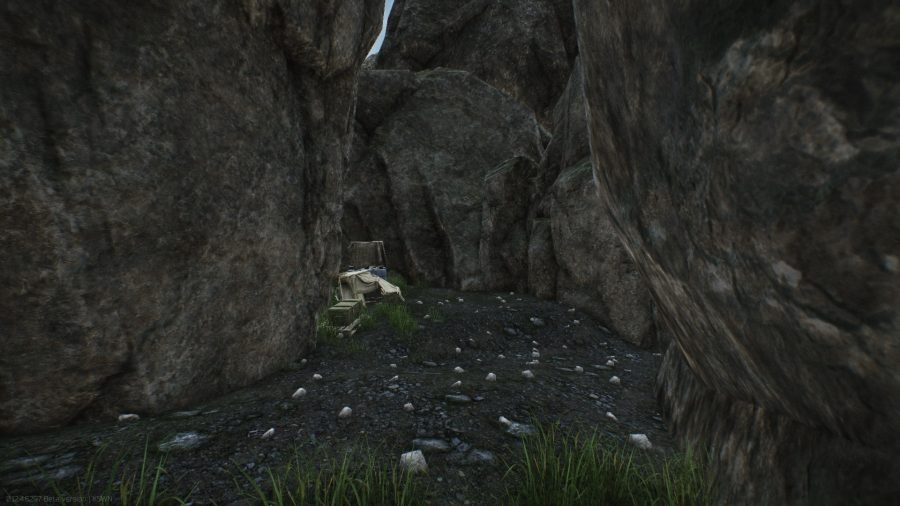 In the middle of the south side of the map there is a small crevice into a large mountain. There is a wooden crate on a pallet. If you’ve picked up the expensive Red Rebel ice pick, have some paracord on you, and aren’t wearing a vest, then this extract is available to you. This extract requires some planning and financial investment but will allow you a quick escape from the nearby lumberyard. 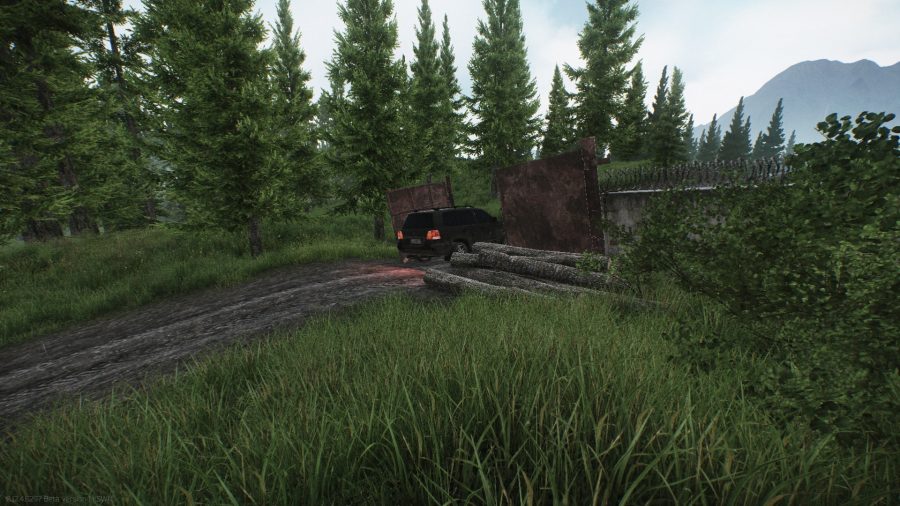 Just to the east of the Cliff Descent Extraction there is a road that leads from the lumber yard to the south exterior wall. Here there is a red gate with an SUV parked in it. If the SUV is there then you can spend three thousand roubles per person and get up to four PMC’s out of the raid. It takes a minute for the driver to depart and once it’s been used, no one else can escape this way. 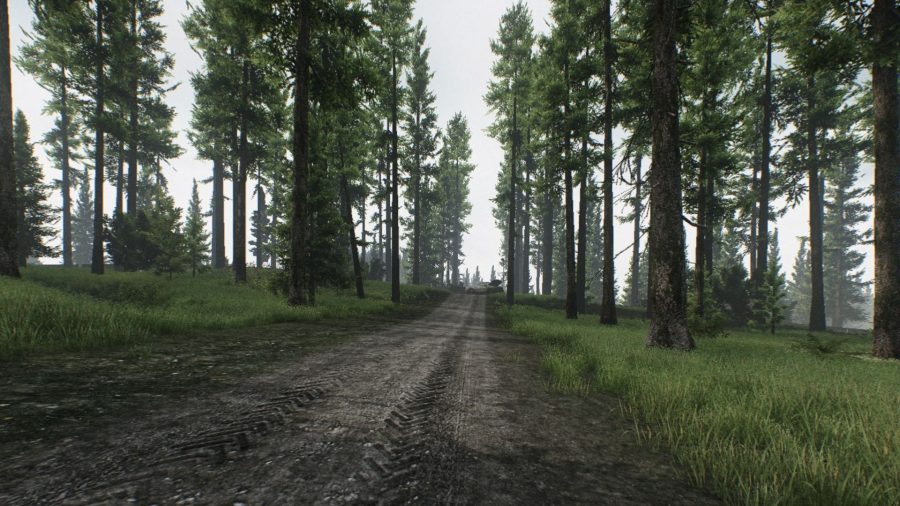 On the east side of the map there is a main road that runs north. At the top of this road there is a large area designated as the outskirts extract, centred around a gate with a decrepit car nearby. This large zone allows you to keep moving throughout your entire extraction countdown and has plenty of foliage to keep you hidden. 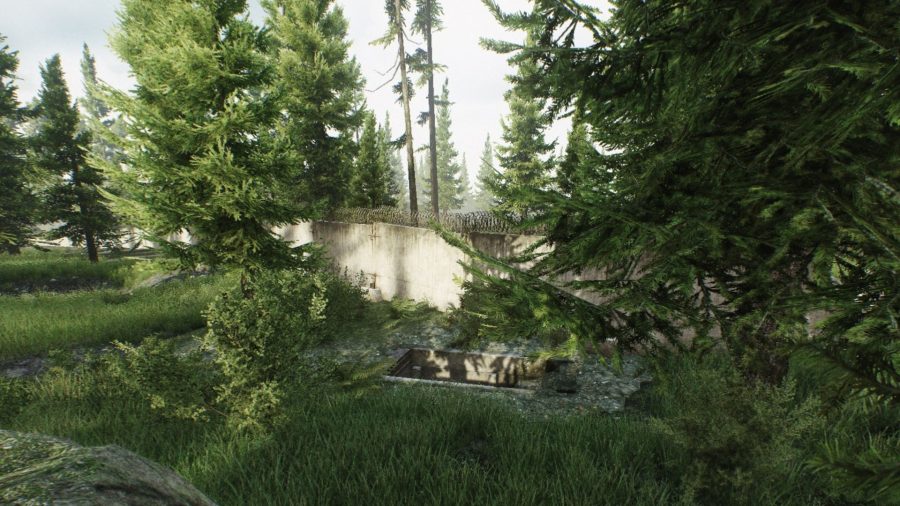 On the east wall, south of the Scav House, there is a bunker built into the ground. If the extraction is available, then a green flare will be visible outside. Be aware of the rocks nearby as they are a popular camper spot. Once you get inside you will need the ZB-014 key to unlock an interior door and escape. 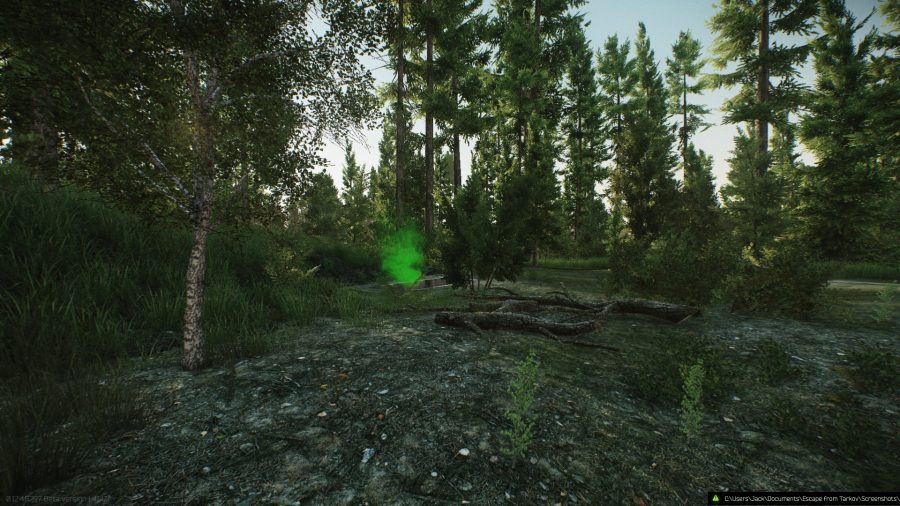 To the southwest, between the crashed plane and Old Station, there is another bunker built into the ground. This one does not require a key but is only available if the green flare is present. 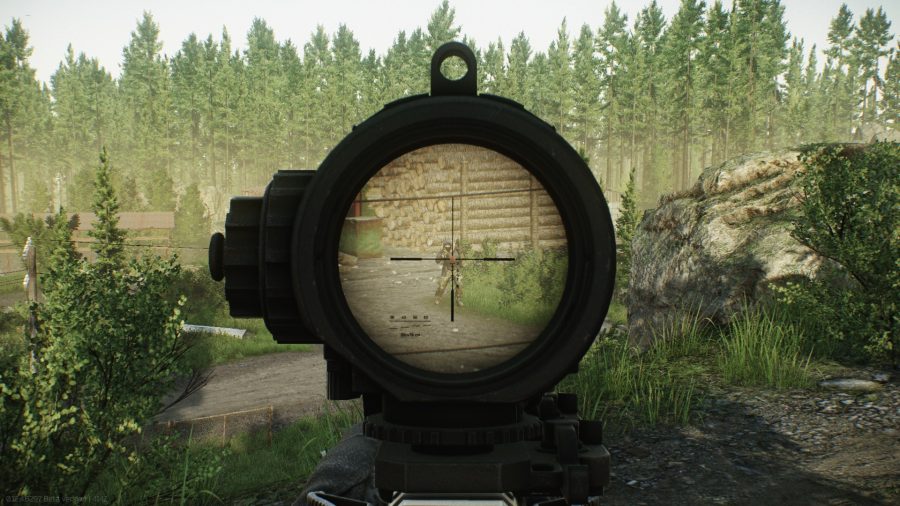 Loot and Shturman, the Woods boss

Woods is a deadly map with very little loot to compensate for the risk, with a few scattered crates and Scav as the only loot sources outside of the Lumberyard. If you do venture into the Lumberyard looking to score big, then you’ll be gunning for Shturman and the players also hunting him. He is the Scav boss of Woods and is armed with an SVDS. He has a larger hit point pool than most Scavs and is deadly accurate. He is followed by two followers who have the surname Svetloozerskiy. They are armed with high damage long-range weapons and plenty of grenades. Shturman and his followers do not wear helmets but can have high tier body armour so aiming for the head is recommended. The gear acquired from these enemies is usually valuable, and Shturman can even have the rare Red Rebel Ice Pick, which is worth millions on the Flea Market.

Shturman’s unique loot item is his key, which can be used to open a box in the lumberyard. This box is against a central woodpile, on top of a tyre. Inside there are always rare, or super rare items, including weapons.