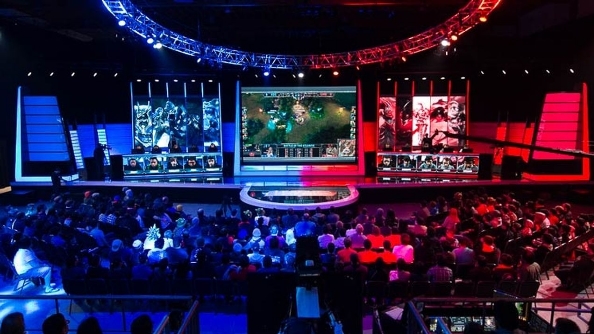 If you’re a UK reader, you may well know of Ginx TV. They’re a gaming-focused TV show producer, with their most recent popular show being (the sadly cancelled) Videogame Nation on Challenge. Their new project is significantly bigger though: a 24-hour eSports channel to air on Sky.

Looking to get into eSports? One of the best MOBAs could be a good start.

Ginx eSports TV will show eSports 24 hours a day, covering huge tournaments such as the Turners ELeague, and games like Counter-Strike: Global Offensive.

Broadcasters ITV and Sky are expected to take minority stakes in the business. Sky themselves will air the channel, which will appear on their programming guide alongside traditional sports channels.

“I am also delighted about the prospect of Sky and ITV joining our shareholder roster, it goes without saying that the combined media footprint and expertise of both presents a significant opportunity for us to make a bigger impact, faster.”

Ginx recently moved into their new studio in King’s Cross, London, from which they will broadcast the FACE IT eSports Championship Series, which takes place at the UK Wembley Arena this month.

While a primarily UK channel, Ginx eSports TV will be distributed to 23m households beyond the UK and Ireland, making it the biggest eSports TV channel in the world.

Do you watch eSports? Would you be interested in seeing it on TV, rather than watching streams via Twitch and other ‘traditional’ eSports platforms? Tell us what you think of Ginx’s new plans in the comments below.