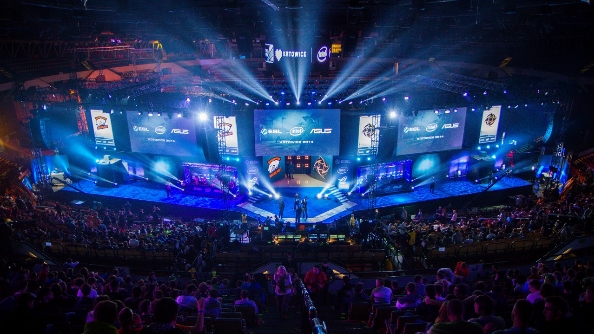 The head of Germany’s Olympic Sports Federation has slammed esports, not only stating that they won’t ever find a place within the Olympics, but suggesting that esports don’t even deserve their athletics-themed title. Speaking at the federation’s new year reception in Frankfurt, Alfons Hörmann said that “esport does not exist.”

As reported by Faz.net (thanks to Google Translate), Hörmann’s remarks echoed those of State Minister of the Interior and for Sports, Peter Beuth, who said that “esports are as little sport as knitting and playing the recorder. Sport, unlike console games, conveys values such as fair play and respect for people. We must not allow the e-gaming industry to collect these sports assets.”

While Beith’s comments about esports not always espousing fair play and human decency are probably valid, the comparison to arts and crafts and basic musical skill hits a little harder. 7-year-old Ali could play a mean recorder solo, but he couldn’t have pulled off a cross-map snipe with Jinx’s ultimate in League of Legends to save his life.

German officials have previously made their thoughts about esports known. Last year, German Football Association head Reinhard Grindel said that the concept of including esports within the Olympics was “absurd,” and that “esports is not sports.”

Whether we’ll ever esports at the Olympics is matter for ongoing debate. While its inclusion at the Asian Games and consideration for the 20214 Olympics are positive steps in that direction, the IOC has said that obstacles such as in-game violence and the lack of a worldwide governing body are likely to hold esports back. And that’s before we even have to discuss which games might make it in.