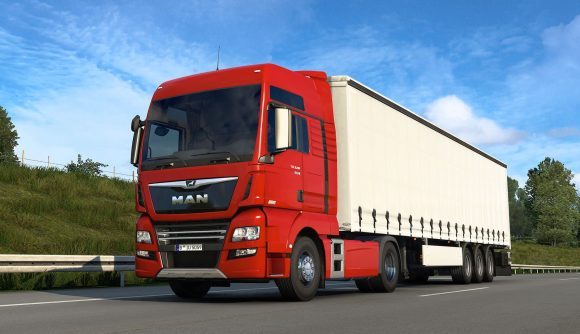 The hefty 1.43 update for Euro Truck Simulator 2 has landed, with a big ol’ batch of new content in tow. SCS Software has unveiled the full rundown of what’s new in a blog post, which includes a revamp to the French city of Lyon, ownable – and “fully customisable” – dumpers, new viewpoints and special transport routes, and a lot more.

First up, that Lyon revamp. SCS explains that it’s reworked a significant portion of the city to “make it more realistic and true to life”, which includes the addition of three new important landmarks. The rework additionally replaces lots of the existing models for trees, wildflowers, and that kind of thing to give the city’s natural beauty a new look, and roadsign and road textures have also been updated to look more realistic and detailed.

Appropriately for its presence in ETS2, the studio’s “also updated these areas to include the routes that truckers actually use to enter and exit Lyon and its surrounding industrial areas”. There’s a blog post specifically detailing the Lyon changes if you’re keen to brush up on these.

Elsewhere in the update, the devs have added 35 new viewpoints to existing locations to discover, across “cities and ports to industrial areas”. For example, you’ll find new viewpoints focussed on Romanian landmarks such as the Cernavodă Bridge or Viaduct Poiana Teiului. 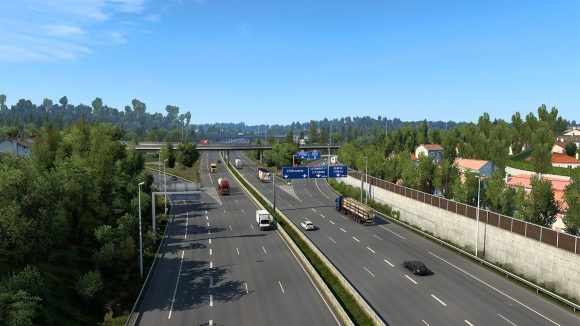 1.43 also adds some new roads to Iberia, including country routes alongside its many highways. For example, there is now a new road found north of Madrid connecting the A-1 and A-2 highways, and another starts near Sines in south Portugal and runs through Beja to end just north of Seville in Spain. “These new roads will not only provide truckers with alternative routes whilst out on delivery, but also more beautiful scenery and areas to explore in Iberia,” SCS explains. There are additionally eight new special transport routes, each featuring “multiple” missions. The full list is in this blog post. 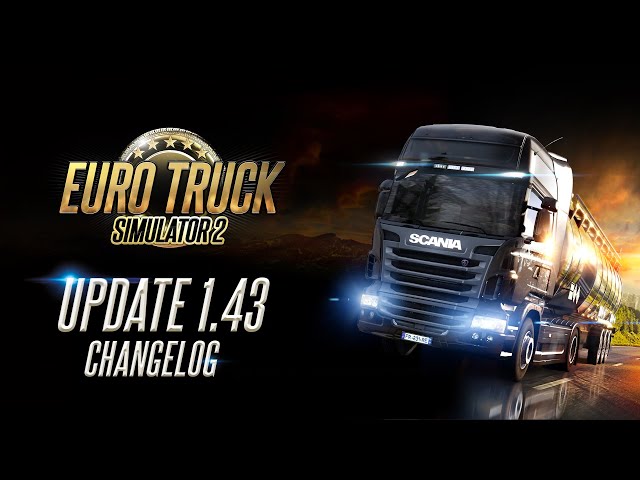 Then there are the ownable dumpers, which were featured in the update’s open beta for testing, and an update to interior cabin sound that “simulates sound attenuation from surrounding environment noises, as well as the sound of the truck engine and wheels”. Additionally, you’ll find new SDF fonts that should make signs more universally sharp and clear to read, some legend filters for the world map, new MAN TGX EfficientLine 3 customisation options, and some tollgate updates that “update and apply fixes to speed limits, road signage, and other minor adjustments”.

Phew. Like I said, it’s a big one. If you’re keen for the full rundown of what’s new, head to SCS’s blog post at that link.