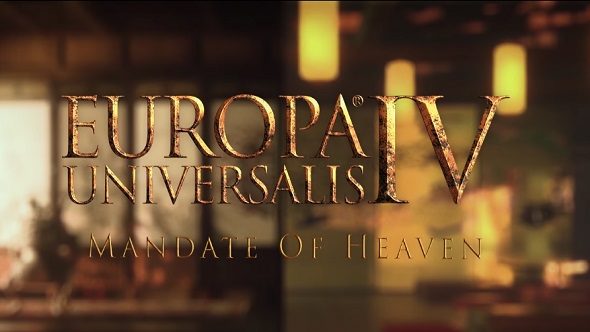 As Europe claws its way out of the darkness, the light of progress continues to shine in the East. Paradox’s latest expansion to Europa Universalis IV moves focus to the civilizations of China and Japan, adding new features and events to the lands of the East.

Here are some more 4X games to satiate an appetite for conquest.

This expansion, titled Mandate of Heaven, adds the new ‘Ages’ system to focus players on short term goals, rather than centuries’ long struggles. Completing goals during these separate ages will reward your civilization with specific bonuses, while declaring a Golden Age will further boost your chances of achieving success.

For Ming China, you can create Imperial Decrees and Reforms to help strengthen the Dragon Throne, while forcing neighbours of your glorious empire to pay tribute. For Japan, players must end the Sengoku Jidai and bring the Warring States under the banner of a single shogunate. You must gather loyalty from the different daimyos from around Japan, become the shogun and take control of the capital of Kyoto. This will most likely involve forcing the odd enemy daimyo to commit seppuku, in order to preserve their honour and strengthen your position.

The Manchu tribes have received a slight rework too, with these smaller provinces providing cheap and effective banner armies to bolster the forces of your empire. As this expansion centres on the peoples of the East, Mandate of Heaven will ship alongside several content packs with new or updated unit designs for the East Asian powers. Mandate of Heaven also comes with the new ‘Diplomatic Macrobuilder’, which allows players to select common diplomatic actions when dealing with other nations.

Paradox have not announced a date or price for Mandate of Heaven, so cast your eyes eastwards for any news coming from the lands of the rising sun.