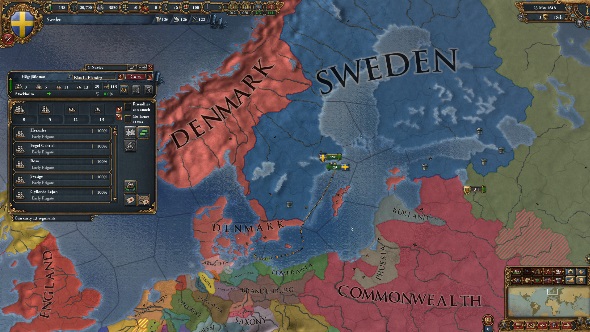 Europa Universalis IV returns to remix its unique brand of grand strategy in its ninth expansion: Rights of Man. Focusing on the power struggles of the world’s largest nations, the expansion adds a wealth of new tools for the biggest hitters, while also completely re-designing the way technology spreads through global society.

Seeking the most exciting games of the year? Look no further than the best games of 2016.

The core of Rights of Man lies in its Great Powers mechanic. “This is a new system that gives the eight biggest nations in the word special abilities and powers,” explains Johan Andersson, executive vice president of creative direction at Paradox Interactive. These abilities help vastly improve a country’s potential on the diplomatic scene.

“If a country is heavily in debt, as a great power you can pay their debts for them,” says Andersson, offering an example of how the Great Powers system can improve relationships between nations. “That country will then like and trust you.”

As any Europa player will know though, not every disagreement can be resolved with peaceful words. But Great Powers will have the ability to interfere in the wars of others to help “maintain the balance of power”. Similarly, if you as a Great Power feel an alliance between nations could be a threat to the natural order of things, you can force a break up. “As a Great Power, you are a power broker,” says Andersson, summing up the role of the big eight.

Huge power struggles aren’t the only focus in Rights of Man; the monarchy is getting a little love, too. Quite literally, in fact, as the expansion will add consorts to the game. These lovers will be able to carry on your monarch’s legacy after they die, acting as a regent ruler until your legitimate offspring become old enough to reign over the kingdom. 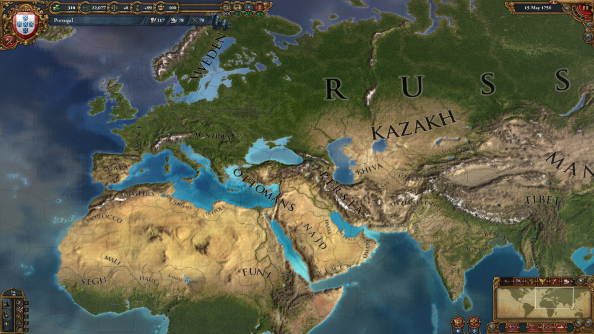 Paradox are known for offering both paid-for and free additions when upgrading Europa Universalis, and once again the expansion will be accompanied by a huge patch that radically changes established systems. In the sights this time around is the spread of technology, which will now be dictated by institutions.

The idea is to allow all nations to develop, even if they’re stuck in a geographic location that traditionally wouldn’t see much progress. “Everyone starts at roughly the same technology point. Before, we had certain areas progress at certain speeds, but now we have a system where everyone who is in a feudal society goes a little faster than those without feudalism,” explains Andersson.

“There are various institutions that are discovered in various places,” he continues. “Most of this happens in Europe, but they spread. If they don’t spread to you, your progress will become slower.”

Examples of institutions across the ages include the Renaissance, the invention of the printing press (used “to print Bibles”), global trade routes, and manufacturing.

“If you don’t actively play to embrace institutions you’ll fall behind, but you’ll never be behind just because of where you are in the world,” says Andersson.

The system looks to really emphasise co-operation between nations in order to allow these institutions to spread, and for countries to grow significantly further than their own indigenous culture would allow. And while perhaps this spread may not always be quite historically accurate, it certainly should offer a welcome change in strategy for players of all nations. Once again, Paradox are really shaking things up for Europa players, whether they buy into the Rights of Man expansion or not.