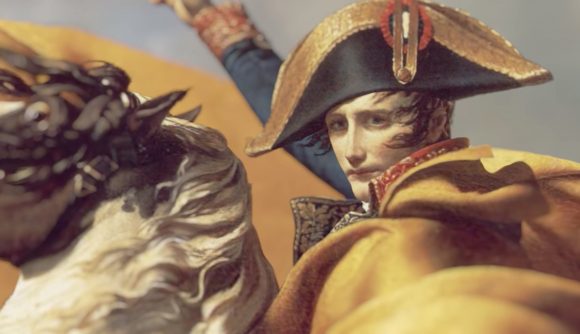 Things born on October 20 include English astronomer Christopher Wren, who was the architect of St. Paul’s Cathedral in London, Henry John Temple who served as British prime minister from 1855-58 and 1859-65), and Europa Universalis, the first grand strategy game from Paradox. That franchise turns 20 today, and to celebrate, you can pick up a copy of Europa Universalis II for free on GOG.com, and you can play Europa Universalis IV free all week on Steam.

Like the rest of Paradox’s stable of grand strategy titles, Europa Universalis is a complex simulation as much as it is a game, this one about the 400-year period covering the European Renaissance to the early 19th century. You play as a single nation, and your decisions about your economic development, foreign policy, and exploration of the New World all determine your country’s ultimate fate, as well as that of the countries around you.

To pick up your free copy of Europa Universalis II, head over to GOG’s giveaway page. Make sure you’re logged in, and then simply click the button on the banner at the top of the page to claim your free game.

Europa Universalis IV is the most modern entry in the series, and you can find that over on Steam. You’ll be able to play it for free this week, and it’s currently 75% off at $9.99 USD / £8.74 if you decide to buy it. The rest of the franchise, including loads of Europa Universalis IV DLC, is on sale on Steam as well, with discounts of up to 90% off.

Get a piece of real Paradox history on @GOGcom, for free. 🙂 https://t.co/kE60rVj9oo