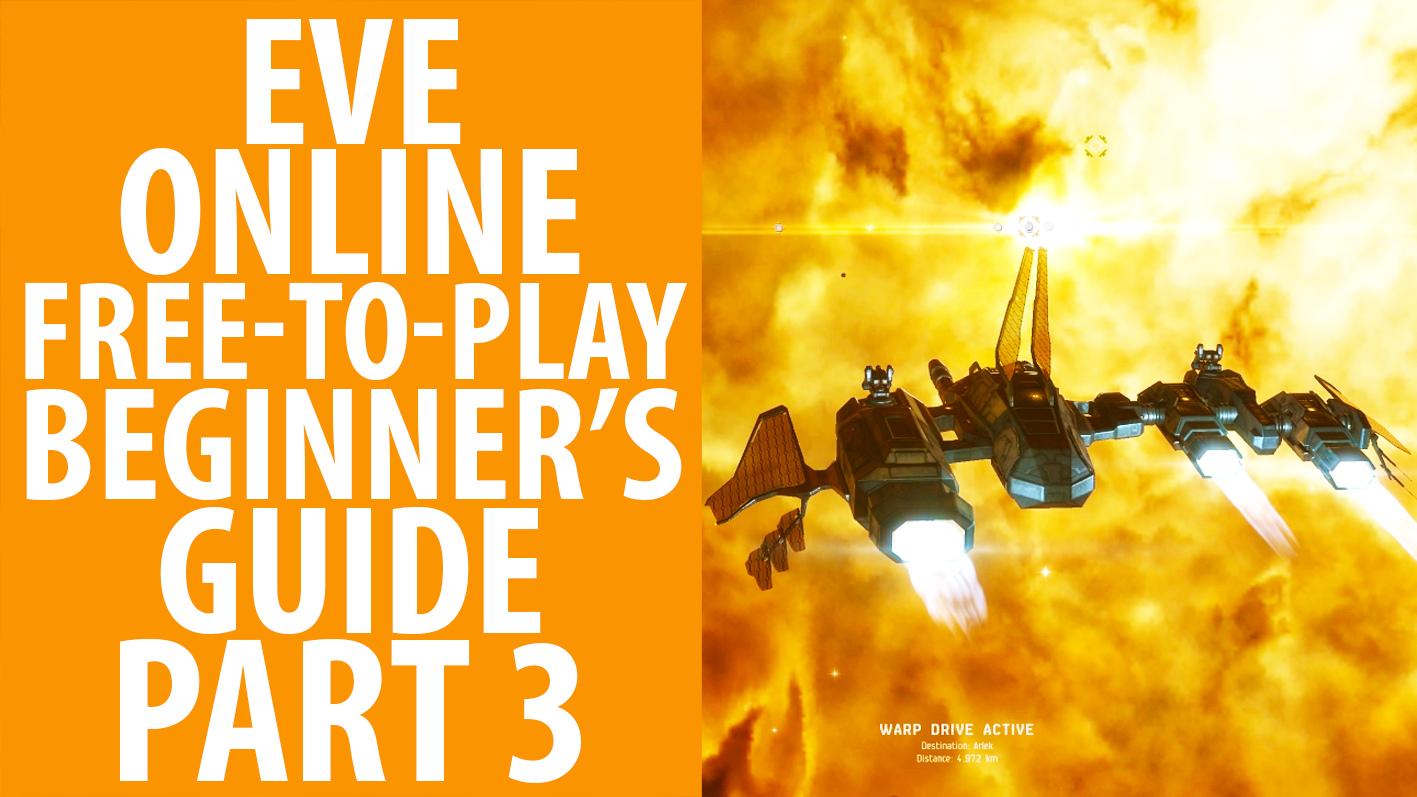 We’re (very) slowly getting the hang of Eve Online here since it went free-to-play in November. Having spent two previous episodes of this innovative guide/Let’s Play hybrid navigating inventory screens and performing basic manoeuvres, we were treated to slightly more complex operations and much more dramatic scenery this time.

Jordan and Phil are still at the approachable, cuddly end of Eve’s learning curve at this point, but they’ve at least learned how to move around between star systems, engage in combat without dying a horrible, lonely, icy death, gather materials to be crafted into valuable gear, and upgrade modules on a bog-standard corvette-class ship.

The perpetually over-impressed Minmatar commander Vadari had more toing and froing for us in episode three: turns out you can get around pretty quickly using war gates and accelerators. Then, after a baffling tour around an absolutely shameless Blade Runner mimic of a citadel, Vadari told us she had a massive surprise for us. Really exciting. Perhaps it’s a big cake, or a space-house? Whatever could it be?

Spoilers: it’s a really dangerous battle against some drifters. It’s the thought that counts.

And, hey, you’re almost caught up now so why not just binge-watch the lot. Here’s ep one:

We don’t just make Eve videos y’know, so for all the latest be sure tosubscribe to PCGamesN on YouTube.