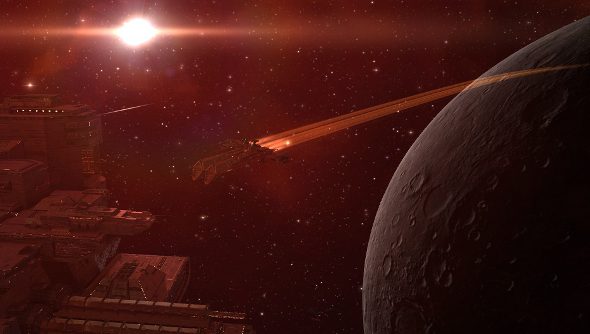 The very first time I played EVE Online, in 2004, I was immediately bamboozled by the controls. Not because they were obtuse – though they were – but because I expected to be able to control my ship just like I could in Freespace or countless other space and flight sims, which EVE Valkyrie now employs.

CCP has observed that this is a common experience among new players, who are surprised to find that EVE’s control scheme is more tactical and automated. This has led to the designers donning their lab coats and starting up an experiment: keyboard flight controls. An opt-in beta version will hit the MMO in the Rhea mini expansion, next month.

The regular control scheme is dramatically different from a traditional WSAD one, so the impact is sure to be a big one. I can certainly see how there would be some benefits for new players, though I’d hazard that in combat, pitting the control schemes against each other, automated controls might have an edge. That said, keyboard controls might be stronger when it comes to being reactive.

At the moment, this is just an experiment, with CCP wanting to see if it hurts or hinders the game. It might not be a permanent fixture.

The new controls will be available on Singularity, the public test server, tomorrow, while a mass test is being planned for next week.

Fancy taking them for a spin?