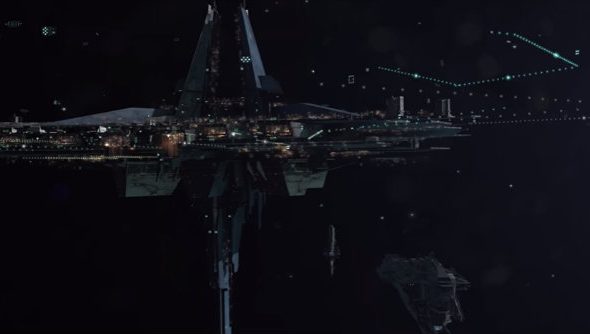 Do you know what’s big? Space. Space is big. Sometimes I think about its size and it makes my brain bubble. We might as well be floating inside a blood cell in a massive organism. Maybe we are. It’s hella big. Like, huge. Anyway, in relative terms, buildings are pretty big too, and the Empire State building is one of the biggest.

The fun never stops during E3 week – for morePC gaming newshit up our homepage.

The Empire State building is 443 meters tall, which is much taller than a very tall person, but not quite as tall as space. Somewhere in-between this skyscraper and space though, is EVE’sAstrahus Citadel space station.

The space station is 40,893 meters wide, which is pretty damn wide. In fact, it can house thousands of Empire States on its back like a zero-G turtle. Here’s a video showing you:

Believe it or not,Astrahus is actually the smallest of the three Citadels, too. Still not as big as space, mind.

For the full lowdown on Citadels, which arrived in April, read ournews poston the topic.