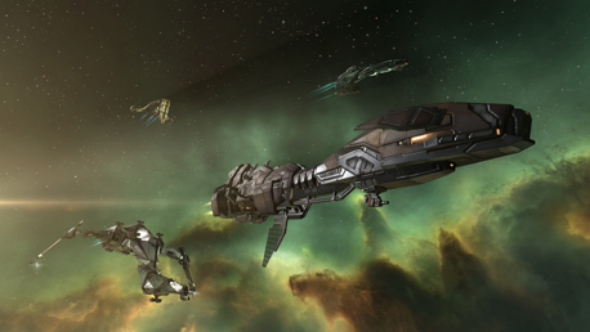 The mandatory monthly subscription for EVE Online is changing, allowing new players to play the game for free via the game’s forthcoming Clone States update. The premise for the change is that clones have become so easy to manufacture that the various empires of New Eden have decided to allow people to create clones for free. These cheap clones – or, Alpha state clones – will have limited skills and a slower rate of training than their subscription paying counterparts. Despite this, they will still be able to use the most popular ships in the game, fight in enormous space battles and mine for resources. The change is explained in the above video.

For more action from the infinite unknown, check out the best PC space games.

EVE’s subscription model will still exist in the form of Omega state clones, which, like current subscribers, have access to the game’s full range of skills and a standard rate of training. Better still, if your subscription runs out and you don’t wish to renew it, you’ll still be able to play EVE as an Alpha state clone; you won’t lose your skills, they’ll just be locked off until you subscribe again.

The announcement is being marked by an open development phase. This is intended to ensure that CCP develop the Clone State update alongside its audience by putting the EVE Council in direct communication with the players. 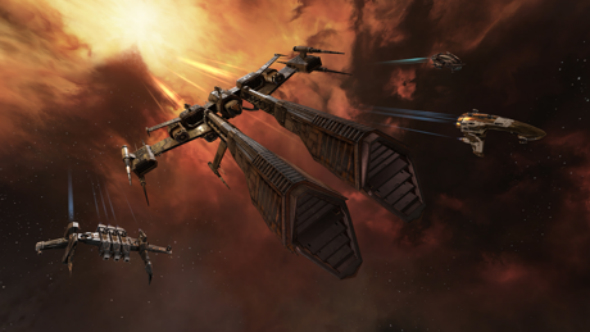 The reason behind adding a free option is outlined in a CCP blog post that you can read here. “As you know, EVE is a very special game. Our single shard server means that every player truly affects every other, whether through economics, resource gathering, direct combat or bad posting. This in turn means that our universe is more interesting, more exciting and more dangerous with each additional citizen.

“we’ve been doing everything we can to bring more people into our spectacular sandbox. Part of our vision for the future of EVE has included more open access for some time, but with the interconnected nature of the game comes vulnerability. We knew that if the floodgates were opened in the wrong way, we could see anything from server meltdowns to the collapse of the EVE economy.”

The free-to-play option will launch as a part of a broader expansion that’s planned for November. This update will also add Industrial Arrays – a player-built structure designed to meld with Citadels – a new ship and tweaks to warfare links.