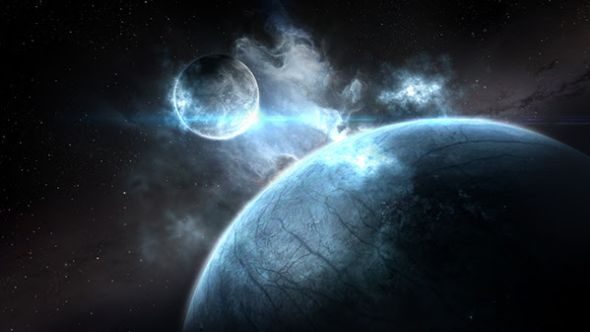 Well, sort of. Eve Online, as well as being a place for economically gifted sociopaths to get their rocks off without disturbing too many of the rest of us, has a real life scientific component called Project Discovery. It was previously used to contribute to the Human Protein Atlas, which is significantly less cool than finding actual exoplanets – that’s planets outside our solar system, home team fans – which it can now do.

Try the very best space games there are, if you want some more science fiction.

Sadly it’s not quite as simple as us having built thousands of actual spaceships we’ll now be flying around the galaxy. Instead, real-world astronomical data will be put into Eve, with players able to manipulate and classify. “Once enough players reach comparative consensus on classification of the data,” reads the press release, “it will be sent back to the University of Geneva for use in refining the search for exoplanets.”

It’s all happening in collaboration with the Universities of Reykjavik and Geneva as well as various professors and science boards. “We were thrilled to see the successes of our first foray into citizen science,” says Andie Nordgren, executive producer on Eve. “In searching for the next dataset for our massive player community to tackle, the stars aligned for players to have the opportunity to directly contribute to the search for new planets with a world-renowned scientific team. Real people around the world collaborating in a virtual universe to explore the real universe is the stuff science fiction, and soon science fact, is made of.”

Does sound rather good, eh? If you want to get involved, the Eve new player experience was overhauled rather substantially a few months back, and there hasn’t ever been a better time to get involved.