“The environment for games has changed and I think that in today’s market it is a bit steep to ask people to pay a monthly subscription for something before they’ve really gotten involved in it. You have to let people be part of the experience and the community and then let them choose to get deeper into that through a paid subscription only when they’re in a place where spending that money makes sense for them.”

This is the response of Andie Nordgren, executive producer of Eve Online, when asked why her studio, CCP Games, has decided that now is the right time to add a free-to-play component to the gargantuan sci-fi MMO. By her own admission, and taking into account her perspective on the new state that subscription-based games must adapt to, the addition of F2P through the ‘Clone States’ update has been a long coming to Eve Online. The complexity of the game’s systems has meant that designing a framework within which the game works for both paid and future free players has been taxing.

Everything that you achieve and/or acquire in Eve Online is underpinned by some kind of effort, whether that’s mining for ore or fighting for prestige and territory. In turn, that effort is underpinned by a subscription fee that must be fulfilled to allow you to play at all beyond a 30-day free trial. That effort and that subscription fee are two pillars of the complex, player-driven economy that has seen Eve Online evolve and provide us some of the most intricate player interactions ever seen in a videogame. 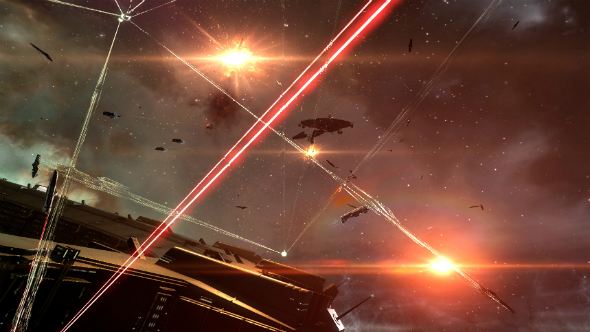 Adding players who no longer have to engage with the subscription pillar has the potential to undermine these core acts of acquisition and progress. It is working out how to avoid problems of balance in this area that has been one of the reasons for the delay in CCP giving us a F2P option.

Rather than do what many other MMOs do and shut F2P users out through gating off areas of the game or restricting access to community features such as raids, the idea here is to open up all content for all players but restrict the learning of skills. The most powerful skills will be held back from what CCP is calling ‘Alpha’ players and reserved only for the subscribed ‘Omega’ players, with the further limitation of Alpha accounts only having access to those skills native to their chosen faction.

While this might sound restrictive, and it is compared to an Omega account, the concept of giving Alpha players the chance to engage fully with the community before deciding whether or not to spend money is upheld. Alpha players can still join factions and interact freely with Omega members, they can pursue roles as war reporters, spies, diplomats and more and, as such, they have the potential to influence Events larger than themselves.

“[Alpha players] will have to work to gain some competency in terms of flying your ship and things like that, but in terms of what you have access to you can place yourself in any kind of gameplay you might want to be a part of,” explains Nordgren. “Yes, you’ll be less efficient than some others players but it’s not by that much. That was one of the core design tenets when making the F2P content: it has to be viable on its own and represent a fun way to play Eve Online if you don’t want to pay.

“We expect that brand new players will be able to participate in the craziness of Eve Online and that the established players, especially big groups of players working together, will have to figure out how to incorporate these F2P players.”

And herein resides one of the more interesting elements of introducing a F2P option to a game like Eve Online: how are established players going to react to it? The politics, alliances and tensions that exists between the games numerous groups means that there is much to be gained from encouraging new players to sign up to your faction. Certainly, if one group ignores the influx of fresh miners, soldiers and thinkers then someone else is going to take advantage of that oversight. 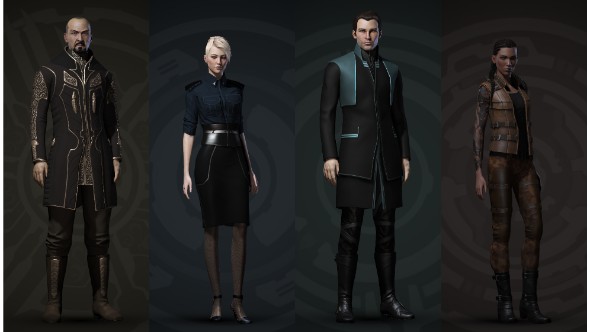 In the build up to the launch of Clone States, groups and individual players have been speculating on how Alpha players are going to impact the game world and their role within it. In order to take advantage on any changes to the world of Eve it’s important to work out how to convince players to team up with you, with ‘culture’ being a key asset in this regard.

“There are many different flavours of groups in Eve Online when it comes to the kind of culture they try to promote and I think that organisations are going to try to use that to appeal to new players,” says Nordgren. “Someone like Eve University runs classes in how to play the game and prefer to stay neutral, then you have someone like Brave Newbies who are a friendly, gung-ho kind of group. Other groups are close-knit and have a ‘fuck you’ attitude, and some are more welcoming.”

As with the wider design philosophy under which CCP approaches Eve Online, the idea with Clone States is to introduce ideas and content and allows players to decide what they mean and how they should be used and interpreted. Nordgren describes the studio as a “janitor”, intervening in the game world only when there’s a mess that has to be cleaned up in terms of game balance. 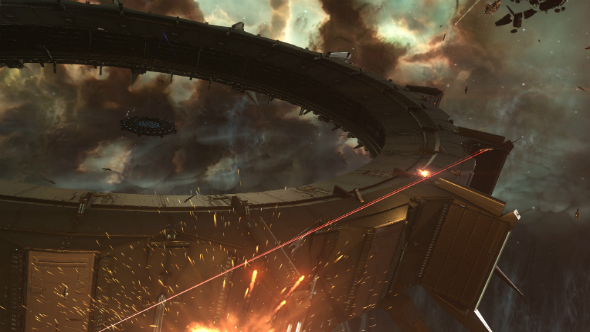 Resultantly, then, Nordgren has no definite vision on how the approval of Alpha players is going to affect the workings of the game and quite how much of an impact it’s going to have on how CCP work to maintain it in future. This hands-off approach has made the very concept of F2P difficult to formulate as there are few other examples across the videogame medium that can be used as an example to work from.

“We have benefitted from seeing how other games have tried to handle F2P in the past, but we’ve also been aware that we have to do this our own way,” Nordgren tells us. “There isn’t an established MMO that has this kind of complex player-driven economy and has also tried to make this kind of transition.

“That economy shapes so much of the design and how we have to think about something like F2P because we don’t have natural content gates that we can use to limit free players. It has taken a while for us to find our own solution, but what we’ve got is based on how Eve works and not on how other games work.”

CCP Games has always tended to do things its own way and, as such, it comes as little surprise that the studio is seeking to tread new ground as opposed to trace a well-worn path. Like with so much associated with Eve Online, the real effects of Clone States are unlikely going to be fully understood until a few years down the line when the player base has settled into a new pattern of working and groups are well-versed in how to handle the different subscription types. Watch this space.