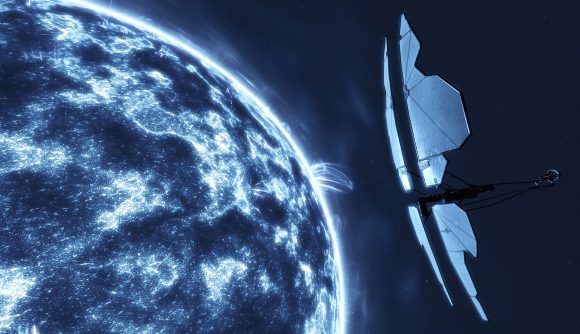 Eve Vegas 2018 took place this weekend, but it wasn’t without incident. A customs hold-up kept the event’s gear in processing for far longer than the organizers expected. But a certain player happened to have contacts at the US Department of Homeland Security – and a quick call seems to have been all it took to get the Eve Online convention back on track.

On October 18, Eve’s CCP Guard tweeted “if anybody knows someone who works at customs in Long Beach California… let me know. We have some stuff there that we kiiiinda need for the live stream tomorrow.”

Eve player Commander Aze took notice of that tweet. “I know some people that work in the right places that were part of the process and stated the urgency that CCP needed the equipment quickly to make their event work,” Aze says on Reddit. “I made some calls. Yes, the volume of equipment took customs a while to process via additional screening, but [it] was released to CCP several hours later after [it] finishing processing.”

Community manager CCP Falcon tells MassivelyOP that Aze “got in contact with a guy at Homeland Security at CBP and the guy was just like ‘Yep,’ the forms got stamped, and the stuff got shipped. It arrived here with hours to spare and everything got set up, Streamfleet and our technical guys worked super hard all through the night to get everything running and we were streaming on time. It’s not what you know, it’s who you know!”

But Aze wants to make clear he wasn’t trying to get around any important security measures. “I want to be clear this was not bypassing any required checks or removing any level of scrutiny on the contents; nor was I asking or implying for preferential treatment in the queue of processing. I asked about the status (received a we will look into it) and got a healthy laugh when I told them what it was all for.”