There’s something about community-developed projects that just make you feel all fuzzy inside. Developers and manufacturers that create a product their customers actually want – and proactively so. The Eve Spectrum is one such community-developed project, a monitor that smushes together many of the most requested and discussed monitor features from its forum discussions and then places these in a gorgeous package.

In short, it allows gamers to get precisely what they want – collectively – from a monitor, without having to invest in expensive machinery and learn how to haphazardly make one yourself. Now, Eve has its first functional Spectrum prototypes and has given us some “never-seen-before” design and hardware pictures and factory footage of the build process.

What is interesting with this Eve Spectrum monitor project is that we don’t just see an end-product after community decisions are made and enacted upon – we see how all these features are implemented and improved upon. And the result of these features and design choices is a monitor that looks *chef’s kiss* perfect. 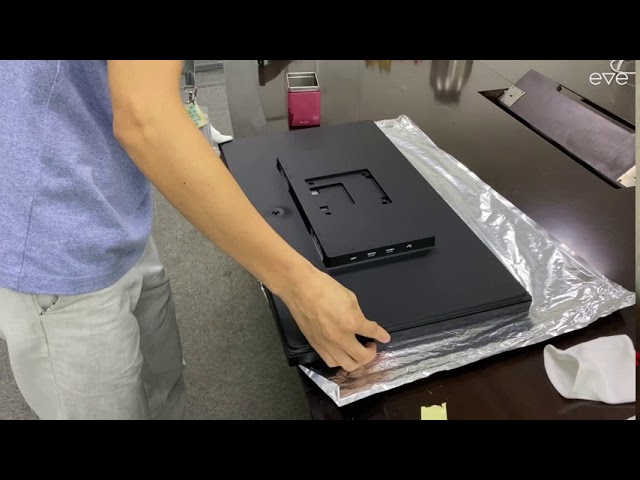 As is to be expected with a community-developed gaming monitor, response times on all models is a low 1ms, and all have certified G-Sync-compatible FreeSync. Oh, and all of these use IPS panels – that’s right, these are all 1ms, high refresh rate IPS monitors. The QHD 240Hz and 4K 144Hz models also come decked out with HDMI 2.1. And all of this is wrapped in a gloriously understated design that any gamer should be proud to have on their desk. 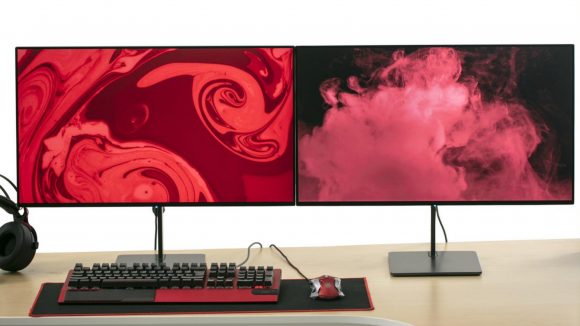 When we first saw the Eve Spectrum we said it might very well end up being the perfect gaming monitor, in large part because of its 240Hz, 1440p IPS display with a peak luminance of 750cd/m2 (this luminance only on the QHD 240Hz and 4K 144Hz models) – add in a 1ms response time and beautiful design and you have something truly amazing. 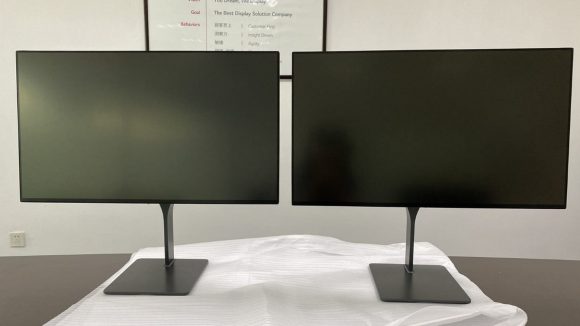 The prototypes that we can see, Eve says, “have been built using so-called ‘soft tooling’. Though these tools have a lifespan of only fifty or so units manufactured, they are faster and easier to create. This allows for change and iteration as we test and check our sample monitors carefully. The main purpose for these units, and what our team is currently working on, is to evaluate their industrial design as well as colour, material, and finish (CMF). We need to confirm things such as gaps, tolerances, sharpness of edges, and colour uniformity between different materials and parts. After the final details are confirmed, we will produce ‘hard tooling’, which is the same as the soft tooling, but has a lifespan of thousands of units, allowing for mass-production.”

From this point onwards, “the most important task at hand is to make sure every single flaw is ironed out, and every bug is caught”, and Eve has told PCGamesN that the “project is moving on schedule now and, after building these units during extensive testing, we have not found anything that requires changes. The only adjustment we made which is visible in these units is the increase of the width of the ‘port box’ to accommodate for better cooling in such high-performance HDMI 2.1 scalar.” 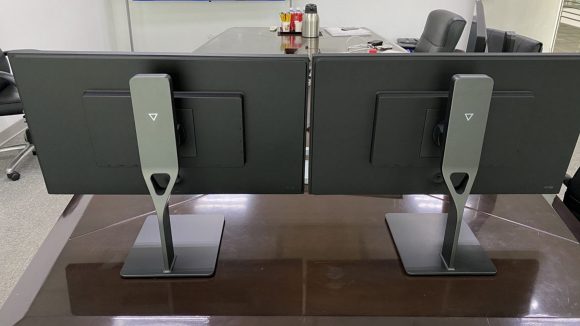 Eve’s road has been a turbulent one so far, with a number of reports of unfulfilled orders and many customers claiming not to have received the company’s ‘V’ computer even two years after placing their orders. Eve has previously explained and discussed this issue.

The company has told us that “we used to license our design, product, and brand to resellers around the world and one of the resellers had issues”, and that “this time around things are completely different”. This is because its “operations are backed by a well-known supply chain company, PCH International, that essentially boosts the scale and capacity of our small team in Finland to those of major tech players by providing fulfilment, sourcing, inventory management, and other services”, and it is “not using third-party sellers and a licensing business model this time around. Now we will take care of shipping the product itself as well.” Eve also provided a form to “take care” of customers who might have been affected by previous sale issues. Hopefully all of this means the Spectrum doesn’t swim the same stormy seas as these previous Eve products.

For those of you looking for a gaming monitor with all the bells and whistles that gamers actually want, the community-developed Eve Spectrum could be the perfect choice once it actually hits the market – and if the prototype images are anything to go by, that should hopefully be pretty soon.