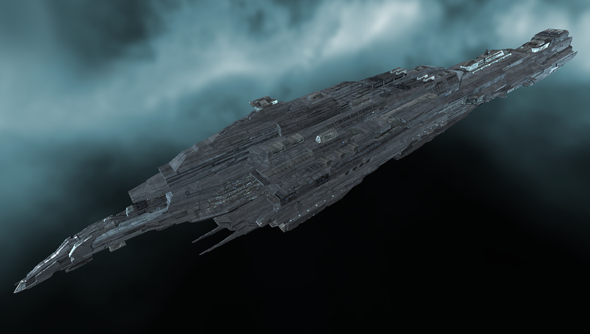 Precisely how titanic is a Titan? It’s this question, among many others asked over half a century of terribly large ships in films and games, that deviant artist DirkLoechel seeks to answer with a big old chart. It’s the kind you might find on the bedroom wall somebody who’ll inevitably go on to be a Duncan Jones or a Chris Roberts or a Buzz Aldrin, and it’s marvellous.

Once we move onto the Titans, however, Eve begins to rival the sci-fi greats. The Erebus measures in at 14764m – nearly 5000 metres longer than Mass Effect superweapon The Crucible.

The Minmatar Republic’s Ragnarok-class titan, meanwhile, drifts in at 18127m, about equivalent to Star Wars’ Eclipse-class super star destroyer – though is rather less imposing for its lack of bulk. But largest by a several-hundred-metre nose appears to be the Caldari State’s Leviathan, at 18714m.

Even the Leviathan is threatened by some of the entries from the Warhammer 40k universe, and nobody in sci-fi history has quite matched the ludicrous chrome ginormity of Independence Day’s mothership, which takes up a hugely impractical 24,000m. How do they get about that thing? Segways? Airport conveyor belts? 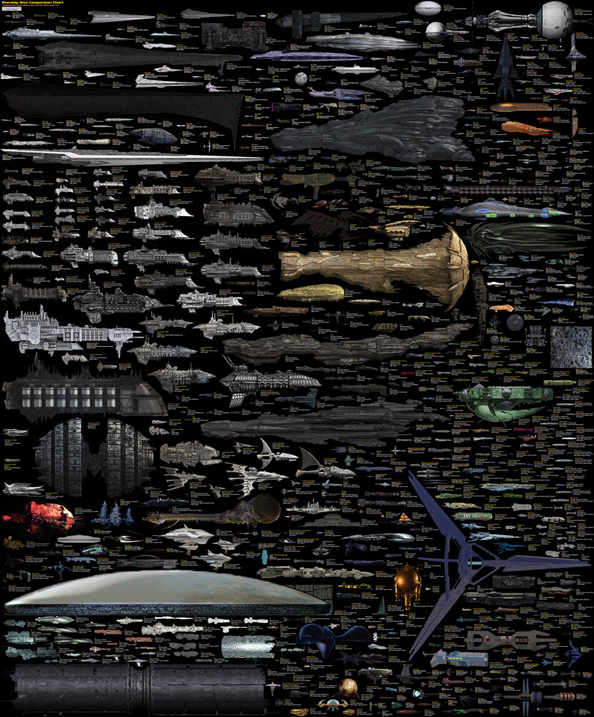 You’ll want to check out the embiggened, zoomable version, so follow the deviantart link.