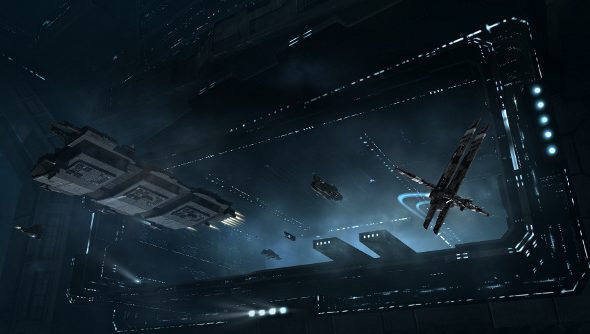 “We’re in an era today where we have set our sights too low. We’ve got diminished expectations,” Les Johnson told me at EVE Vegas, where he was a featured speaker on the future of space travel.

Johnson is a science fiction author, physicist, and Deputy Manager at NASA’s Advanced Concepts Office. He is in the business of blue-sky thinking about how humanity might leave blue skies behind for interplanetary and interstellar travel. Given the current state of the US space program, and the poor prospects for any major manned missions to anywhere beyond orbit in the near future, you might expect Johnson to be pessimistic.

But he remains enthusiastic about the future, because knows that many of our current limitations are matters of choice, not potential. While interstellar travel remains far beyond our reach, Johnson’s pointed out that there are tons of fascinating possibilities almost within reach.

“Going to the stars is great. We want to think about it. But first we have to become masters of our own solar system. And there is no reason we can’t do that. It’s just that we are choosing not to.”

“What am I doing here? Well, first, they invited me!” Johnson told me with a laugh. He is a scientist straight from central casting, brimful of excitement and ideas that range from the practical to the seemingly-outlandish. He was attending EVE Vegas not as a NASA official, but as a sci-fi author and thinker. He frankly admitted he had no idea about EVE, and was a little intimidated by the level of discussion at the panels he attended. But that doesn’t mean he thinks communities like EVE’s are trivial. Far from it.

“For me, I was inspired by Star Trek. And by reading science fiction,” he said. “To get people motivated to go into science today, it’s games like EVE. I think the value of stuff like this is it’s PR, it gets people excited about space, but the ultimate value is maybe the people it inspires to study science and math.”

It doesn’t matter that the kind of space travel we’ll see in our lifetimes, or the lifetimes of our grandchildren’s generation, will look nothing like EVE’s vision of easy, fast interstellar travel. “People at conventions like this are the biggest cheerleaders for space exploration that are out there. Even though it might be disillusioning, as people see we won’t have these superhighways to the stars, they still cheer what we do.”

The obstacles to interstellar travel are tremendous. As Johnson puts it, the speed of light “appears to be a speed limit” and getting anything large going anywhere near that fast requires an absurd amount of energy. Energy on the order, he said, of the entire planet’s collective output. But he doesn’t think that’s cause to be discouraged.

“We can’t forget that our solar system is a big place, and with technologies I can envision us building in the next 100 years, we will potentially have trips to Mars in six months or less. That’s not too bad! A couple days to the moon? Mine the near-Earth asteroids? We can have a pretty robust interplanetary civilization within the next 100 years, if we choose to do that. And I choose those words carefully because it will be a choice. It’s not science fiction. We can do this. We just have to decide that it’s worth doing.”

The biggest problem Johnson sees is what he calls the corporate mindset that has come to dominate the terms of discussion around science and exploration funding. It is a mindset that runs directly contrary to what created a lot of the sustained innovation and discovery over the course of the 20th Century. 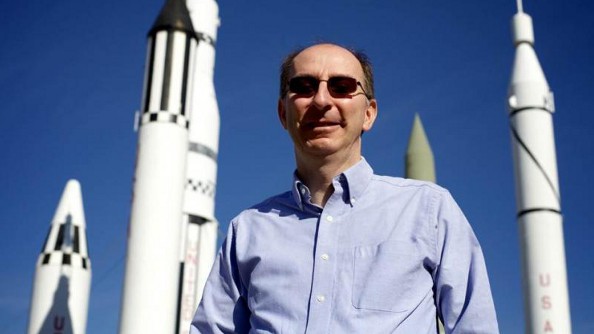 “During World War II and even after, in the United States there was a man named Vannevar Bush. He architected the whole collaboration between fundamental research and government funding. Where there were grants from NASA, National Science Foundation, the Dept. of Energy. Anybody who had an idea that was going to answer just a scientific question — it didn’t matter if it had economic returns — they funded it,” he said. “And from that, we got the computer revolution, we got lasers, we got a whole host of things that came from scientists and engineers just advancing human knowledge.

“Then we took this corporate mentality — no offense to corporations, I believe in the free enterprise system — but in that system, next quarter is what matters. Next year. And your research has to turn a product back within a year. That’s what started unravelling. Because you don’t know when fundamental research is going to pay off. But you won’t get the big breakthroughs with applied research. You get incremental improvements, you don’t get the thing that takes you to the next level. …If you have to go into the lab and tell why a more precise measurement is going to lead to computers in 1940, it’s not going to happen. But they funded these people because they were scientifically invested.” 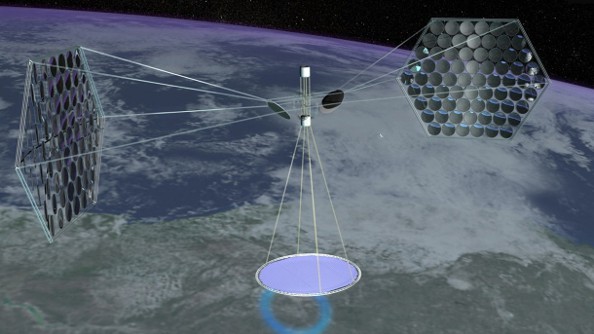 What’s remarkable, listening to Johnson, is how many sci-fi sounding projects may become reality with the next century, if people choose to make them a priority. While he worries the United States suffers from dangerously diminished expectations about its future achievements, he points out that the Chinese space program is booming and the Japanese are actively working on harvesting energy from space.

“The Japanese are looking at building space solar power stations to beam energy down to the earth. Once you do that, you have an infrastructure in place that you can use to go anywhere in the solar system.”

Johnson sees a not-too-distant future where tremendous amounts of electricity could be generated from orbit via huge solar collectors. The technology is closer than people think. Some of it is already here. “What we’ve had is in the last 20 years we’ve had breakthroughs in the cost and most importantly the weight per kilowatt in solar power. It is far lighter weight, far cheaper, far easier… there are people out there printing solar arrays on material that’s like aluminum foil. You can roll out a mile of this stuff. I’m not saying we could go build that space solar power station tomorrow, but we could start putting it together. …In 25 years, we can do that.”

Some of what Johnson proposes doesn’t seem like it would be that far out of place in the EVE universe. Massive space solar farms providing completely emissions-free power to cities around the world, asteroid mining programs collecting the rare and precious metals needed for modern electronics, without harming the terrestrial environment, and manned colonies dotting the planets and moons of the solar system. There are real problems and challenges facing mankind that space exploration and could help solve. It just requires a willingness to see it through.

On the day we talked, Johnson was particularly optimistic because he and his wife and just come back from visiting the Hoover Dam. It is the kind of modern miracle that we take for granted, despite what it says to humanity’s ability to accomplish great, difficult things. 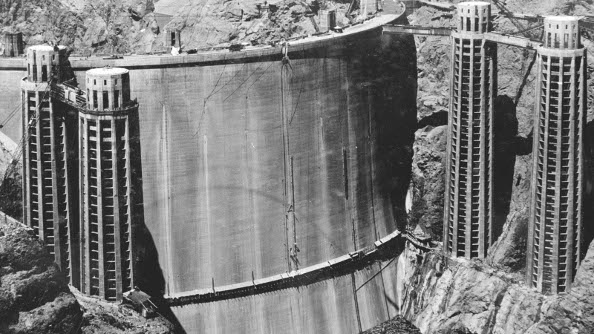 “Those people, in the 1930s, built a dam that is projected to last 2000 years. That was their design lifetime. In the era after WWII, after the A-bomb, where the sky was the limit, we build the interstate highway system. We went to the moon. And then something happened. We have this sense of diminished expectations. That it’s too hard to do, because we have willingly chosen to not set our goals that high.”

There is something else Johnson reckons we must come to term with: exploring space is liable to be dangerous and, as its history already shows, dotted with tragedy. But it’s a mistake, he thinks, to think those tragedies discredit the effort.

“And you aren’t going to make the big breakthroughs without risk. I’m not advocating being careless. But as long as we go into space trying to design the best systems we can design, and the people who get in those spaceships know what the risks are and do it willingly, let ‘em do it.”