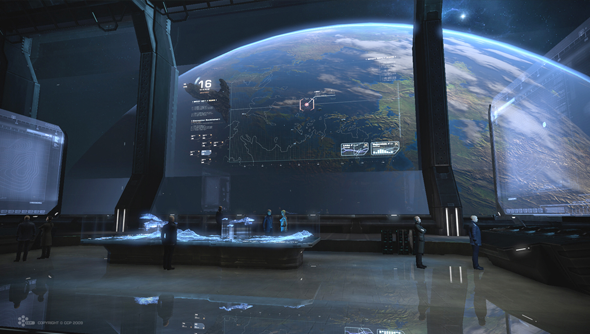 While CCP are still quiet on a DUST 514 PC release, we’re starting to see more ways in which the PS3 shooter is affecting EVE Online. One such way is that they’ll be naming one of our planets. The console brethren are about to begin a corporation power struggle to see who’s the best and the winner gets to name a planet in the galaxy of New Eden.

The tournament’s still in its signup stages, so if you’re a PS3 player (as well as a PC gaming enthusiast, enough to be reading this article, at least) then head on over here.

Obviously, the impact of this tournament is far from penetrating. A single planet in New Eden is to be renamed. A single planet among thousands. What this is is a sign of the ways CCP are starting to look at ways to draw the two games together. They share one universe already but until their economies are integrated and the boots on the ground are better able to interact with the sky captains the games feel too separate. Little contests like this are a step in the right direction.

Contest registration ends on 2 August with games then taking place through the month and finals happening on 9 September.