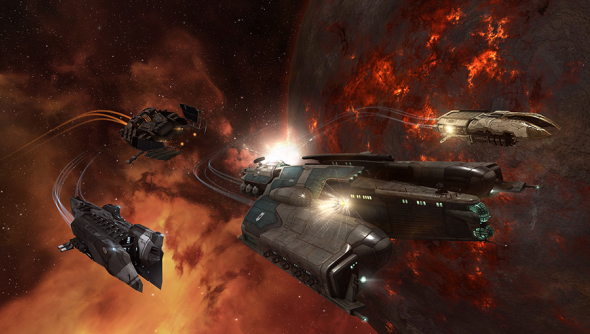 The Museum of Modern Art in New York will be exhibiting twelve games next year and, as well as Minecraft, Eve Online is among them. “This came as quite a surprise to us,” said Executive Producer Jon Lander. “The curators who assessed this saw
the beauty of Eve, coupled with the fact that it’s a universe that
is completely lived in and shaped by our players and almost to a


minimum by ourselves. They feel [it] has almost transcended to an art form.”

Lander was speaking on the future of the game and the launch of Retribution, the latest expansion. “Eve Online has been chosen as one of twelve iconic games to feature in that, which is incredibly humbling,” he explained. “We’re up against things like Pacman, Tetris and some real classics.”

The exhibition will run for twelve months. While there are some out there who are still debating whether games are art, Tim made it pretty clear how we feel. The Eve team are delighted at the news. “Being part of an exhibition that’s going to run for the next year, to get that kind of exposure, is a really good moment for Eve,” Lander continued. “It shows that we’re more than just a game, we’ve become an experience. This was a great moment for us, we’re all really, really excited. I can’t wait to go and have a look at it.”

As part of the exhibition, Eve Online players are being asked to record what they do in the game on Sunday 9th. Developers CCP Games will splice together the footage to capture A Day in the Life of Eve.