EVE Fanfest 2014 has entered its second day, with super important keynote presentations about the future of the space sandbox MMO still to come. Yesterday I flew a virtual spaceship in EVE Valkyrie, and in the last hour CCP announced a PC version of Dust 514, but today I had the chance to talk to Josh Bayer, one of EVE Online’s game designers.

Bayer is responsible for overseeing the development of all of the spaceships in EVE Online, so with that in mind I presented him with my own personal ship designs, which I had carefully doodled twenty minutes before our meeting. Here’s what he had to say. 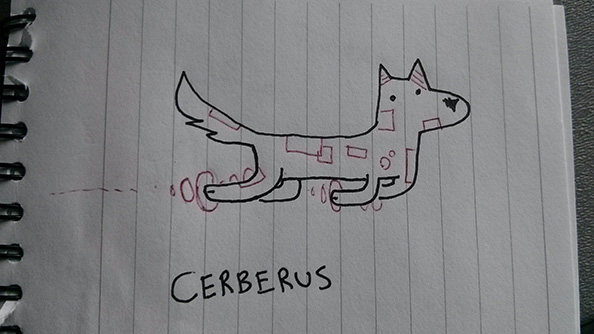 PCGamesN: I’m a big fan of dogs. This is a dog spaceship. How would you implement this into EVE Online?

Josh Bayer: Very nice. We actually already have a ship called Cerberus in the game right now, and it’s very similar to this. It’s a missile shooting ship, a medium-sized cruiser that’s pretty fast and lobs missiles from long-range. But obviously this Cerberus is a very fast ship too.

PCGN: Well it’s got thrusters on each paw.

PCGN: Okay, next one. I know that one particular ship in EVE Online is notorious for looking quite phallic. 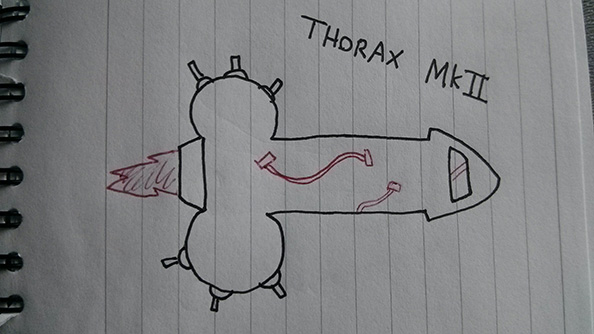 JB: Oh man, our players would love that. This would be the most popular ship in the game, hands down. That’s always the big concern with anything we do in the game, we have to be aware of the TTP of it, the Time To Penis.

It’s generally very fast. We introduced in our Rubicon expansion a new set of mobile structures that the players can deploy and have appear as a little icon in space. The TTP there was about 45 seconds. Players loaded up the server, immediately built the things, headed out of the main trade hub station and started placing them into a giant penis structure.

PCGN: Incredible! Okay, last one. I don’t know if you’re a Star Trek fan, but as we’re in Iceland I’ve designed what I like to call The Björg Cube. 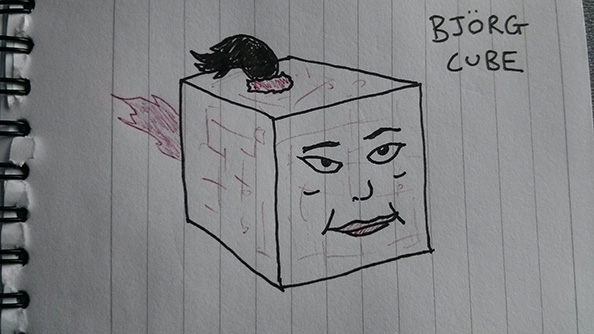 JB: Well, you know that we’re bigger than Björk now? We’ve passed Björk to become the third largest export in Iceland after fish and aluminium. And that’s kind of weird because there’s no aluminium in Iceland.

PCGN: How does that work?

JB: Aluminium smelting is really electricity-intense, it takes a tonne of energy and we have all the electricity in the world here. We have more than we can use. So they ship raw aluminium in from everywhere around the world they can mine it, then they refine it here in Iceland and ship it out again. Huge container ships come from Africa and South America and then head back out to, probably China mostly, for manufacturing.

PCGN: That’s interesting! Well maybe my Björg Cube can be built of aluminium.