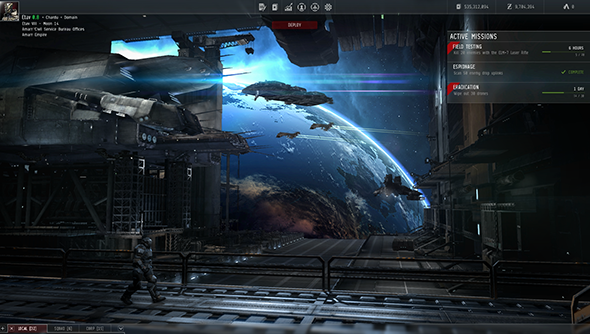 Project Legion is a prototype free-to-play FPS from EVE Online developers CCP. It’s a PC game based on Dust 514, the studio’s PlayStation 3 exclusive shooter, and builds on the foundation that game set down: competitive scrapping on planet surfaces, the ability for events in EVE Online to impact on battles, and a player driven economy.

On paper it really does sound like a replacement to Dust 514, though the developers at CCP are enthusiastically playing down that notion. Rather, they say that it’s an evolution of Dust and that both games will continue to exist independently of one another. Dust 514 players are naturally concerned that their game may have just been made redundant.

I’ve spoken with Dust 514’s executive producer Jean-Charles Gaudechon, aka CCP Rouge, who joined the studio several months ago. Here’s what he had to say about CCP’s latest title.

PCGamesN: What is Project Legion in relation to Dust 514?

Jean-Charles Gaudechon: Project Legion shares the Dust DNA, it’s from the same development team in Shanghai, and there’s obviously a lot of learning we’ve taken from developing Dust over quite a few years. It will be a different experience, with three really important pillars to Project Legion. The deep competitive gameplay, which is at the core of this game as a shooter. Then there’s the emergent gameplay, which involves mixing PvE and PvP. And then there’s the player driven economy, and all that in the wrapper of the EVE universe, New Eden.

JCG: No. But as I said there’s a lot of learnings we’ve taken from Dust, and this is a very strong evolution of the experience.

PCGN: Your blog post on the Dust website described Project Legion as “the experience we’ve all dreamt of”. What I’m trying to get at is whether Project Legion is replacing Dust 514 as the FPS experience you guys want to make.

JCG: Well it’s tough to say “replacing” today. Today we have [in Dust] a really strong product out live and doing well, while Project Legion is still in early development. Personally I find that, yes, [Project Legion] will complete that [Dust 514] vision, the vision of being on the ground in a first-person experience in EVE. It would absolutely complete and realise that vision.

PCGN: And that’s not something you could do with Dust?

JCG: As I’ve described it a few times, it would be a bit like changing the engine of a plane in flight. Such severe changes to an already live experience, that’s what triggered the development of Project Legion. 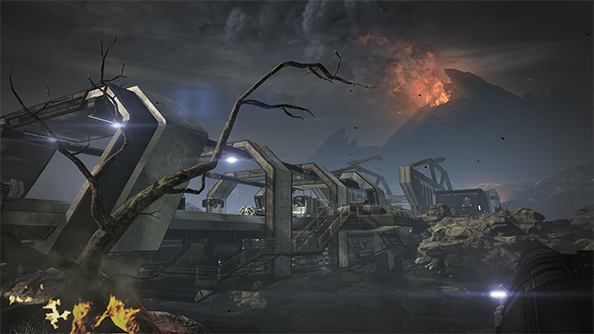 PCGN: It seems to me that Project Legion is a second take for Dust.

JCG: I would say it’s an evolution. I came to CCP several months ago, so I’m also new to that, but I would really say that while Dust has been doing a lot of right things, it’s difficult now to finish, to close the loop in some of what we’re trying to achieve. But I would definitely see it as more of an evolution than a second take.

PCGN: What happens to Dust now? Are you continuing major development on that, or dialling down to focus on Project Legion?

JCG: It’s still a bit early to say. It really depends on what’s going to happen with Project Legion. Today, we’re ensuring we keep a really high quality experience on PlayStation 3 with Dust 514. That’s at least the plan as of today.

PCGN: Will Project Legion be integrated with EVE Online in the same way that Dust is?

JCG: Absolutely. A big part of that vision is the link with EVE Online. So more than ever it’s going to be really important that these two games interact, so absolutely.

PCGN: Do you foresee integration with something like Valkyrie, or with Oculus Rift?

PCGN: When you say other platforms, are you talking about console releases or Oculus Rift?

JCG: Actually I’m putting them all in the same bag. It’s tough to go for one or the other, it’s very early to say. We’re expanding, yes, but to where is too early to say. 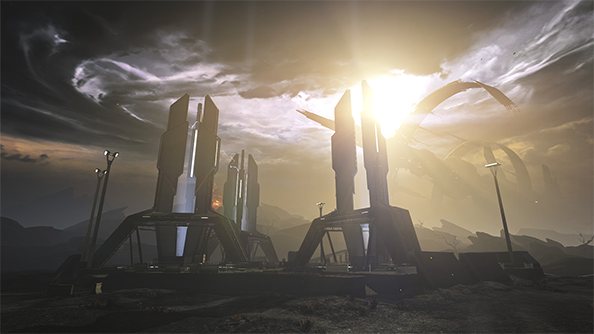