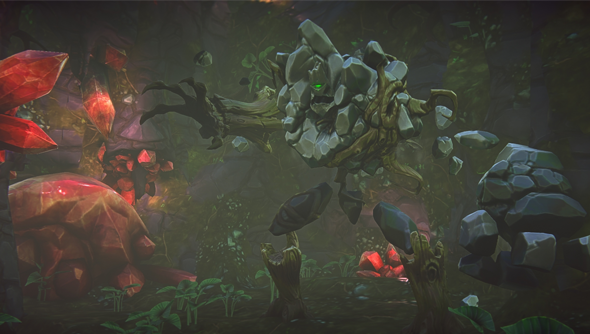 EverQuest Next wants to break the World of Warcraft mould. Not just break, developers SOE want to break that mould into tiny voxel pieces, then smash those itty bitty pieces with level-less characters who are a mix of 40 different classes. Then, they’ll take the powder residue that remains and smoosh it into the ground with an emergent world that generates quests and threats based on the actions of its players.

It sounds all kinds of amazing.

World of Warcraft cemented the MMO format back in 2004. Since then developers have been looking for new features that can set their game apart while still appealing to the same fanbase. They’ve tried quest-bearers that don’t have exclamation marks above their heads, server vs server battles, even moving the action to the game in Star Wars universe. None of it was enough to take the crown from Blizzard. SOE are making some radical changes to the MMO formula, making EverQuest Next one of the most intriguing games announced all year.

Everything is destructible but not by everyone

Every building in EverQuest Next can be levelled if you use enough force. SOE are building the world out of voxels, the same blocks at the core of Minecraft. The game won’t look like Minecraft: it just means that when a building is damaged the game is able to break the building into chunks based on the force and location of the impact.

Voxels present new opportunities for combat: bridges can be broken to hinder chasing mobs, walls smashed through to bring fort defenders crashing down from their raised advantage, and earth mounds can be raised to defend from attackers.

You won’t just be destroying things above ground: you can smash down, too. Secret caves can be broken into, loot discovered, and giant monsters disturbed, all by turning your sights earthwards.

Damage done to the world will heal over time but SOE haven’t determined how long that will take. It could be that the effects of a scuffle will be visible for days following the event.

SOE know that there’s a small portion of the internet who will want to destroy everything. Turning the world into what Slough should be: a flat, smouldering plain set about by piles of rubble. To that end, some buildings and locations won’t be able to be damaged by the players. Enemy creatures can still have a pop at them, though. 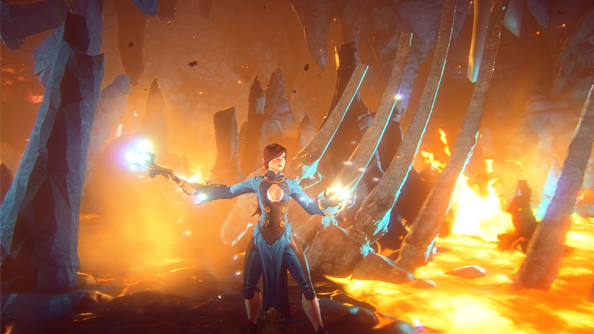 SOE want to break away from another convention: D&D rules. They’ve been at the heart of MMOs for years, and RPGs for longer. EverQuest Next won’t have levels and it won’t have rigid classes. Nor will you be filling your inventory with the Axe of Mangling +1. Instead you’ll discover classes as you search the world. These can be combined with one another to create multipurpose heroes, wizard-rogues and warrior-priests.

There’s no levelling system, either.

You start the game with access to around seven classes. Each class has four skills and two weapons to play with. All the abilities that you map to your hotbar come from these classes and what weapons you have equipped. The classes can be improved – each have tiers that can be unlocked – but it’s not a matter of getting experience to progress. “Your tier three warrior, in order to advance to tier four, has to collect a full suit of tier three armor,” lead designer Darrin McPherson told PC Gamer. “You have to have spent enough points in that class. You have to have accomplished a certain amount of things in the game in order to have advanced.”

This horizontal class system that places less emphasis on experience should reduce the need to grind. Should.

PC Gamer’s interview unearthed another nugget: some classes will become locked off depending on how you play. You can only become a paladin, for instance, if you’ve proven yourself to stand up for the underdog. If you leave a town as it’s being attacked by orcs and innocents are massacred, the holy orders may not want to take you into the fold.

Attribute modifiers are no longer connected to items, either. They’re something that you acquire and apply to yourself, not your equipment. Characters are dramatically changed by modifiers, much more than in your conventional RPG.

A stronger character can jump higher. They can reach parts of the world weaker characters can’t. EverQuest Next’s movement system’s taken lessons from Assassin’s Creed and you will get about the world by flinging yourself over crevasses and up walls. A boost to your strength and your agility will aid you in this greatly. Other attributes will affect your base abilities in a similar manner. Intelligence will grow the scale of your spells, leading to greater environmental destruction.

SOE are working on creating systems which allow for unique events, a reaction to the static nature of other MMOs. SOE’s answer is ‘rallying calls’.

Calls go out across the server, drawing players to a location to take part in a large-scale, possibly world-changing event. It might be that a city is about to be set upon by dragons. Players will need to travel to the city and mount a defence – manning the walls, raising earth fortifications, summoning elementals for support. The attack will only happen the one time and it’s possible that the players can lose. The city can be destroyed. That broken city would become a permanent mark of that event. 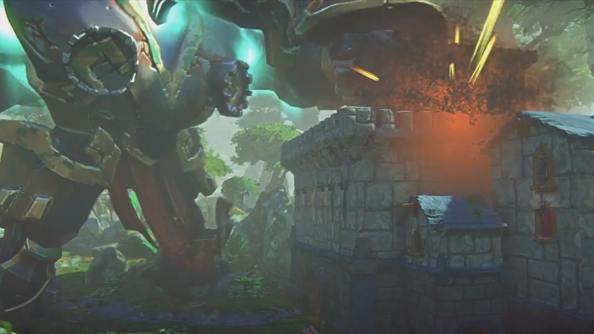 Game servers will have different histories, different landmarks, based on what Rallying Calls have taken place.

It won’t always be something aggressive and destructive. Rallying calls could ask for players to construct a city. Working together to plan the best layout for a new metropolis, one that can be defended against future attacks while still being of use to the players as a trade hub.

You can design and build your own corner of the world

Building cities for rallying calls wouldn’t be much fun if you only had stock models to work with; there’d be little variety and they wouldn’t be made to fit the landscape. Luckily, SOE have gone a little Minecraft and will be providing us with the tools to make our own creations.

You’ll be able to work towards owning a plot of land in a popular part of town. Earning the space by completing a chain of quests that earn you favour with the town’s lord. You don’t want to court the lord? if you’re more daring, build a home out in the wilderness where anyone (or anything) could rock up and take a pop at the foundations. The land will be a protected area where folk won’t be able to smash it up.

SOE want to get players building things as soon as possible. While EverQuest Next is still a ways from release, they’re releasing a building module, named Landmark, before the end of 2013.

Landmark has all the tools you’ll need to make the giant, lava-spewing stone penis of your dreams. But before it can find its way into EverQuest Next it has to go through a vetting process – that magma-dripping member may remain a private joy unless it’s approved.

Designers who get their work through the approval process can sell it through Next’s in-game store and get a slice of the profits.

NPCs have wants, desires, and memories

Storybricks is a further tool in SOE’s fight against static MMO design. SOE bought the technology after it failed to succeed on Kickstarter last year. It drops NPCs into the world that have their own individual scale of needs and wants. Their AI determines their movements and actions.

Designers don’t need to designate stretches of road where orcs will spawn, the AI takes care of it. Orcs have certain likes and dislikes; desert areas that aren’t regularly walked through by heroes are their favourite spots. They’ll start to collect in regions that fit their likes and form communities, set up a camp.

Orcs won’t move easily once they’ve found a cushy spot. If a human settlement sets up shop then the orcs will send out raiding parties. You’ll be called on to help repel the attacks which will see the orcs step up the strength and frequency of their assaults. Orc settlements in the area may begin allying against you, leading to larger attacks. All of this will be happening without the designers stepping in and making it happen.

Plus, the orcs might be fighting some other evil while scuffling with you. Razing their camps might lead to an attack by something bigger, worse, and more destructive.

NPCs will also have memories. If you were part of an attack on a town months before they’re unlikely to trust you when you return.

SOE have been working on EverQuest Next behind closed doors for years now and this is the first of the game they’ve shown to the press. What they’re proposing is extremely promising and, if they can pull it off, it would set the game up as something quite different from all other MMOs. No pressure, then.