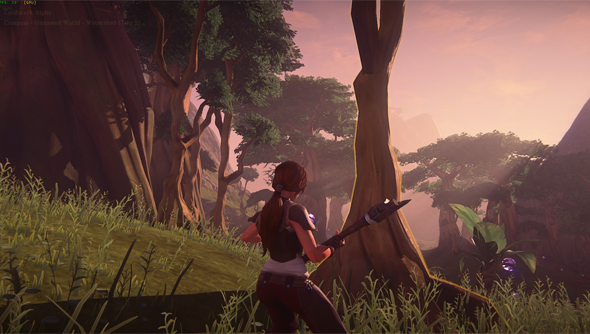 At the moment, £30 will get you a little flag to plant in Everquest Next Landmark, but it takes good fortune and a lot of walking to find somewhere worth sticking it. This is not Minecraft, where a whole server will happily be your oyster. It’s not due to be Minecraft, as awesome as Sony’s demos where people just fly around and build cool things without a care in the world have been. For all its frontier aspirations, this is a corporate take on the sandbox, up to and including planning to charge upkeep on your sandcastles. Summed up in a sentence or two, Minecraft was a game that started as a toy and exploded into a phenomenon with the force of exactly seventeen neutron bombs. Landmark was built to be part of an empire. 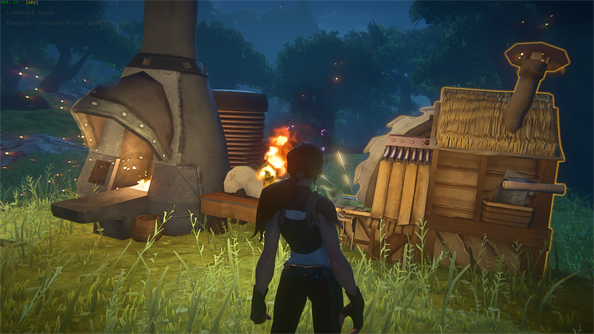 The most notable part of that is that it’s not your world that you’re stepping into, but shared islands on fixed servers that right now have almost entirely been claimed by other people. New servers have and can be added, easing that pressure, but simply finding a good spot to start building isn’t guaranteed. Once you have, you’ve still got to find building materials, not all of which are going to be available anywhere around you, and unsurprisingly you aren’t allowed to go hacking away in neighbour’s claims just because they have a tempting patch of gold you want to make a roof of. Ultimately, there’ll be monsters to fight and trading to be done, and people who do nothing but track down rare minerals and create templates for other players to buy and integrate into their own designs. There’ll be an economy, and guilds with epic builds, and all kinds of stuff. Hopefully it’ll end up being cool, allowing for both the stickiness Sony needs, and the satisfaction of working hard to make something great.

For now though, Landmark is mostly, well, kind of a buzzkill.

The thing is that as much as Sony no doubt salivates over ways to keep players coming back and devoting months on end to big projects, everything it does beyond Landmark’s tools are ways to keep you away from using them to the full. And make no mistake, Landmark’s tools are amazing. Staggeringly good in fact, making Minecraft look even more like a Lego set, and in theory at least allowing for almost anything to be created (visually at least; it currently lacks redstone and other functional blocks to breathe life and motion into them). Within the boundaries of your claim, you are God, obliterating the landscape by pointing where you want the big hole to be, to the point of decapitating mountains and hollowing them out in seconds. 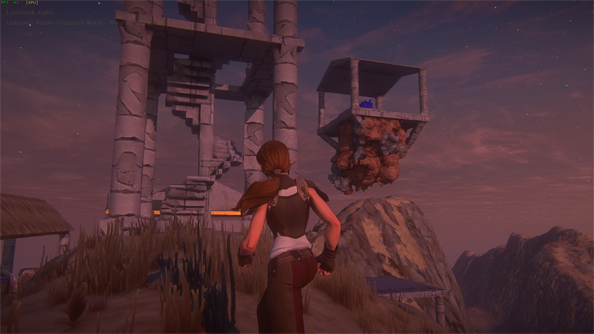 The construction side is every bit as good as promised, offering both straight-up building with blocks in Minecraft style, and slightly more controlled 3D modelling tools that allow the mousewheel to rotate, transform and scale static blocks on any axis. You can have smooth slopes. You can build with spheres. You can punch spheres out of smooth slopes if you like, with a wide variety of material types to make everything look right and the option to add polygonal props that wouldn’t be possible to carve out using even the smallest block type. Mistakes can be undone as easily as fixing a typo in a word processor, and while they do have to be crafted for frankly no good reason, advanced tools make it easy to lay down walls and copy and paste complicated architecture to both create templates and simplify big builds.

They’re great, exactly as good as Sony promised, allowing any player to put a unique stamp on their slice of the world and hinting at great things for Everquest Next proper. Building is joyful and as full of potential as a sheet of paper. A sheet of paper with god rays and huge vistas and characters flipping around on grappling hooks, yes, but you get the point.

The catch is that almost immediately, Landmark starts throwing up reminders that to create that really awesome winged tower you have in mind for the top of your hill, you’ll need a winged tower’s worth of stone. More, probably, if you’re after good looking stone, to say nothing of other materials that won’t be on your map, never mind in your domain – a tiered system controlling where things spawn.If you want something fancy, you’ve got to acquire it. That includes both tracking it down, and painstakingly crafting the gear required to mine and harvest it in a way that’s less lucking into the right components as grinding insane amounts of them. A basic bronze pick for instance requires several trees worth of wood, a bag of tourmaline, a ton of tin, more wood in plank form, and amusingly no actual bronze – except that which can be made from melting down your previous copper pick, because screw you, geology is greedy. 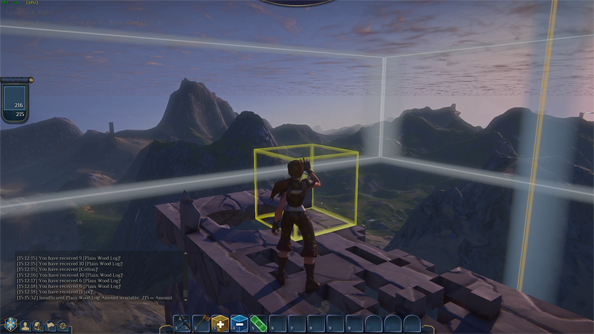 Now, you may think all that is perfectly reasonable. It’s a valid design choice, and definitely makes Landmark more of a game. However, playing Landmark in its current form and watching the videos of Sony employees in their special unlimited version of it makes for a sombre comparison that’s simply not in the alpha’s favour. They get a world of infinite possibilities. We get told that we’re out of stone and that our pickaxe is shit. (And yes, that includes the special one handed out by buying into the game. It is a glowy piece of poop.) Later on, Landmark is going to demand even more time to get into the cool stuff. In alpha for instance, everyone gets a free claim flag. In the future, that will have to be earned.

All this obviously makes sense in terms of the F2P model and building a structured experience, and it could well turn into an awesome mix of survival, crafting and team-work without the hostility of something like Rust or the parochial feel of a personal Minecraft server. For now though, those bits aren’t there, and the tools that are cry out… scream, really… for Minecraft’s Creative Mode freedom, rather than rules and game mechanics that actively make creativity the resource grind’s bitch. The ideal middle ground would seem to be letting players and groups pay to have their own pocket dimensions to which they can allow tourists access if they want, but essentially build at will, with more casual players staking claims in the regular worlds of Sony’s more structured MMO. That may or may not happen. Unless it does though, Minecraft has little to worry about in the ‘let’s build Westeros’ stakes.

For now though, it’s at least clear that both Landmark and Everquest Next proper are built on tools worthy of their hype and with much potential. To really see what they’re going to become however is going to take some more time, and with a cheaper $20/£14 beta buy-in currently due for the end of March, you’re probably better off waiting a little longer to see if Sony’s idea of what Landmark should be is close to the one in your head after its demos.